PALO Gallery is pleased to present A Universal Connection to the Cosmos exhibition by artist LeRone Wilson. 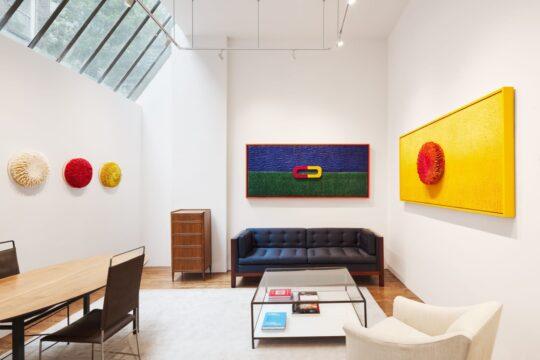 Wilson graduated from the School of Art and Design at the University of Illinois at Chicago. Over the years, the artist honed his encaustic craft, creating abstract sculpted paintings inspired by Kemetism, a revival of ancient Egyptian religion.

Wilson continues his use of encaustic in his recent works, the medium serving as a sustained homage to Kemetism. Beeswax itself is a critical component of Wilson’s oeuvre, not solely as a material but also as an anthropological medium of sorts. Honey, wax, and bees were crucial to Kemet society. For Wilson, beeswax became a vehicle for retracing history back to the kingdom of Kemet, now referred to as Egypt, reclaiming Black identity in the face of historical miseducation. For the last six years, Wilson has incorporated his Kemetic beliefs and studies into his abstract works via their conceptions, titles, palettes, and materials. Wilson’s newer work interprets the tomb inscriptions he encountered while traveling to Egypt, allowing him to explore his own personal history. 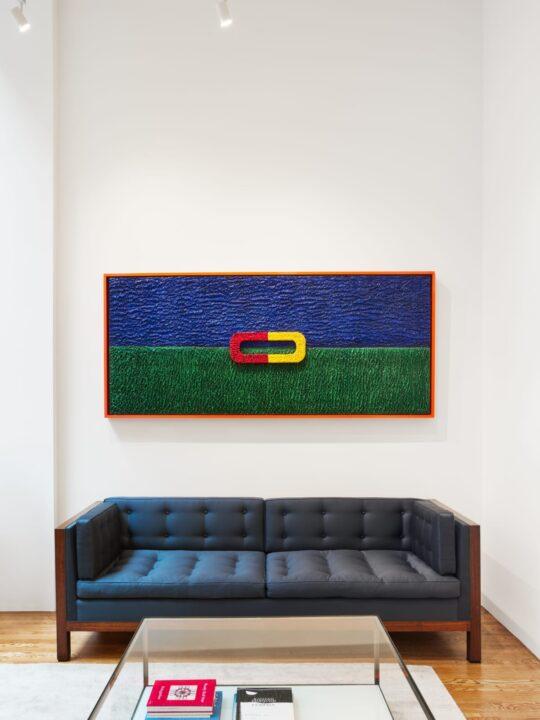 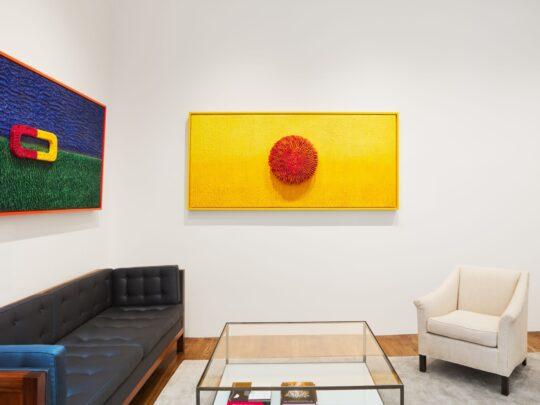 The beauty of Wilson’s sculptures lies in their intricate and infinite details. Each ridge, valley, and spiral, or “appendage,” as the artist refers to them, is meticulously created by the careful addition or removal of wax. Straddling the boundary between painting and sculpture, Wilson’s encaustic “sculpted paintings” are both abstract and minimalist. In his own words:

“Every component, every detail and every function has been reduced or condensed to the essential. The simplicity of my work explores the possibility of working creatively without disrupting the purity of the material”.

The result is a visual experience that engages the senses and promotes curiosity and introspection. 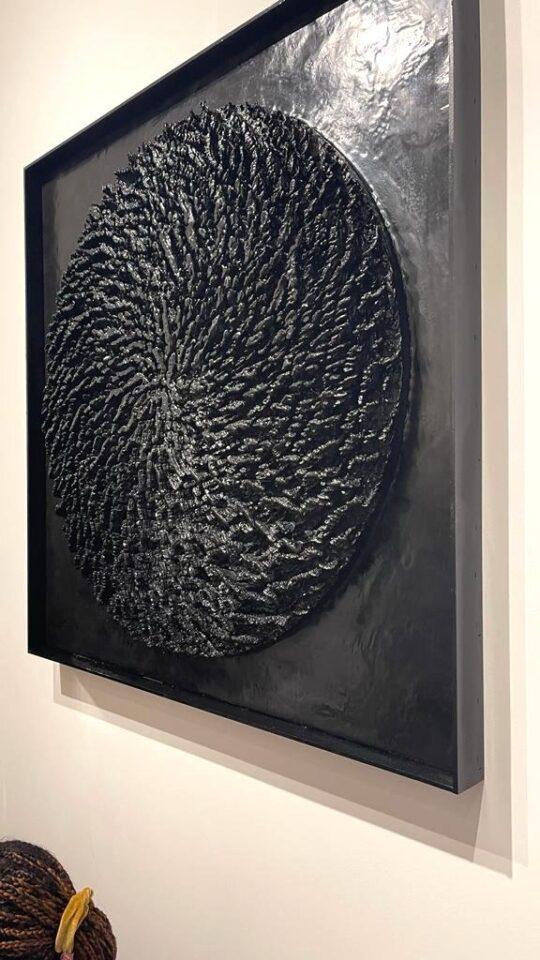 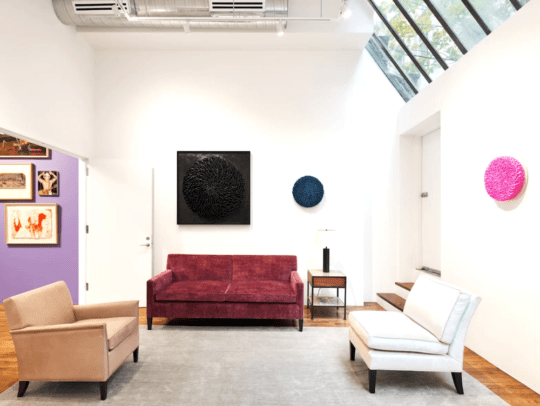 Using a mixture of beeswax, propolis, carnauba wax, and powder color pigment, Wilson builds his sculptures gradually by applying pigmented beeswax atop a foundation. Then, aided by his palette knives, he layers the molten, pigmented wax in sessions until the work takes on a desired form. 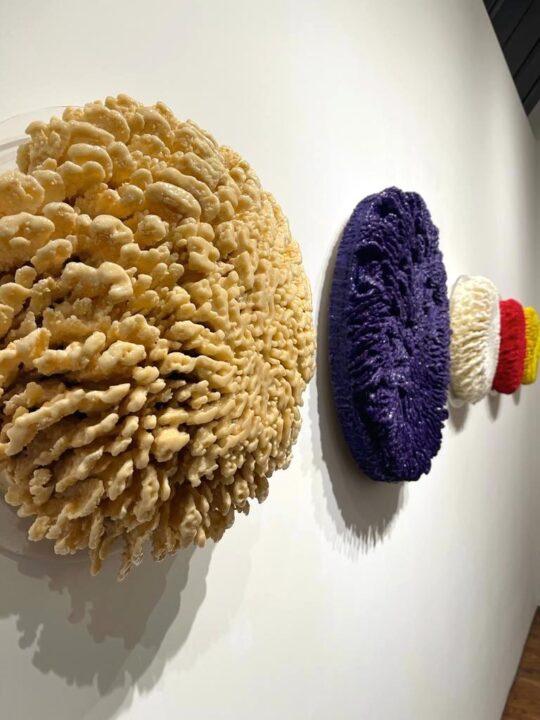 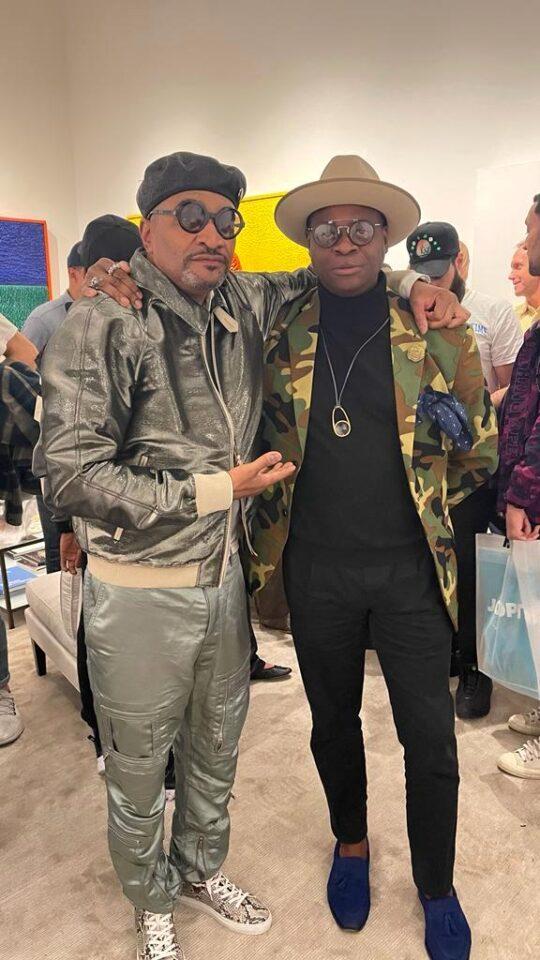 A Universal Connection to the Cosmos is on view until November 20, 2022

LeRone Wilson was featured at Art Basel Miami, where he won the Bombay Sapphire Artisan award. He also won Best in Show for the Carroll Harris Simms Awards, which honors Black artists, and was recognized as a finalist for the Louis Comfort Tiffany Award. Wilson participated in the Pierce and Hill Harper Foundation Artist Residency in Detroit. The Museum of Biblical Art, Uptown Triennial at Columbia University, the African American Museum in Dallas, and Cooper Hewitt’s Studio Museum have shown selections by Wilson. His work is currently on view at the Berkshire Botanical Garden.