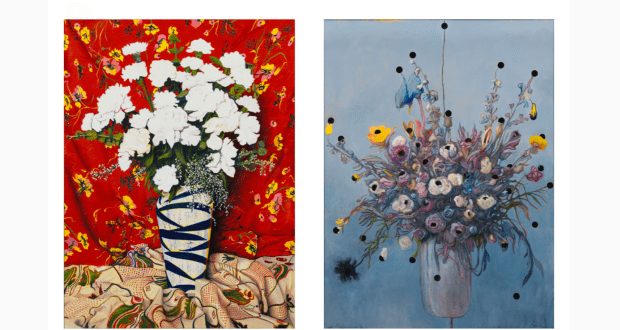 For over thirty years, Turner Prize-winning British artist Keith Tyson has used a variety of methods and materials to explore our reality and art’s role in representing it.

On 3 February, Hauser & Wirth will present new drawings and paintings from two of Tyson’s extensive and ongoing series, with works spanning both ground floor galleries of the 22nd Street location in New York City.

The first room will include Tyson’s latest large-scale flower paintings, made mostly during social isolation. Each canvas is rendered in a different aesthetic style, with Tyson reimagining the floral still life genre through varying scientific, mathematical, and art-historical frameworks. 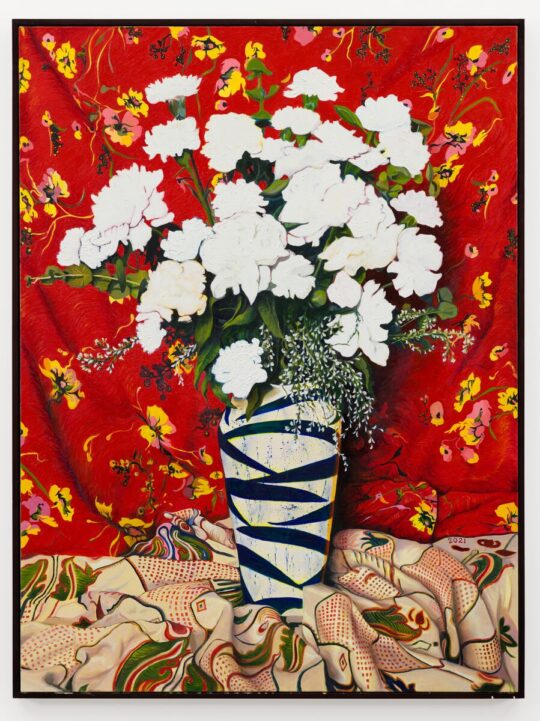 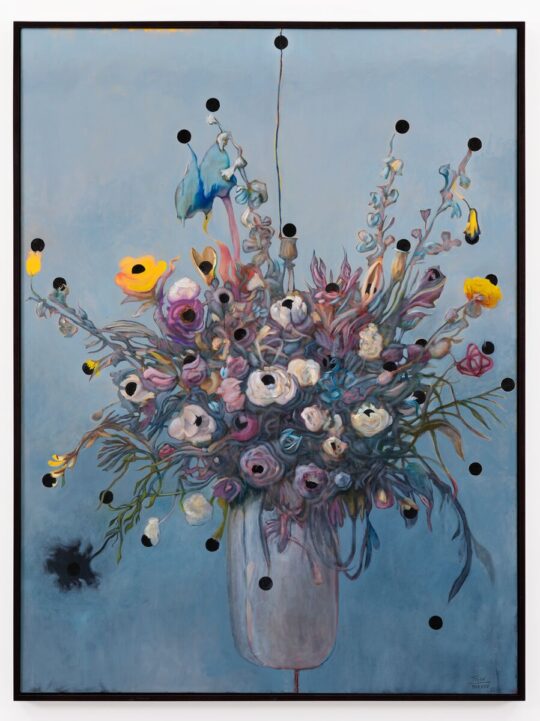 The second room of the exhibition is devoted to the newest iterations of Tyson’s Studio Wall Drawing series, initiated in 1997. Painted on identically sized sheets of paper and displayed together in a grid-like formation, these works occupy the same overall proportions as one of the walls in the artist’s first studio. Shown together, his drawings form a poetic record of passing time, as a group they exist somewhere between a sketchbook, a journal, a poem, and a painting. 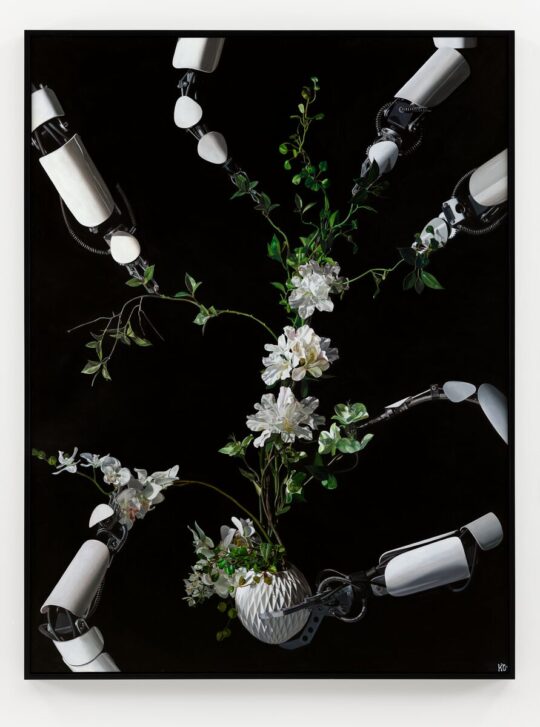 Tyson’s still life paintings bring together disparate styles and techniques, concepts, and ideas. The genre has become a place from which the artist, who eschews the notion of a signature style, is able to launch infinite painterly explorations. In ‘Still Life Connecting Worlds Without End’ (2021), Tyson began with a semi-random mathematical distribution of black points as the armature for the still-life to emerge; each black hole was then surrounded by a little galaxy of paint. The work titled ‘Still Life with No Sense of Self’ (2021) was made with an intense impasto technique in the background, but the flowers themselves are devoid of color and detail, comprising just a hint of underpainting. Each of these works has materialized spontaneously through Tyson’s process of making: separate macrocosms tied together through the medium and subject. 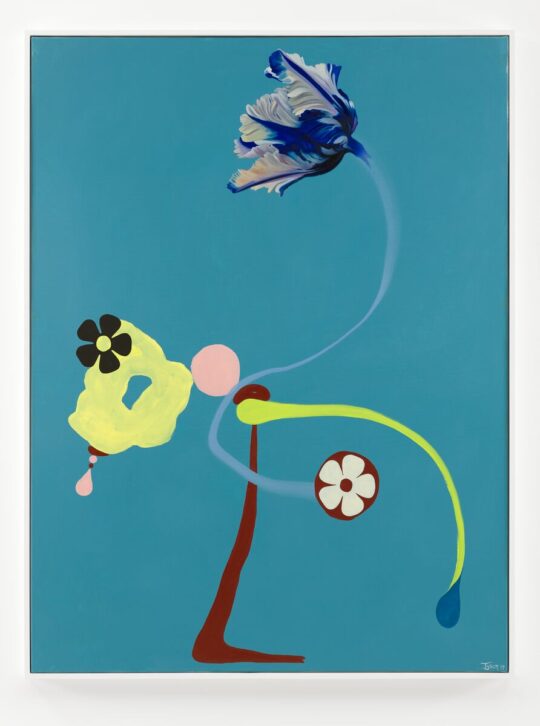 In an interview for his upcoming monograph with Thames and Hudson, Tyson reflects on this series of works, saying, ‘There’s a big difference between the subject of a painting and its content. Flowers are obviously a great subject for a painter because they utilize the same phenomena as a painting does; namely color. One just has to twist one’s wrist and some sort of petal emerges. They are delicate structures embodied in an ecosystem. They are also lusty; in the sense, they are the reproductive organs of a plant. But then once that’s been established as the subject of a painting then one begins to explore the possible content – which literally could be anything at all. This will emerge over time and can be quite surprising. When they work, then each painting becomes a universe unto itself.’

While the floral still lives are an exercise in material chaos and control, Tyson’s Studio Wall Drawings series is akin to a visual database, a record of the artist’s daily mediations on the passing of time and the complexity of human existence. The largest of the five works on view from this series is ‘Two Decades in Time and Space’ (2000 – 2020), which consists of 42 individual works on paper, made over the last 20 years, curated together with no obvious chronological or thematic order. Influenced by On Kawara’s date paintings, each individual panel reflects a significant date or time, drawing on Tyson’s memories of both personal and historical events; a text-based work marking the day the United Kingdom voted to leave the European Union could be juxtaposed with a portrait of a Hells Angel biker – part Dennis Hopper obituary, part portrait of the artist’s father. Together, they represent a patchwork of the inner and outer worlds we all carry with us and speak to the idea that time is configured through our individual personal experiences and a larger cultural context.