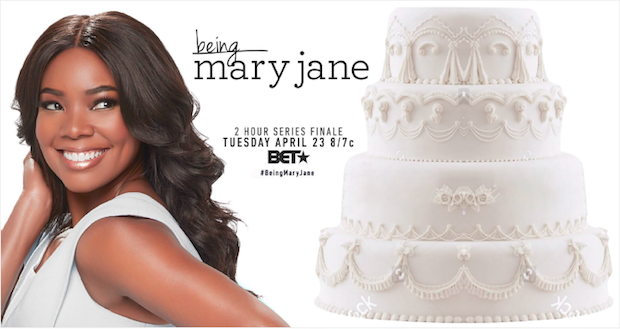 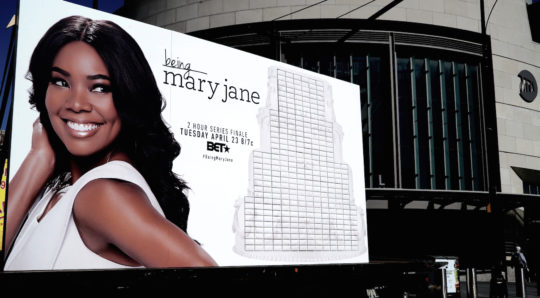 The interactive edible Instagram experience allows fans to get a “taste” of the big finale wedding event. From afar, the billboard appears to be standard OOH promotion, but the closer fans get, they realize the four tiered wedding cake is actually made from individual boxes, each filled with a slice of wedding cake.
This special wedding cake was created by renowned restaurateur, NY Times best-selling cookbook author, and host and executive producer of ABC’s upcoming new show “Family Food Fight”, Ayesha Curry, whose recipe adds a new twist on the classic wedding cake. Each box will be a “sweet” way to send Mary Jane off in a major way. “Being Mary Jane” devotees can simply walk up, pull a box from the billboard, and enjoy a piece.
“Throughout all four seasons, “Being Mary Jane” drew viewers in with its raw and honest voice, enabling fans to connect with our beautifully flawed heroine in more ways than one,” said Connie Orlando, Head of Original Programming at BET Networks.  “With this interactive experience, we are creating a unique space for our audience to celebrate Mary Jane Paul and take a ‘piece’ of their favorite show with them.”
The series finale of “Being Mary Jane” airs on BET, Tuesday, April 23 at 8 pm ET/PT. Starring Gabrielle Union, the movie event boasts an all-star cast including Michael Ealy, Morris Chestnut, Lisa Vidal, Richard Roundtree, Margaret Avery, Richard Brooks, BJ Britt, Raven Goodwin and Nicholas Gonzalez.  As this chapter draws to a close, “Being Mary Jane” will bow out with the same authentic voice that resonated with fans and made them fall in love with Mary Jane. 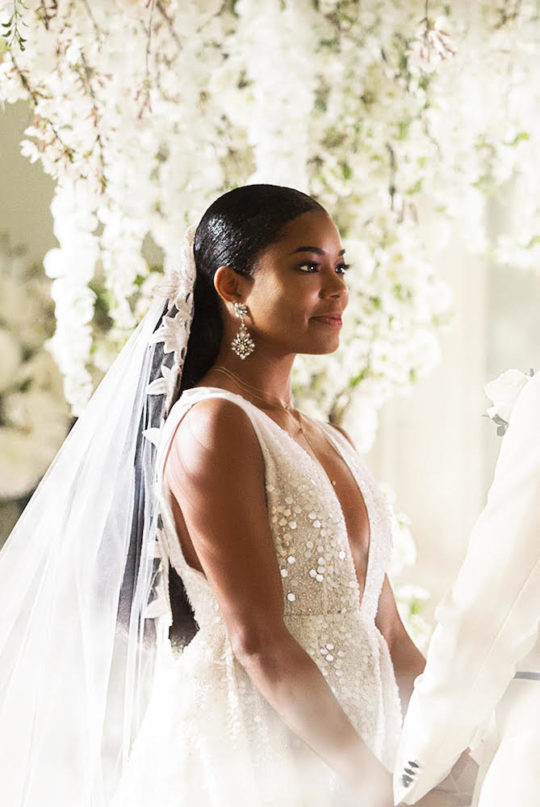 The “Being Mary Jane” finale movie resumes with the fallout between Mary Jane and Justin (Michael Ealy) that closed season four.  While the question remains whether she has found the right man, fans are left wondering if she will ever have a child of her own.  Viewers last saw Mary Jane revisiting her fertility clinic to implant her frozen embryos…right before coming home to a surprise marriage proposal from Justin!  Will Mary Jane say yes to Justin? Will she get her long-awaited chance at a family? Will she get her fairytale ending or will she reinvent what living happily ever after really means? With so many unanswered questions, only time will tell if Mary Jane has finally found a way to have it all.
Highlights of the Being Mary Jane Edible Billboard include:

The entire activation is a huge Instagramable moment that allows fans to step inside the show and participate in the pinnacle of Mary Jane’s journey by giving them a piece of her wedding cake from an edible billboard (Size: 9.5 ft. (Tall) x 18 ft. (Wide) x 4 ft. (Deep)).  Each box is branded with tune-in information and includes a post-it message of inspiration from Mary Jane.

About Being Mary Jane