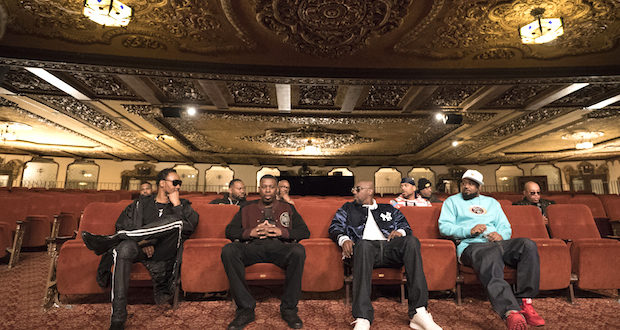 Wu-Tang Clan’s debut album Enter The 36 Chambers made its debut on November 9, 1993. The title originates from the 1978 martial arts film The 36th Chamber of Shaolin. 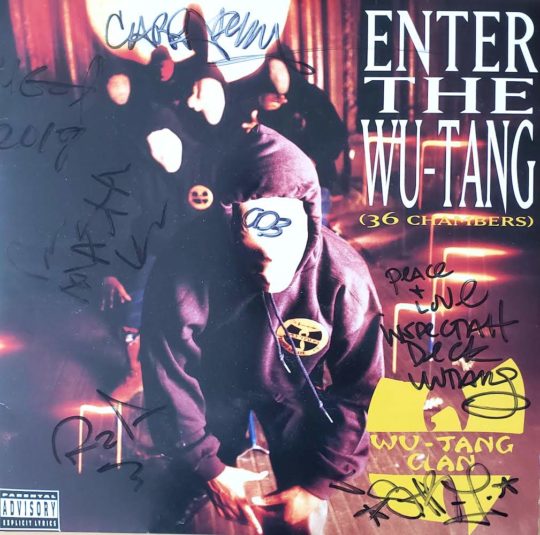 Its influence helped lead the way for several other hip hop artists, including Nas, The Notorious B.I.G., Mobb Deep, and Jay-Z.

25 Years later, WU-TANG CLAN: OF MICS AND MEN, a 4-part limited docuseries from filmmaker Sacha Jenkins will make its debut on the Showtime Network on May 10.

Jenkins’ relationship with the group dates back to the early ’90s when, as a co-founding publisher of one of hip-hop’s first zines, Beat Down, he gave the group its first cover.

The series looks back on their career, combining intimate and reflective interviews from each of the nine living members with never-before-seen archival footage and performances. 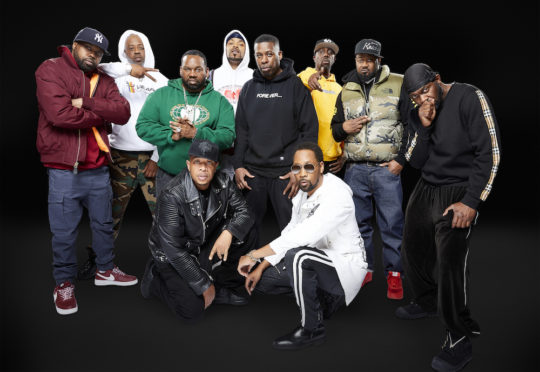 The series follows the founding members – RZA, GZA, Ol’ Dirty Bastard, Inspectah Deck, Raekwon the Chef, U-God, Ghostface Killah, Method Man, Masta Killa and Cappadonna – many of whom were childhood friends in the hardscrabble world of ’70s and ’80s Staten Island and Brooklyn. Jonn Nubian of YRB magazine sat down with the Wu-Tang Clan and director Sacha Jenkins during the Tribeca Film Festival to discuss OF MICS AND MEN.

YRB: Why do this documentary now?

Sacha Jenkins: I started my career in a way with Wu-Tang. I used to publish a hip-hop newspaper called Beat Down and we were the first to give them major coverage. 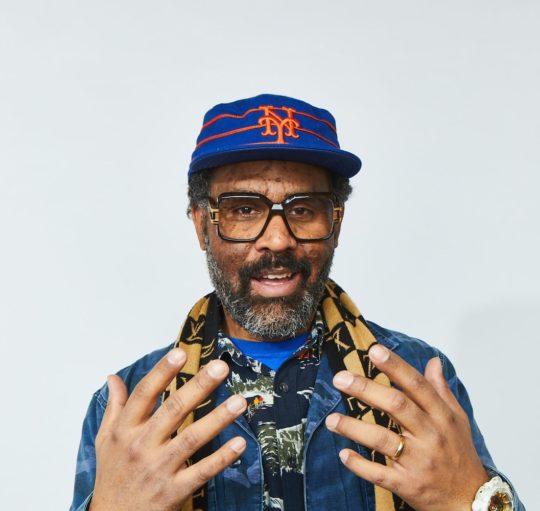 As a storyteller, to have the opportunity 25 years later to tell that story when they were ready to tell it, was very important.

For me, it’s a story beyond just the music. It’s a story of racism, Staten Island, horrible school systems, The 5 Percent Nation and how HIP-HOP was a spiritual leader for all of us and changed our lives. What they made was the soundtrack to my life and many of our lives, but also what they experienced was the same thing I experienced in my own neighborhood.

I felt it was important to make something for people to have a better understanding of the music. The music is incredible, but where did the music come from? What was the climate and environment that fostered who they became and where they are today?

YRB: How did this project come to be?

Sacha Jenkins: I’d heard that RZA was interested in a documentary that explored 25 years of Wu-Tang and the global reach of the group. This information came via Mass Appeal’s agent Jad Dayeh at WME. Turns out Jad is also RZA’s agent, so he arranged for a meeting.

RZA was in talks with multiple brand-band production companies. I told him that any one of those companies can do a fine enough job but none of them are capable of doing what I can do. Because I’m of it. From it.

YRB: How has your journalism background groomed you to be a film director?

YRB: How did you find all the archive footage for the series?

Sacha Jenkins: It was very natural to have a camcorder back then. These guys were artists on the rise. We are able to gain access to a lot of it.

Cappadonna: They sent goons to our families’ houses! (laughter) They got footage that we didn’t know existed. 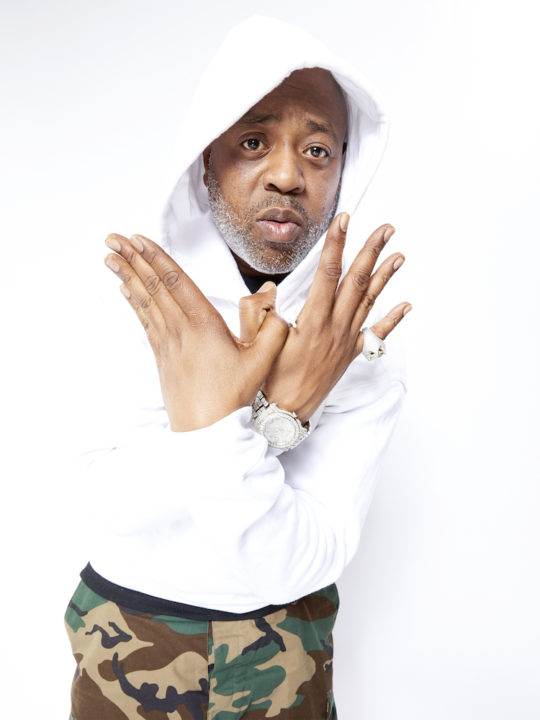 Sacha Jenkins: (Turns to Inspectah Deck) We have footage of YOU, in your bedroom making a beat on a keyboard and then looking out the window.

Inspectah Deck: Wow! It was a EPS 16 plus, after watching RZA making beats for years I bought one and taught myself how to use it. No YouTube videos back then, just trial and error, losing beats and breaking floppy disks. That’s crazy! 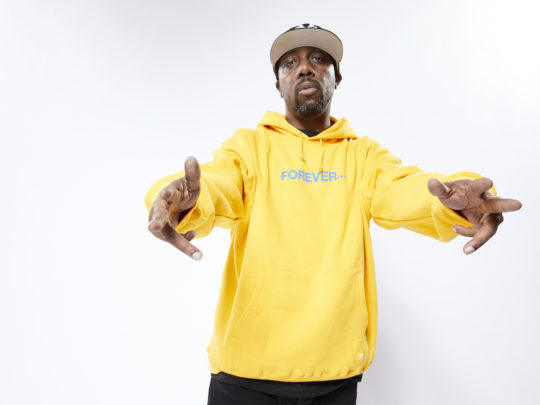 U-GOD: There’s some footage I saw that I didn’t even know we were being recorded at the time.

RZA: Some of the rare footage comes from the GZA. He was allowed to be in the room from the beginning. Sacha and his team at Mass Appeal went through a LOT of footage.

When we decided to work with him, one of the task was that this documentary should be The Bible, the television series we announced recently with Hulu should be like Ben Hur and the ODB movie would be the Purity.

YRB: Tell us about getting your album to Stretch Armstrong and Bobbito and the first time you heard your music on the radio.

Inspectah Deck: I remember not being able to get in the building.

U-GOD: We had hoodies and bulletproof vests on, we were scary. There were too many of us.

Inspectah Deck: Eventually we made it up there. I remember Busta Rhymes, and Leaders of the New School, QTip and Phife Dawg being up there at that time. You had to freestyle on the Stretch and Bobbito Show and prove to the people you were ready to take on that platform.

U-GOD: Our manager Mook had a Scorpion, a 2 door car and we would drive that car everywhere for radio and college promo tours. I still have the pair of Timberland boots I wore back then that I call ”the boots that paved the way”.

After we started making money I put those boots up in the closet.

YRB: Do you feel the documentary compliments your book, Raw, My Journey into Wu-Tang? 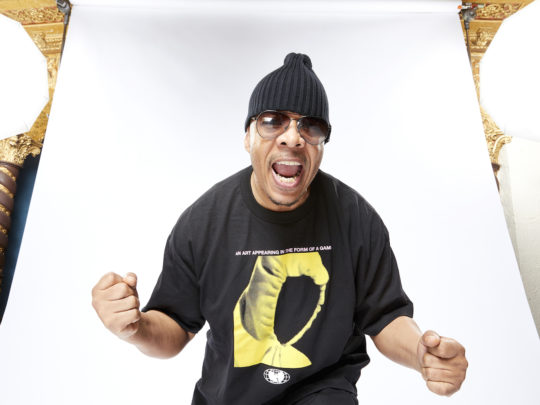 U-GOD: There are some things I had to tone down a bit, the book is really, really raw! The series and the book definitely compliment each other.

YRB: At the time the first Wu-Tang album came out, there was a lot of misogynistic messaging in hip-hop and your lyrics didn’t reflect that. Can you talk about that choice and your respect for women in your music?

Inspectah Deck: We love our women more than that. Our generation came from the strong black women foundation. We didn’t have that energy. Black women in our society have it just as hard as Black men. There is no need for us to knock each other down. I don’t even say the word bitch in my songs. I think it was subconscious. 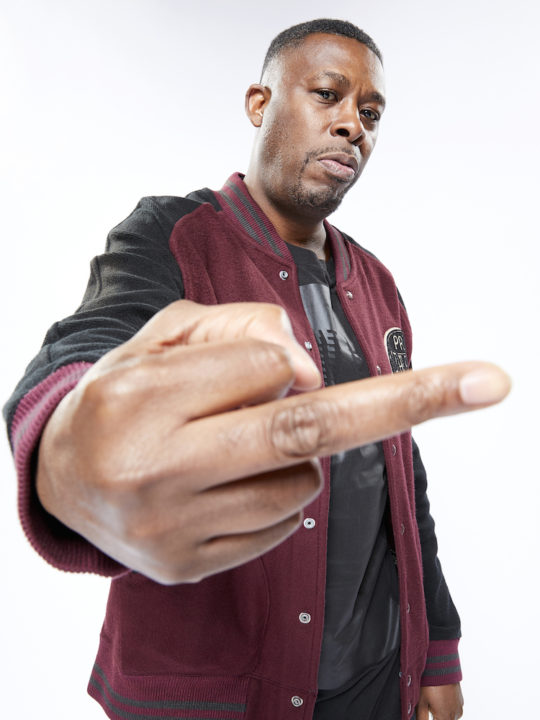 You could go to the roughest neighborhood and see the most gangster, thugged out dude that would rob, kill, or shoot you. He would HELP an old lady with her grocery bags and still say Good morning, Excuse me and Pardon me.

U-GOD: My old grandmother was from down South, so I always respected women in my family. One thing we all have in common is we grew up without fathers. So the women are Queens!

RZA: We do have a portion of misogynistic lyrics in our songs. That is not the core of us.

GZA once said “Homicide’s illegal and death is the penalty. What justifies the homicide, when he dies? In his own iniquity…“ (From the song, The Mystery of Chessboxin’).

Meaning, when he made his mistakes and caused all this violence it all came back on him. With Wu-Tang, you are going to find that black jelly bean in that box too.

Eat that one last! (laughter)

YRB: How do you feel about the documentary?

RZA: I think our director did a great job. I think its good filmmaking when you walk out the theatre and you are still trying to figure it out. It’s very touching and it’s like a tug of war for me. 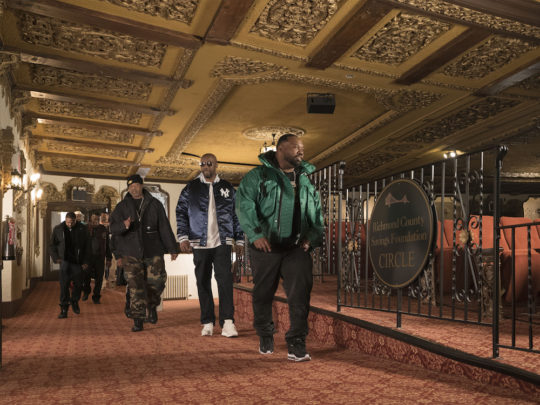 YRB: What are your thoughts of the cultural capital of Wu-Tang Clan and how it has grown in the past 25 years?

RZA: First and foremost it’s a blessing! At the same time in all respect and without ego, the Wu-Tang is healthy. In the lyricism, the experience and even this documentary. 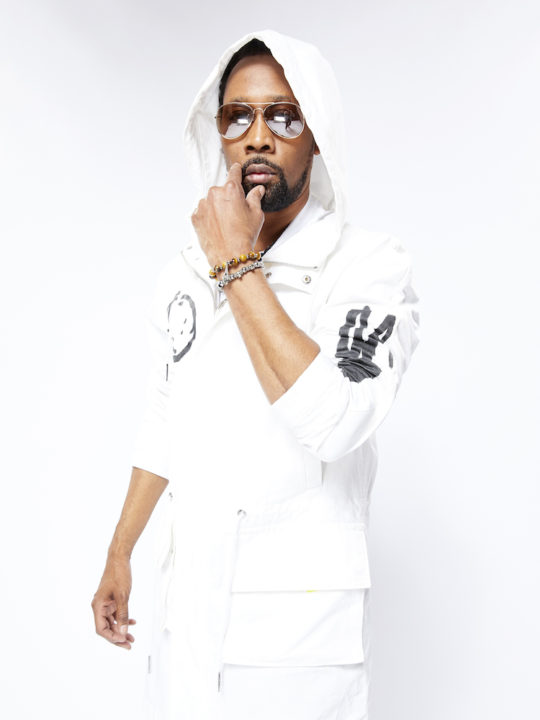 Watching what these black men went through, watching what our communities went through. It’s the same community that was fighting us with racism. Some of those people became our friends and joined our organization. 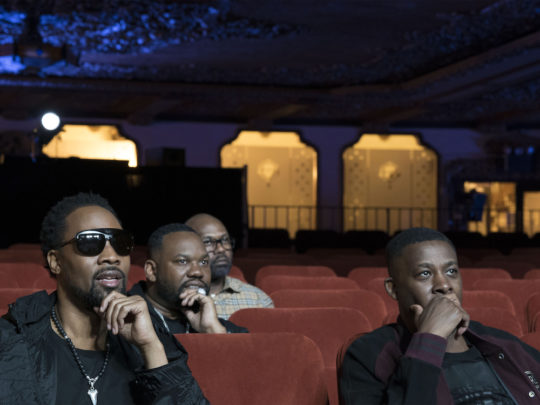 The climate has changed. Staten Island is proud of Wu-Tang, they have given us our own street district. 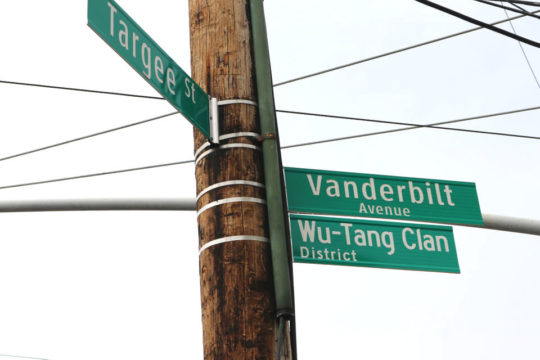 That’s the change of what Wu-Tang helped in a small way. When you hear Kanye West is inspired by WU and years later see BrockHampton at Coachella with a Wu-Tang T-shirt on, we understand that it was our life and duty to speak the truth.

The truth has a magnetic attraction to it. It multiplied and it is a blessing that we are the oracles to it.

Growing up, we didn’t even want to go to school. There is a scene in the documentary where Cappadonna sees graffiti that reads; “KKK, Kill All Niggas”.

Who wants to go to school after seeing that? School or the streets became the prison cell for us. Our escape was Kung-Fu movies and comic books and following wherever Stan Lee was taking us. Now, Divine’s daughter is graduating from Spelman. Method Man couldn’t be here today because his son is going through college orientation.

That’s the rewards that come back on us.

YRB: What is your favorite country to perform?

Masta Killa:  That’s a tough question. We go to certain places on this planet where they don’t speak our language, but they know ALL of our lyrics. That’s a blessing. 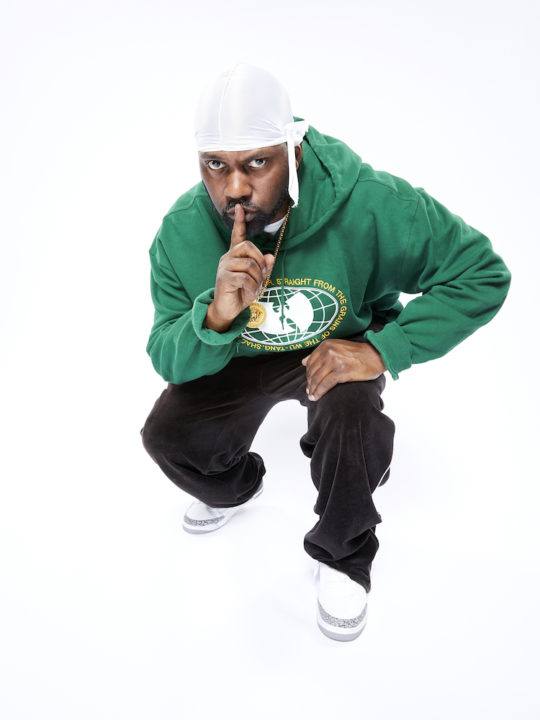 YRB: Is there a new Wu-Tang Album coming?

(YDB is the son Ol’ Dirty Bastard, a founding member who died in 2004)

A great joy for me is when I’m on stage and I look over and see YDB performing his father’s lyrics. I’m glad that we have all evolved for him to occupy that space. 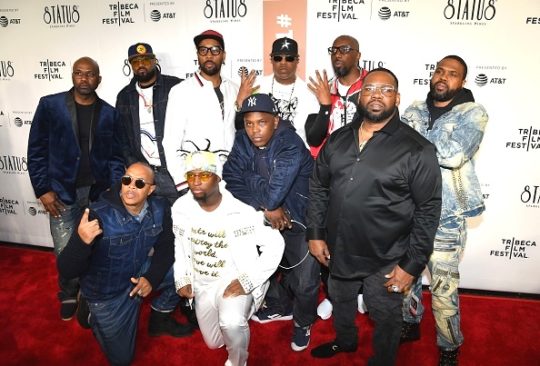 The 4 part series, WU-TANG CLAN: OF MICS AND MEN premieres on May 10 on Showtime. Click here for additional information.