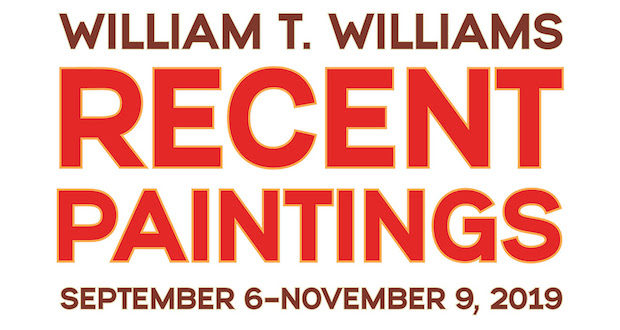 Michael Rosenfeld Gallery is pleased to present its fourth solo exhibition for William T. Williams (American, b. 1942), showcasing a new body of paintings.

Scheduled to be on view from September 6 to November 9, 2019, William T. Williams: Recent Paintings will feature 35 paintings from the 465 Series, the first series of paintings completed by Williams in his rural Connecticut studio. A masterful colorist, his new work continues to expand our understanding of abstraction and positions Williams as one of the great abstractionists of his generation.

The work of William T. Williams resonates with cultural history and personal memories of a childhood spent in the urban environments of New York as well as the southern landscapes of rural North Carolina, where he was born. Returning to country life, the artist’s recent relocation of his studio from New York City to the natural environment of Connecticut embodies a renewed vision toward painting. There, he has reinvented his studio practice in a soaring, light-filled, renovated barn, replete with large windows that overlook an ever-changing landscape. 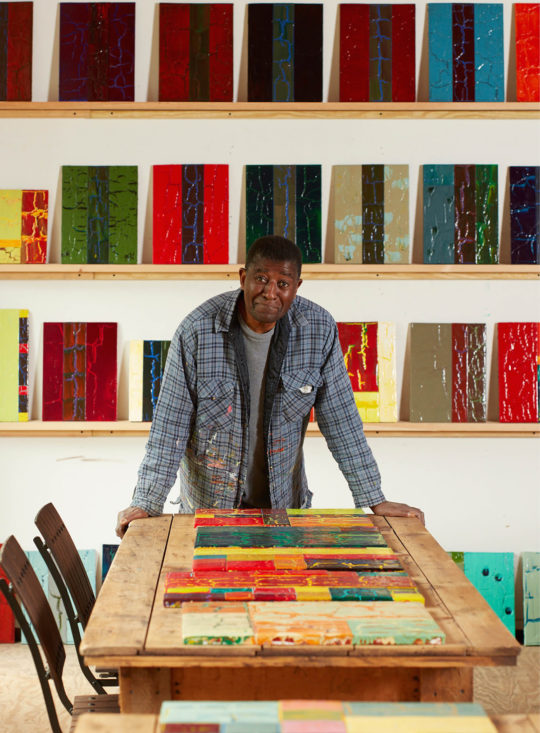 William T. Williams: Recent Paintings will be the first exhibition of the new body of work produced under the natural light and rhythms of Williams’ new studio. This environment, immersed in nature, has had a profound effect on the artist’s recent work, whose richly-hued abstractions reflect the shifting dynamics of seasonal and atmospheric change.

The dynamism of these natural ebbs and flows permeates Williams’ paintings, creating discernible shifts felt palpably through composition and color. The complex palettes of this life-long colorist will be showcased, from the vibrant and bold to the muted and somber. Working at a smaller, more intimate scale than ever before, Williams has experimented with the combination of multiple canvases.

The seriality of the paintings offers a meditative form of time-keeping, a cyclical repetition that structures and documents his daily routine in the studio. Their multi-color grid compositions of layered paint recall the quilts that were prominent in the Williams’ household. This modular approach of “patch-working” individual panels together employs varying configurations of contrasting forms and colors to generate dialogues within each work.

The work of William T. Williams is deeply influenced and inspired by jazz, and the artist has referred to his method of working through distinct series as that of a “theme and variations.” On the occasion of William T. Williams: Recent Paintings, the artist has developed a jazz playlist of 30 favorites. The playlist includes iconic tracks that are in frequent rotation in the artist’s studio by jazz legends such as John Coltrane and Miles Davis and contemporary musicians and composers like Jason Moran, Ron Carter, Karen Patterson and Wynton Marsalis. Williams observed recently,

“I start out every day with Coleman Hawkins, because that brings me back to a specific time, and there’s a tone that he has in his music that I really love… When I’m working, I listen to different musicians for different things… Each musician brings different nuances to the environment which affects my own thinking. Music is a constant in my studio.”

Listen to the Recent Paintings Playlist:

The 465 Series extends on the techniques and formats explored in the 111 ½ Series, which Williams has described as a record of “place as a specific type of poetry.” Similarly bearing reference to the artist’s address, this new series continues the artist’s consistent exploration of tactility, gesture, color and mark-making. The paintings’ titles include personal and autobiographical references that reflect on a composite of experiences and memories from throughout his life. Together, they illuminate how abstraction became the mode through which Williams felt free to explore both representational and symbolic imagery in his work.

About William T. Williams
The work of William T. Williams (b. 1942) ranges in style from his early geometric abstractions, to almost-monochromatic explorations of texture, to an abstraction that derives its force from productive tension among colors and forms. While he has consistently tested the limits of his earlier styles and developed new approaches, his meticulous attention to the process of art making has remained constant. A master of brushwork and color, Williams creates his paintings in series, working through a labor-intensive process that often includes drawings, watercolors and prints.

From the outset of his career, Williams’ art was characterized by bold color and daring compositions that paid homage to and challenged the abstraction that had come before it. He emerged at a time when abstract expressionism was in decline, while pop art, color field painting, and minimalism were on the rise. Concurrent with this aesthetic transition were social and political transformations that saw artists, intellectuals, and activists challenging the exclusionary practices of New York’s white- and male-dominated art institutions. These critiques came in multiple forms, including an approach to art that favored figural representation embedded in a politics of struggle and an assertion of identities misrepresented by or excluded from American culture. Such images were a necessary correction to a history of omission and caricature, but they risked being received by the art establishment in a way that affirmed its tendency to ignore work by abstract artists who were also African American.