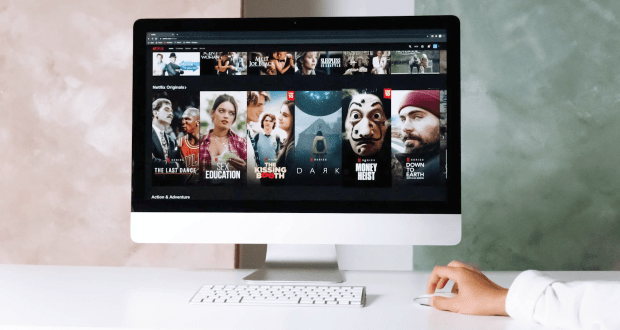 It’s estimated that there are around 119.9 million TV households across the US, with consumers spending an average of 3 hours and 58 minutes daily in front of those little black boxes. Of those, nearly 44% now watch less live television in place of streaming, a figure that’s only risen as more of us than ever have been locked in the house with daytime television the only alternative.

Of course, streaming services are nothing new, and big-hitters like Netflix and Amazon Prime have been taking the world by storm since as far back as 2012. Nearly ten years on, streaming has changed the way we watch for good, allowing us to tailor our viewing experiences, access the latest films for less, and generally enjoy good entertainment no matter the time or our locations.

Whether you’ve only paddled in streaming services until now, or you’re simply finding your choices overwhelming as streaming becomes the norm rather than the exception, getting ahead here sooner rather than later is key. That’s why we’ve put together a complete streaming guide to ensure that you’re ready for the moment when the future of television truly lands.

Step 1 – Set up your connection

Analogue television relied on nothing more than a well-fitted satellite, but those days are long behind us. Now, streaming services run through the internet, meaning that we can watch them wherever we are, and whenever suits. Unfortunately, while a substandard broadband connection might have sufficed for the odd Netflix show, we could all benefit from reconsidering our connections with the future of streaming in mind.

This largely means understanding your existing connection speeds, and testing whether these can withstand heavy streaming usage. As a general rule, you’ll need –

Most platforms now use HD, though this is obviously set to change as 4K becomes more prevalent. As such, anyone looking to future proof their broadband should aim for connection speeds of 25+. If you’re reluctant to go that high, you at least need a connection of 5 Mbps. After all, standard definition just doesn’t cut it nowadays, nor is it compatible with the vast majority of modern streaming solutions.

Netflix was streaming gold not too long ago, but there is now a wide range of streaming platforms to choose from, and they each offer an incredibly different service. This can make it difficult to know where to invest your time, but there are some key indicators to help you make this decision, including –

The good news is that, regardless of your answers here, you don’t have to settle for one service. In fact, ‘streaming packages’ are now an entertainment must, and enable you to enjoy everything from high-cost options like Amazon Prime, right through to free streaming solutions like DistroTV, which bring existing channels within easy streaming reach wherever or whenever you need them. Other additions to bulk out your package could include Disney+ for the kids or ESPN+ for all your sporting needs.

Knowing that you have this mix and match option is great, especially when you pair it with the budget you settled on during your initial deliberations. To make sure that you’re merging an inclusive streaming solution, you can further simplify this process by –

This last point is especially easy to do with free streaming platforms, but even providers like Netflix and Amazon Prime offer the benefit of free trials. Make the most of these, and pair them with any free platforms you’re considering to get a real feel for what works and what doesn’t. Then, write it all down in your diary and come back to those notes when it’s finally time to make your choices. 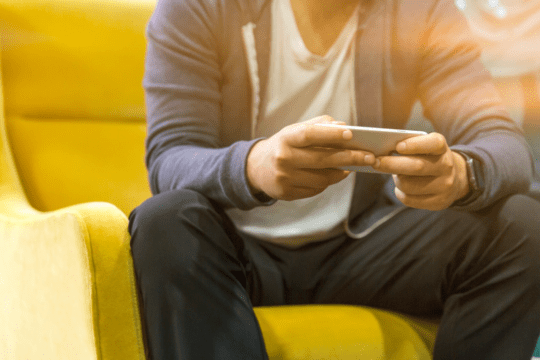 The ability to watch programs on the go is the main draw for most streaming platforms, but you’ll also want to consider the devices on offer before you get stuck in. Right now, there are a few notable common ways to access streaming services, and these include –

Really, every device listed brings wide streaming benefits, so deciding is very much a case of personal preference, and will typically come down to key considerations like where you intend to do your streaming from, the specific streaming apps you intend to use, and the size of screen you want to watch from.

Even once you’ve settled on your streaming package and your device of choice, it isn’t time to settle down just yet. Rather, this is the moment when you can finally streamline your streaming at last by tailoring your feed according to your preferences.

Obviously, this isn’t going to apply to platforms that stream live television as such, but more user-led platforms like Netflix provide a wealth of viewing options that can be incredibly overwhelming. Fail to get on top of these, and you may spend hours browsing without ever finding the perfect fit. New users will have to put up with this for a while at least, but you can quickly tailor your feed to better suit your tastes by –

On most recommendation-based platforms, these efforts will help you to chip away at the algorithm, ensuring recommendations you actually want to watch, and keeping you up to date with any new additions worth putting in your watch later list.

As much as it’s important to review programs yourself, it’s also fundamental that you check out reviews that other users leave. These are available on any platform that provides film or series streaming and, even if you’ve taken time to tailor your feed, they’re a crucial factor for saving you time and ensuring top-quality viewing. The slightly unfortunate thing about streaming platform reviews is that they tend to be a basic star rating rather than an in-depth discussion (though Amazon users can view written reviews online). Really, though, streaming platform reviews are in place to help you to make the most of your time spent browsing. This is an especially crucial aspect when paired with a feed that suits your tastes, meaning that you can select a program as quickly through your streaming service as you would on mainstream television and that you can rest easy in your decision. In a world where various streaming services are about to become the norm for every household, this is an especially crucial way to get your viewing right every single time.

Step 5 – Don’t be afraid to reassess your choices

Like any fast-moving technology, streaming isn’t standing still right now, and neither should your choices. Rather, you should reassess what you’re watching and where you’re watching it at least every six months. Again, this isn’t so relevant for free streaming options which can continue to bring value to your streaming package, but if you’re paying for a service, you could certainly benefit from continually making sure you’re getting the best value.

The good news here is that most major paid streaming platforms operate on a monthly fee that you can cancel at any time. As such, even if you do find that Amazon Prime doesn’t beat Apple TV+ for you a few months down the line, you can cancel on that same day and start enjoying an altogether different viewing opportunity that might just fit you better. But, hey; even if it doesn’t, you can reassess things again next month until you get it right!

With all of this in mind, ask yourself – are you ready for the future of streaming?