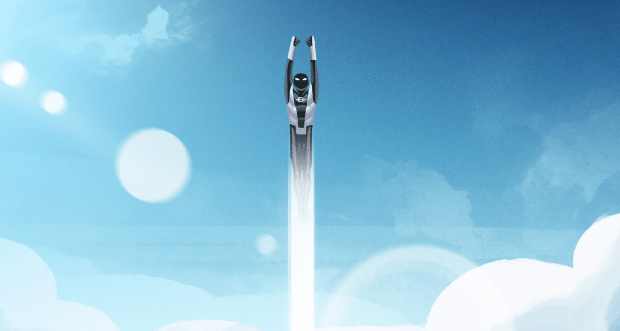 This week’s Radiant Black #3 by Kyle Higgins and Marcelo Costa will treat fans to a creative departure for the series and focus on main character Nathan’s writing process. As a special treat for Radiant Black fans, Sam Ewing (co-composer on The Walking Dead) composed and recorded a live orchestra track to tie-in with the recent issue’s story—one of the six planned to accompany each issue of the first story arc in the series. 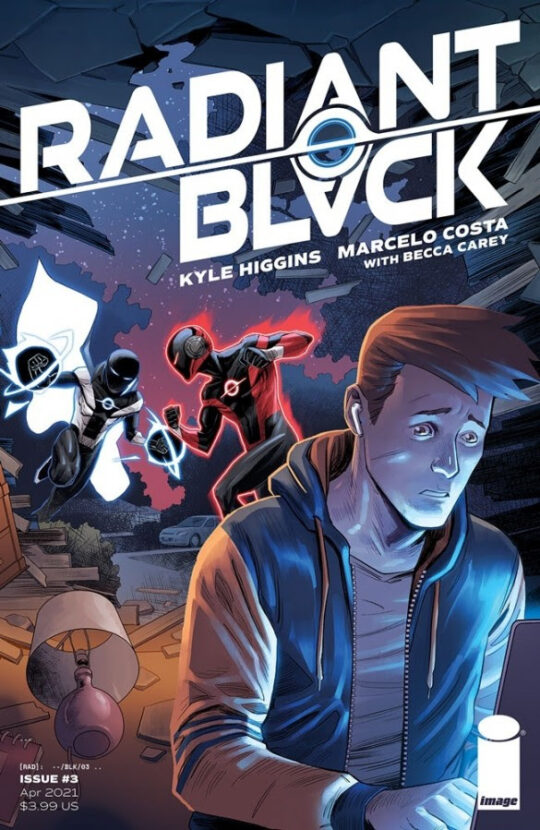 Image Comics is pleased to reveal a video clip of the recording session for the piece, which is performed by a 59 piece orchestra (The Budapest Scoring Orchestra) and designed as “an exploration of a theme,” just like the issue is designed to capture the creative process.

To listen to the full track, fans can visit, http://radiant.black/music.

“In Radiant Black issue 3, Kyle, Marcelo, Becca, and Michael embarked on an incredibly ambitious journey—building a story that explores and chronicles the creative process,” said Ewing. “Kyle and I immediately thought that a ‘theme and variation’ based musical piece would be the perfect accompaniment, a fun way to represent ideas bouncing around in a writer’s mind, dancing around a theme that is struggling to find its legs, exploring colors of the orchestra, from strings to winds to brass, developing bit by bit, until the full thematic idea finally finds its footing and comes to life, triumphantly stated by the entire orchestra. We felt the liveliness and dexterity that a real orchestra brings was necessary to fully represent these fast-moving ideas, and thus, high strings and flutes are constantly percolating and fragmenting with excited energy, much like Nathan’s thoughts in his pursuit to crack his novel.”

Ewing is the co-composer of the recent seasons of The Walking Dead, and has composed music for TV shows, movies and games prominently in the thriller, sci-fi and drama genres, including the Emmy winning music for series Da Vinci’s Demons and the BAFTA winning score for video game God of War.

Ewing is known for his talents composing orchestra tracks augmented with solo textures and instruments that he performs, particularly strings, woodwinds, and analog synths.

Higgins added: “With Radiant Black #3, I wanted to attempt something a bit different—I wanted to tell a story that explores, fights with and ultimately celebrates the creative process. To explore and showcase how an idea sometimes forms. Even amidst chaos. And so, in the spirit of exploring the creative process, I asked Sam to do the same thing musically.”

Radiant Black #3 will be available at comic book shops this week, Wednesday, April 21:

Radiant Black #3 will also be available for purchase across many digital platforms, including Amazon Kindle, Apple Books, comiXology, and Google Play.