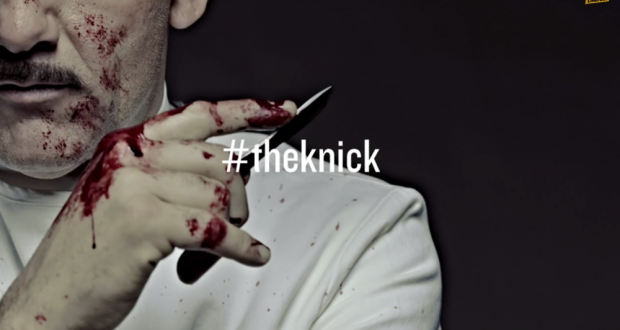 Available today, the app The Knick: Anatomy of NYC, offers a journey back in time in the city of New York to iPhone and Android mobile users. Fans of Cinemax’s Emmy®- winning series, The Knick, will be able to engage with key places of interest on a map just in time for the Season 2 Premiere. Each pinned location offers a brief factual description on its historical, cultural or medical relevancy to the era portrayed inThe Knick. 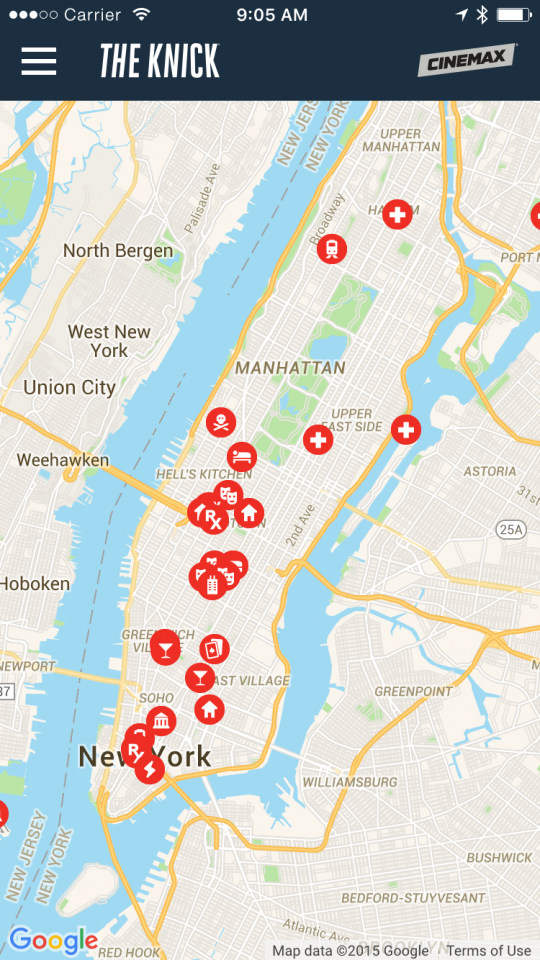 The Knick: Anatomy of NYC will allow users to interact with points of interest on the map, displaying an image associated with the selected location as well as background information on its historical relevance to New York City, the changing socio-cultural climate, and The Knick.   “There were immeasurable changes to the landscape of New York City in the 1900s,” said Lucinda Martinez, SVP Multicultural Marketing, HBO. “This app provides a virtual tour of that era and a platform to learn about the cultural changes in medicine, gender and race that brought us to where we are today.”

Share icons will invite users to share their check-in at a landmark on social media sites: Facebook and Twitter. Location pins will indicate what landmarks have been visited by the users, encouraging fans to continue exploring the city in this unique way, engaging with history and immersing themselves into the fascinating world of The Knick. 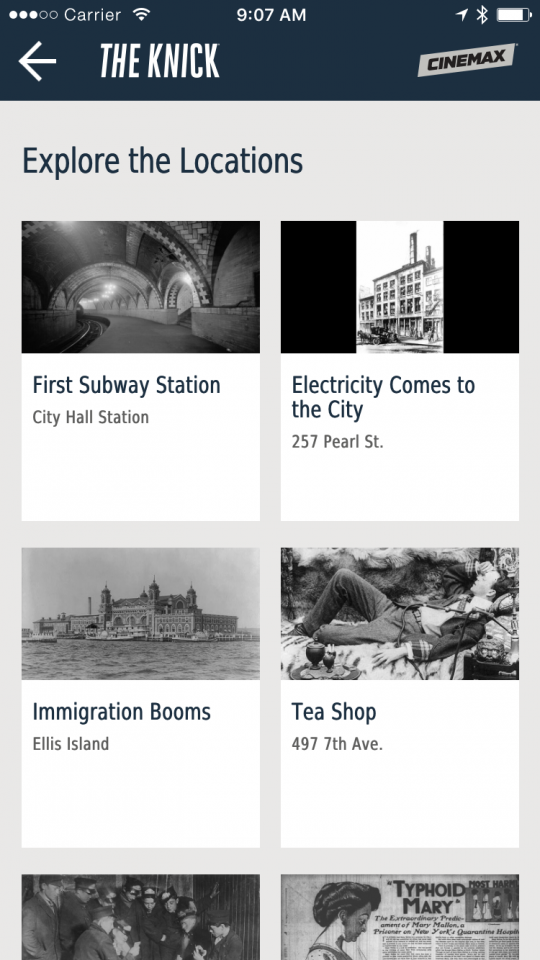 The Knick: Anatomy of NYC app is now available for free on the Apple store and Android market.

About Cinemax series The Knick:

Helmed by Steven Soderbergh and starring Clive Owen as the brilliant but emotionally tortured surgeon Dr. John W. Thackery, the new season, set in 1901, finds the staff of the Knick in turmoil as they prepare for the hospital to be shuttered in favor of a new building uptown. In this world of corruption, invention and progress, everyone is searching for the new path that will help him or her survive. Whether it’s a path toward justice, freedom, love or just plain survival, nothing comes easy. The creators and writing team of Jack Amiel & Michael Begler serve as executive producers along with Gregory Jacobs, Steven Soderbergh, Michael Sugar and Clive Owen. Steven Katz also writes. Season 2 of The Knick premieres Friday, October 16 at 10PM only on Cinemax.