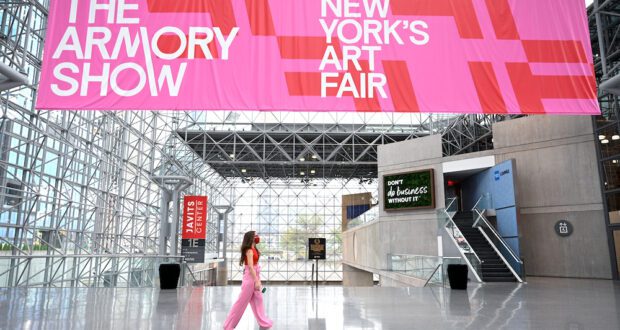 The Armory Show opened on Thursday, September 9, 2021 at the Javits Center in midtown Manhattan for the first time in a new location during a different time of year. Photograph by Casey Kelbaugh

The Armory Show and the United States Tennis Association (USTA) announce a special, inaugural partnership: Armory Off-Site at the US Open. 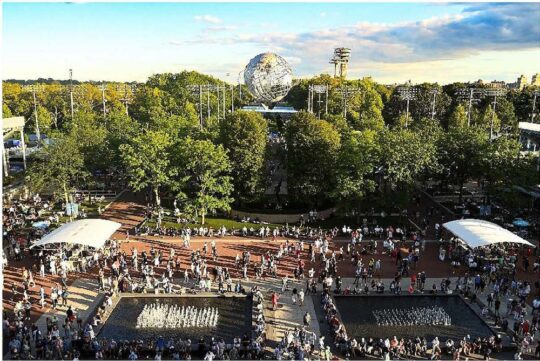 An extension of Armory Off-Site, now in its second year, a selection of 2022 exhibitors will present large-scale outdoor sculptures by artists from underrepresented backgrounds at the USTA Billie Jean King National Tennis Center August 23- September 11, 2022, coinciding with both the tournament and fair. 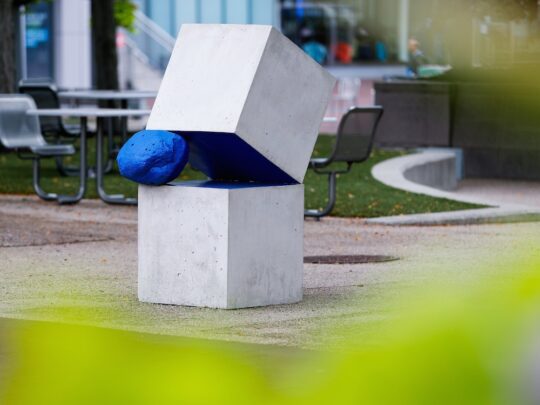 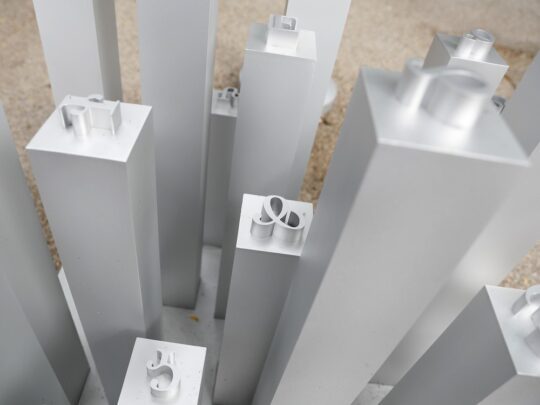 “We are honored to partner with the United States Tennis Association CUSTA) on this exciting new initiative which connects our two events for the first time,”

This joint venture brings a piece of The Armory Show to the tournament and its visitors, promising to spark important conversations around the dynamic works on view. Armory Off-Site at the US Open further elevates September as the pivotal cultural moment for international audiences to be in New York City. We look forward to building upon this partnership for many years to come-providing a platform for artists as well as a rich experience for visitors to the US Open.

Building on the USTA’s Be Open social impact campaign launched in 2020, the collaboration marks the first time in the US Open’s history that contemporary galleries will present sculptural works at the USTA Billie Jean King National Tennis Center.
Highlighting works by underrepresented artists from a wide range of backgrounds, the partnership is grounded in the USTA and The Armory Show’s shared vision for creativity, inspiration, and equity.

“This is an exciting next step in the US Open’s continuing integration of the arts,””

The ‘Be Open’ campaign has been a platform for tennis and the US Open to champion diverse, creative voices, and a partnership with The Armory Show, one of New York’s long­ standing cultural institutions, will only expand the US Open’s commitment to embodying those values.

Details of the projects include: 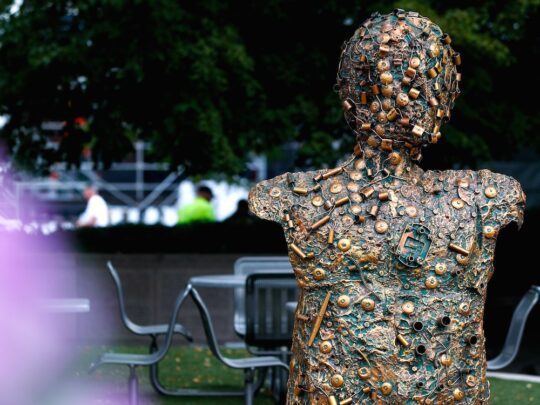 A new work by Gerald Chukwuma, presented by Kristin Hjellegjerde Gallery, informed and inspired by the Uli art traditions of the Igbo people from south­ eastern Nigeria. The work transforms found objects to examine the movements of people through voluntary and forced migration as a vital stage in the progress of our collective humanity.

A recent concrete sculpture by Mexican artist Jose Davila, presented by Sean Kelly, that investigates the notion of balance and estrangement, of sculpture and monument, of structural order and generative chaos, challenging the viewer to question how we understand the concept of the “”natural”” or the “”modern”” today.

A site-specific work by Indigenous artist Luzene Hill, presented by K Art, consisting of 30-40 representations of metal letterpress type in the Cherokee language. The letters will be arranged in an undulating formation to suggest the lyrical rise and fall (and rise again) of Indigenous language, and an uneven push upward to reflect movement and natural growth.

A site-specific steel figure by Myles Nurse, presented by Half Gallery, that depicts athleticism through sculptural form.

A new sculpture by Carolyn Salas, presented by Mrs., that serves as a dialogue derived from ancient and art-historical cornerstones, while simultaneously engaging conflicting expectations of womanhood and presenting feminine identity as a balancing act: precarious and full of contrasting possibilities.

About the United States Tennis Association (USTA)
“The USTA is the national governing body for the sport of tennis in the US and the leader in promoting and developing the growth of tennis at every level-from local communities to the highest level of the professional game. A not-for-profit organization with more than 655,000 members, it invests 100% of its proceeds in growing the game. It owns and operates the US Open, one of the highest-attended annual sporting events in the world, and launched the US Open Series, linking seven summer WTA and ATP Tour tournaments to the US Open. In addition, it owns approximately 90 Pro Circuit events throughout the US and selects the teams for the Davis Cup, Billie Jean King Cup, Olympic and Paralympic Games. The USTA’s philanthropic entity, the USTA Foundation, provides grants and scholarships in addition to supporting tennis and education programs nationwide to benefit under­ resourced youth through the National Junior Tennis & Learning (NJTL) network. For more information about the USTA, go to USTA.com

About The Armory Show

The Armory Show is New York’s art fair. An essential part of the city’s cultural landscape since 1994, The Armory Show is a dedicated member of the art community and an active facilitator of discourse and exchange. The fair presents the world’s leading international galleries who showcase an array of modern and contemporary art and artists.

Previous: How to Prepare for Long-Term Travel
Next: Wellness Activities It’s Worth Trying If You Have A Stressful Job