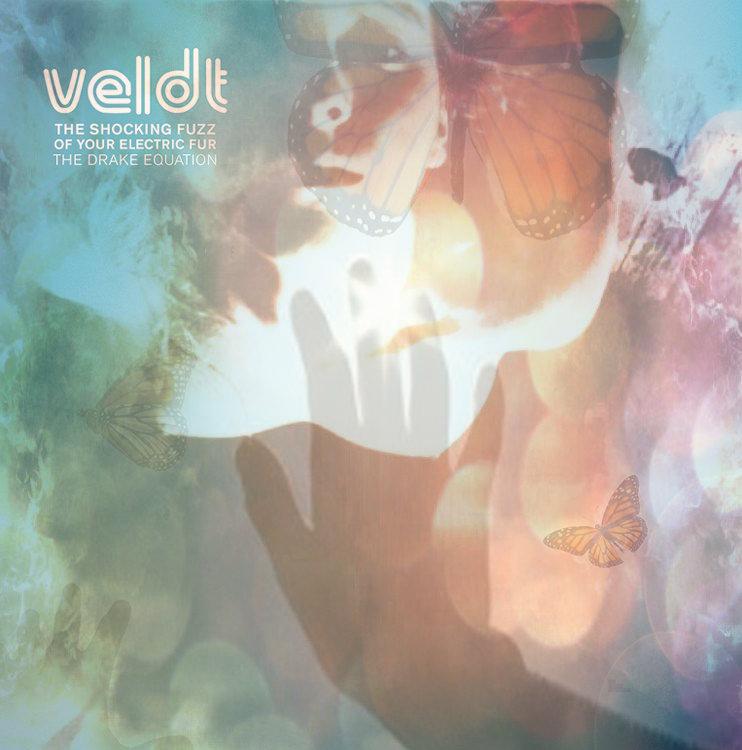 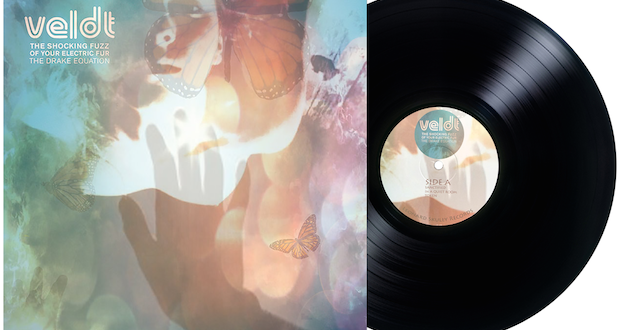 The Veldt – The Shocking Fuzz of Your Electric Fur: The Drake Equation

A new release by alternative soul and shoegaze pioneers The Veldt, The Shocking Fuzz of Your Electric Fur: The Drake Equation Mixtape EP is now available on 12″ vinyl via Little Cloud Records.

Identical twins Daniel and Danny Chavis and drummer Marvin Levi originally hail from Raleigh/ Chapel Hill, North Carolina, but the brothers have been East Village residents for the past 29 years. Bassist/ programmer Hayato Nakao, originally from Japan, hooked up with the Chavis brothers while living in New York.

Lifting their band’s name from a Ray Bradbury science fiction story, their own life stories have also been quite fantastic. After signing to Capitol Records in 1989, The Veldt were soon in the studio with dream-gaze guru Robin Guthrie working on their initial recordings, playing American concert halls with Cocteau Twins and The Jesus and Mary Chain, and recording ‘Marigolds’ with Lincoln Fong (Moose). Not long after, they would record their classic ‘Afrodisiac’ (1994), produced by Ray Shulman (The Sundays, Bjork, Sugarcubes) and released via Mercury Records.

Performing since they were children, the Chavis brothers’ musical roots lead back to the church and southern juke-joints, and listening to music that included gospel, Motown and Pink Floyd.

The Veldt formed in the late 80’s in Raleigh amongst the royalty of the legendary North Carolina music scene, including bands such as Superchunk, Archers of Loaf, The Connells, Dillon Fence, The dBs, Squirrel Nut Zippers, and Ryan Adams.

This latest EP sees the band returning to their roots, albeit with plenty of distortion, programmed beats and pedal effects. They’ve also involved A.R.Kane, who produced ‘And It’s You’. Borrowing the title ‘The Shocking Fuzz of Your Electric Fur’ from an E.E. Cummings poem, this EP includes five tracks with a raging sound influenced equally by the emotional soul of Marvin Gaye, free jazz warriors Sun Ra and Pharaoh Sanders, various Drake hip-hop tracks, long-term musical kin Cocteau Twins, and their own fertile electric imagination.