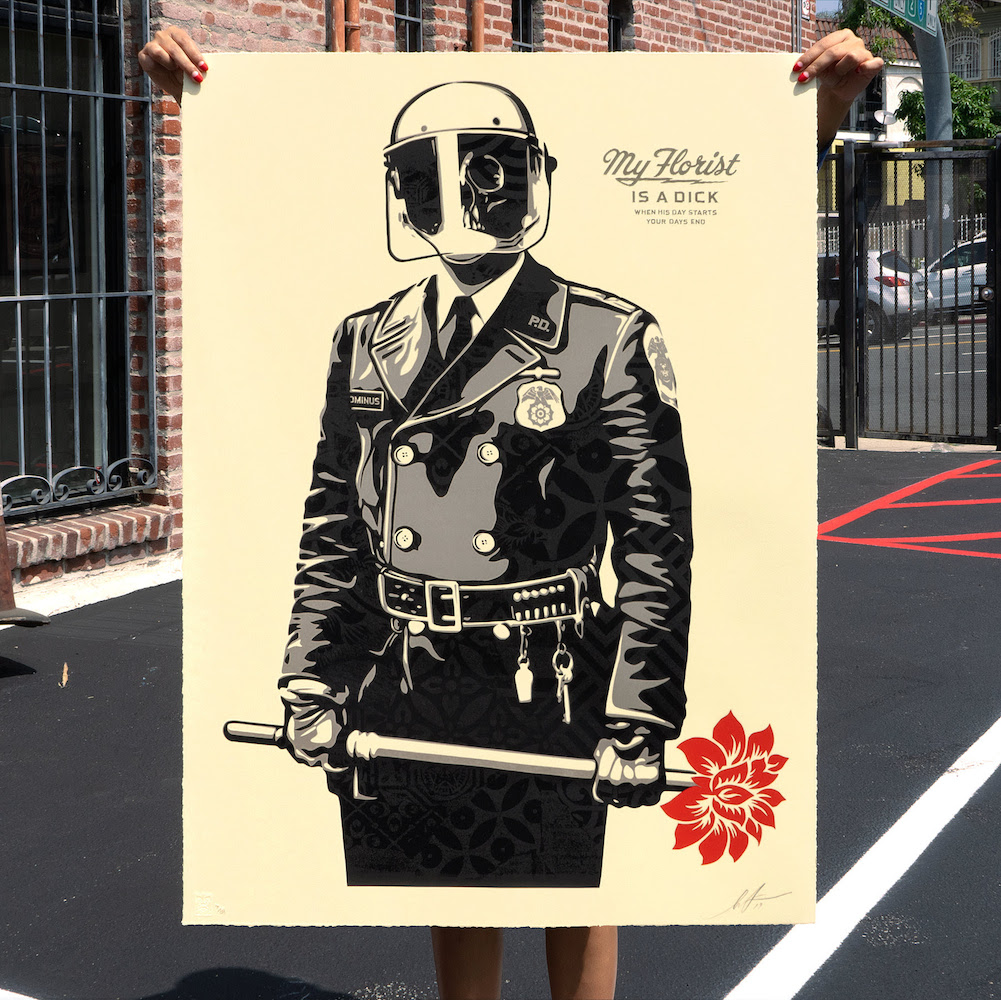 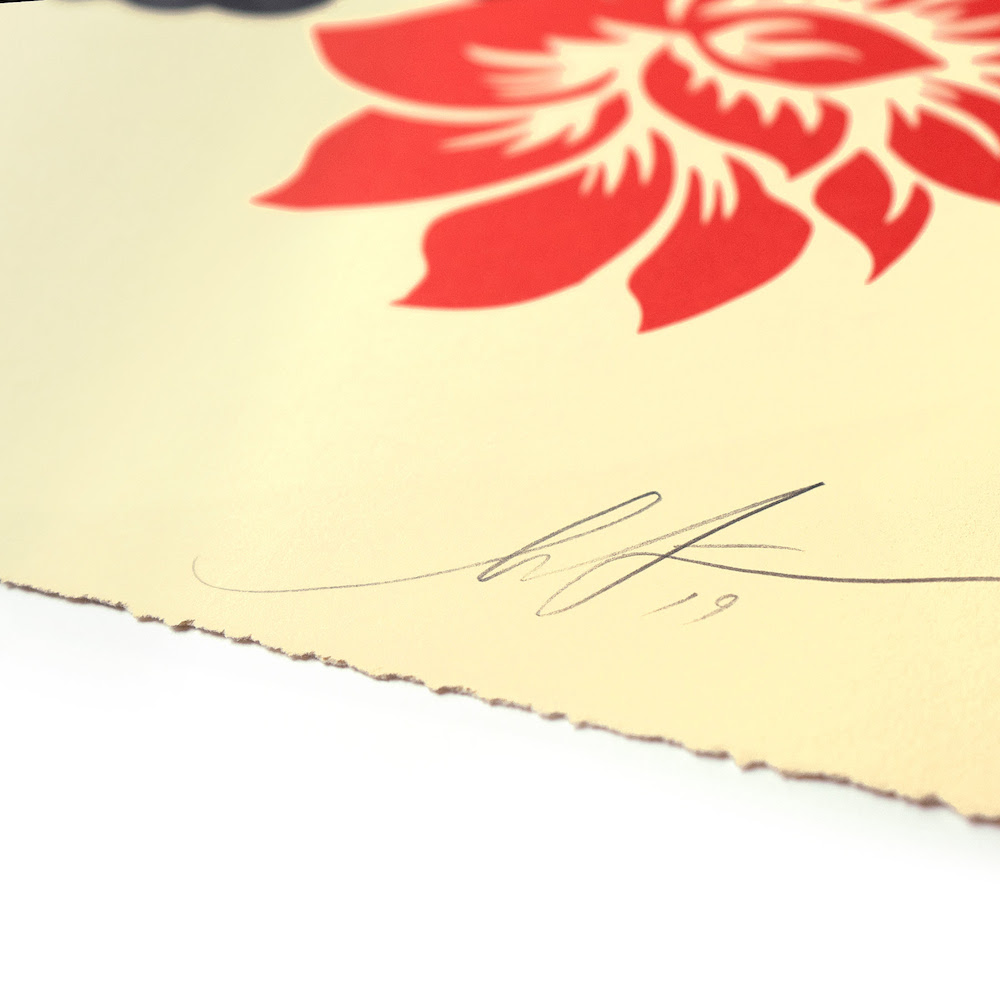 My Florist is a Dick by Shepard Fairey

According to co-curator of “Facing the Giant: Three Decades of Dissent,” Pedro Alonzo: This work points out society’s blindness to a rigged system and systemic abuse of power.

The use of the sinister soldier-like police officer in riot gear mirrors the riots in Ferguson, Missouri caused by the fatal shooting of 18-year-old Michael Brown by police officer Darren Wilson.

The image builds on a previous piece, “I’m Gonna Kick Your Ass and Get Away With It,” which deals with Fairey’s personal experience with police brutality. Having been jailed for putting art in public space, the artist has intimate knowledge of police brutality.

Apart from being struck in the face by an officer while handcuffed, Fairey, a type 1 diabetic, has been denied insulin while incarcerated; a life-threatening situation.

The artist explains that the title, “My Florist is a Dick,” is an ironic statement referring to the surprise we’d feel if the local florist was a “sadistic asshole,” but that we should not be surprised that “cops are often dicks who abuse power.” The flower inserted into the end of the baton is a metaphorFairey uses to convey non-violent protest. The skull under the riot helmet is a reference to John Carpenter’s 1988 film, “They Live,” in which an alien elite rules the planet. They control humanity through the use of subliminal messaging in advertising.

My Florist is a Dick. Serigraph on 100% Cotton Custom Archival Paper with hand-deckled edges. 30 x 41 inches. Signed by Shepard Fairey. Numbered edition of 89. Comes with a certificate of authenticity.