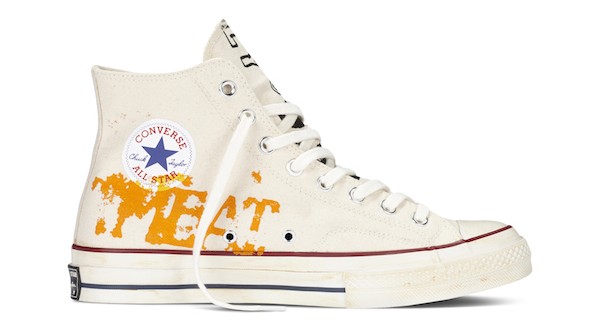 ”Andy Warhol’s creative output which includes unique works of art such as Converse All Star has left an enduring legacy,” said Michael Hermann of The Andy Warhol Foundation. “The Converse Andy Warhol All Star Chuck ’70 limited edition celebrates this work of art inspiring us to ignore convention and be whatever we want to be.”

During the mid-1980’s, Warhol returned to the newspaper advertisements that informed his earlier work. He created a body of work incorporating contemporaneous ads and commercial illustrations that differed from the photographic screen prints and highly stylized celebrity imagery he had featuring his work during this time.

During this creative renaissance, he conceived Converse All Star. Using a pair of his own Chucks as the canvas, Warhol applied various hand-screened graphics he was working with at the time in conjunction with paintings, prints and drawings – from motorcycles to cold war maps. 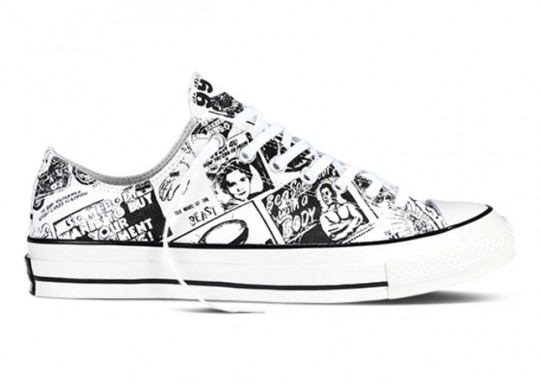 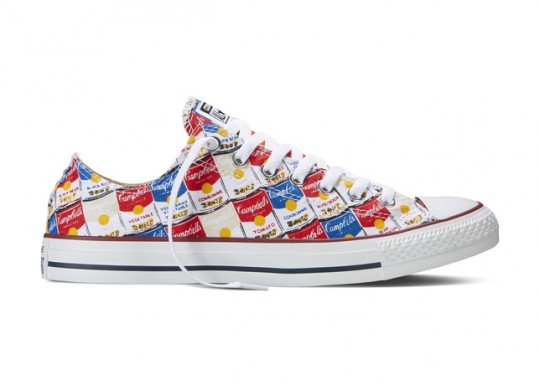 The highly limited Converse Andy Warhol All Star Chuck ’70 will be available for purchase in North America only beginning Saturday, January 31 , 2015