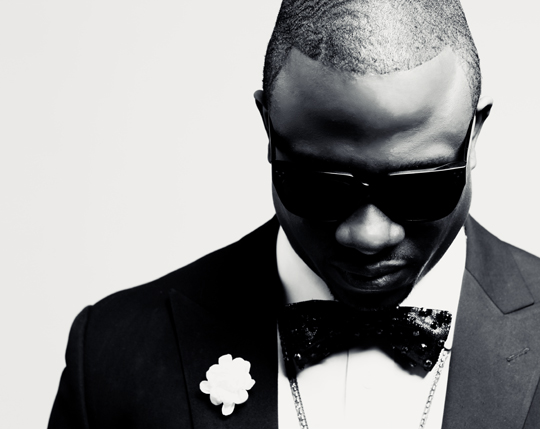 From city to city, DJ M.O.S. carries his music skills and knowledge around with the confidence that he can make the worst dancer want to tear up the floor.

DJ M.O.S. could be considered a scientist on the turntables. The East Coast-bred, international deejay has spun for all kinds of A-list events and celebrities and has easily become a heavy hitter in the game. With residencies in New York, Los Angeles, Las Vegas and Paris, M.O.S. has made his name synonymous with the scene and is securing his place as the go-to deejay for luxe events. 2011 has proved to be a powerful year for the NY native thus far – a remix album due out before the end of the year, followed by a slew of appearances and recent wedding to fellow deejay (and newfound partner-in-crime), DJ Kiss. M.O.S. is no doubt in high demand, so to put it simply: M.O.S. has become the new authority of sound.

YRB: What is the origin of your name?

M.O.S.: It is my initials: Masud Ogbonna Semple, which is Swahili. My first name means “fortunate,” and my middle name means “in the image of my father.” My parents picked them out from a book of African names. And it’s not like I really thought about using any particular DJ name or using my initials from the jump—I had realized Masud Ogbonna Semple was going to take up too much space on flyers! [Laughs]

YRB: When did you decide on pursuing deejaying? How did you get into it?

M.O.S.: I got my first set of turntables when I was 15 and after I graduated from the University of Maryland, I started deejaying at nightclubs. I was also an intern at Elektra Records during that time and, naturally, wanted to make some extra cash so I would deejay at some spots in Westchester, NY and all over the city with my boy DJ Suss One. I landed my first residency at a spot called Luhan in Manhattan.

YRB: Who would you consider your biggest inspiration on a deejay level?

M.O.S.: Funkmaster Flex was my biggest influence hands down! I used to listen to him Friday and Saturday nights on Hot 97 in the early ‘90s and would sneak out to The Tunnel [nightclub] in high school to watch him spin. I also would say Mark Ronson has influenced me, as well, in that he introduced the world to a completely different style of deejaying. His music is cool, laidback and not what is considered “normal” deejay music, and that is definitely something that can be appreciated. He has a style that makes you think, “What the hell?” at first, but then it makes perfect sense.

YRB: What would you say is the peak of a deejay’s career?

M.O.S.: I don’t feel there is a “peak,” so to speak. Deejaying has become so popular in the last few years that the opportunities are endless. You have dudes like DJ Khaled, who has become a major record executive, to David Guetta, who’s a multi-platinum producer, to Idris Elba, who is now an A-list actor. Deejaying is a great platform to transition into other avenues.

YRB: Have you ever been in a situation where you’ve deejayed for a crowd that just wasn’t feeling it? How would you handle that?

M.O.S.: Thankfully, no. If I play a record and can sense the crowd doesn’t like it, I switch it up quickly. It’s all about reading the vibe of the crowd and knowing how and when to give them what they want. But if that situation should ever arise, it is the deejay’s responsibility to just change it. There is no valid excuse to suck!

YRB: What is the science to deejaying? What key elements does a DJ listen to when mixing songs?

M.O.S.: The science behind a good mix isn’t just about mixing two records with the same tempo. You have to take into account the energy of the room and how to control it. At the start of a party, you wouldn’t want to play [obnoxious] music and create an uncomfortable atmosphere, especially with the venue not filled to capacity yet. Your job is to build the energy up; you want to slowly build the party, not throw it in everyone’s faces from the jump.

YRB: What are some of your go-to tracks to get a crowd hyped?

M.O.S.: Swedish House Mafia’s “Save The World” has been a huge club hit, as well as DJ Khaled’s “I’m On One” featuring Drake, Rick Ross and Lil Wayne. Always a favorite is Wiz Khalifa’s “Black and Yellow,” and I also like playing Aviccii’s “Bromance” and “What a Feeling” by Alex Gaudino featuring Kelly Rowland. In terms of hype music, these tracks kill it almost every time.

YRB: If you had to pick one era of music to revisit, what would it be?

M.O.S.: It would be late ‘80s to early ‘90s hip-hop. Maybe 1988-1996 span when it wasn’t all about being mainstream. The simplicity of the beats and even the content itself was classic and such a rich era for music. I miss that.

YRB: Being an East Coast based deejay and spinning on the West Coast, how would you compare the vibes? Do you find yourself mixing separate playlists?

M.O.S.: L.A. and NYC are very similar. Only difference is that L.A. is more into electronic music, which I love. L.A. is a really fun place to spin—I love it. NYC crowds tend to be a bit more demanding sometimes. I can’t tell you how many requests I get sometimes when deejaying at a New York club.

YRB: If you had to dream up the perfect, universal playlist, what are some of the songs that would be on it?

YRB: You had a highly publicized wedding to fellow deejay, DJ Kiss, earlier this year. Is there any friendly competition between you two?

M.O.S.: Not at all! We fully support and understand each other, considering we are both deejays and know the lifestyle. We often use each other as a resource, as well as each other’s wingman at times—if I break a needle on my record player, she is the one and only female who has ever and will ever understand what that means. It’s great to trade ideas and music with one another; however, the only thing we do ever fight about is Prince versus Michael Jackson. That is a very sensitive topic. [Laughs]

YRB: If you weren’t a DJ, what would you be doing?

M.O.S.: Working for a record label or on Wall Street somewhere. Doubt either would be as much fun, though. [Laughs]

YRB: What are some upcoming projects in the works?

M.O.S.: I am working on a remix album with my production team, The House of Light, which will be out soon. I will also be doing a lot of traveling—between Italy, St. Tropez and my regular residencies, it’s already shaping up to be one busy summer.