Posted by: Tai Allen in Events

Revolutionary spoken word artists, The Last Poets, and African Hip Hop artist Blitz the Ambassador will be headlining Soundtrack ’63 — a musical and historical extravaganza that kicks off a series of events titled Movement ’63. For the 50th anniversary of the March on Washington, the events promise to “Reflect, Renew and Remix” the year 1963 through performing arts, education, and the humanities. Soundtrack ‘63 takes place this weekend on February 8-9 at 651 Arts in Ft. Greene, Brooklyn. 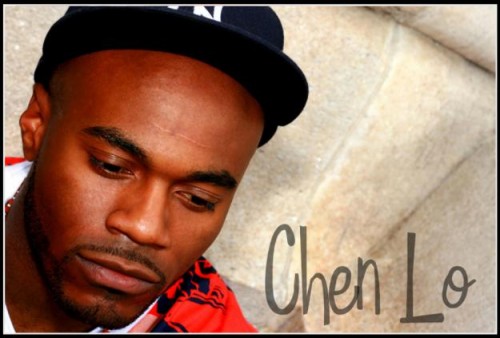 Chen Lo, the event organizer, describes Movement ’63  as an interactive documentary. “We’re telling stories that have been told before, but through mixed media that will include an 18-piece orchestra playing original and contemporary songs, and a graphic animation installation shown on three screens,” says Lo.

By “stories that have been told before” Lo is referring to the well-known occurrences of 1963, which this event seeks to commemorate.  “1963 is known as a flashpoint in the Civil Rights Movement,” says Lo.  Besides  the March on Washington organized by Dr. Martin Luther King, it was the year that Medgar Evers was assassinated, sparking outrage among African Americans. President John F. Kennedy was also assassinated that year. “It represents a boiling point,” he continues, “the transformation of a population demanding their humanity. The year galvanized what had happened prior – SNCC, CORE, the Freedom Rides.” It also set the stage for the Civil Rights and Voting Acts to follow.

How, one might ask, does music figure into all of this? “Music has always been an important part of the movement for us,” says Lo. “The music of 1963 was what emboldened people, gave them courage and created camaraderie.”

Lo was asked by 651 Arts to simply put together a “concert of protest songs.” Given creative freedom, he decided to create a multi-media event that could speak to today’s youth. “I wanted it to be more interactive and educational,” he says of the musical event that will also include interviews with Cornel West and Sonia Sanchez, for example. Lo wanted to explore “parallels to people’s current experience. How people react now versus then. What’s the level of activism?” Ideally, he imagines Soundtrack ’63 as an on-going show, touring the country. “I’m always dreaming big, but it comes down to those holding the purse strings,” he chuckled.

As an accomplished musician, MC and writer, Chen Lo also has an impressive academic background. He holds a Master in Art and Social Change. His goal is to empower youth socially and financially using the tools of the music business, teaching them to do for self. “Soundtrack ‘63 provided the opportunity for me to create the perfect interdisciplinary project,” he continues, “combining youth, community, art, intellect, production and management.” 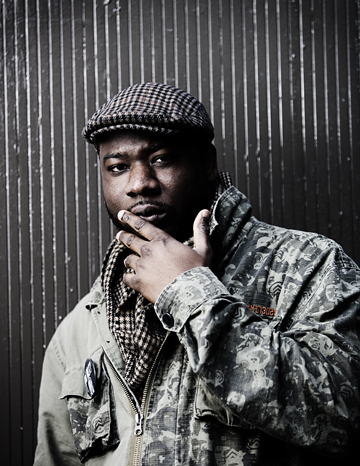 Blitz the Ambassador, one of the featured artists of the event, identifies with the concept of being interdisciplinary. “I don’t describe myself as a Hip Hop artist. I am just an artist.” His art “comes out in many ways,” says Blitz. “I’m a visual artist, a musician, a filmmaker. Multiple things make me who I am.” He cites a diverse and surprising group of influences on his art such as the soccer player Pele, comedian Dave Chappelle, American and African filmmakers like Melvin van Peebles and Kwa Ansah, and writers like Paulo Coelho. “They are all lyrical in what they did,” explains Blitz who began exploring visual art in Ghana and has released the short film Native Son, based on his last album.

Blitz says that he is participating in Soundtrack ’63 because “It’s an important event that highlights critical and historic times. Protest was sweeping the world.” Indeed, similar events were taking place in West Africa, as well, where the Independence Movement was sweeping the land from 1960-65. According to Blitz, “Something was in the air.”

As a musician, Blitz feels intrinsically connected. “In general, music has always played a part in protest movements. Songs of the Apartheid Era. Plantation songs. They’re a means of inspiring people and creating a collective consciousness.”

Specifically, Blitz, who is from Ghana, will be performing a song called “Emmett Still” as his means of connecting to the era. He said that, coming from Africa, he had been unfamiliar with the story of Emmett Till and was shocked by the brutality of the Jim Crow era. However, he was also very inspired by the outrage and demands for civil rights that the tragedy set in motion.

As an African artist living in the United States, and having traveled the world, Blitz feels that there is a huge disconnect between Africans and African Americans. He sees his role as trying to foster understanding. “We have a shared experience that few know about.  For example, Kwame Nkrumah and W.E.B Du Bois worked together to created the Encyclopedia Africana, which shapes much of the scholarly knowledge about the African Diaspora today.” Blitz notes that such collaborations still continue today, supported by the Ghanaian government, but mostly go unnoticed.

Blitz laments that most African Americans with the means to help tend to see Africa in humanitarian terms, as opposed to a land with vast cultural and financial collaborative possibilities. “Unfortunately, I am not seeing people having conversations about building with Africa.” He continues, “If I can make [working with] Africa seem desirable versus a charity, that would be my hope on how my work will influence people.”

Given his title and the socially conscious nature of his lyrics, does Blitz consider himself more of a political ambassador or a musician? “I don’t separate the two,” he says. “Without my political and social convictions I wouldn’t push music as far.  And, without music I couldn’t get my message out as much. No artist can claim to separate their social convictions from their craft. I don’t think that’s possible.”

As for the role that Hip Hop plays in shaping the protest music of this generation, Blitz says, “Hip Hop is a unique tool that reaches a very wide generation.  It transcends race, color and creed. People around the globe embrace it.” With a medium this powerful comes social responsibility, according to the artist. “What I do in New York influences people in Cambodia and Ghana.” He credits the powerful, politically charged lyrics of rappers like Public Enemy and Rakim as having shaped him as a youth in Ghana. “I only want to create work that will impact others as they impacted me.”

For more information on this event visit www.651ARTS.org. 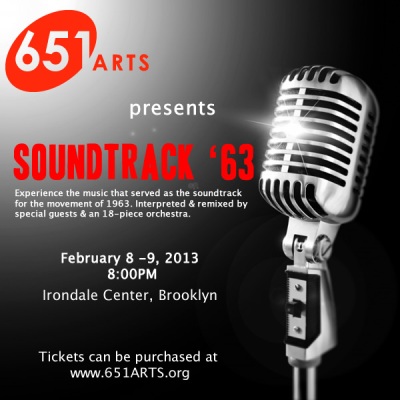 Previous: Fast & Furious 6 Extended Trailer #fast6
Next: Celebrities Who Are Into the Poker Scene