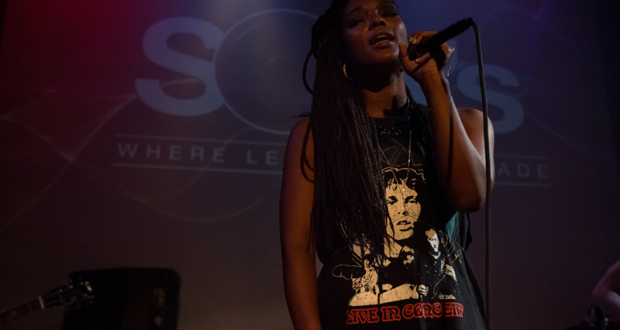 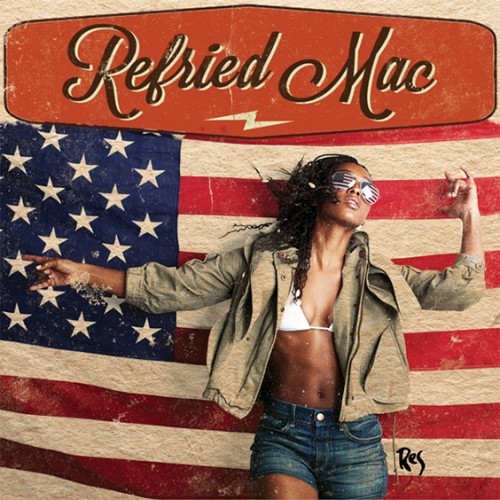 If there are gods of rock, funk, and hip-hop, Res is an avatar. She is a goddess of fused music and culture in flesh. The release party for her latest EP, ReFriedMac was proof of this divinity.
The night begins with Talib Kweli shifting gears from playing a DJ set to a growing dinner crowd at SOB’s to his duties as the night’s host. The floor in front of the stage begins to swell with avid fans ready to grab the best real estate for camera phone pictures and video. The band creates amongst the crowd the response you always want to see in hip-hop and rock culture – what Saul Williams calls an “instant affirmative” – music so dope that your head nods without a forethought. Kweli announces that both his upcoming project, Gravitas, Res’ ReFriedMac EP, and her upcoming album are being released through his new label, Javotti Media. His focus shifts from label exec and artist advocate to friend and #1 supporter of Res’ music as he calls her to the stage.
While the band jams and calls the spirits of rock and funk into SOB’s, Res takes the stage explaining to the crowd that her upcoming EP is a collection of covers of Fleetwood Mac songs, just done her way. She wastes no time and dives into her project’s lead single “The Chain.” Her haunting rendition of “Rhiannon” follows along with great interpretations of “Dreams”, “Edge of Seventeen” and “Little Lies.”
True to her introduction, Res strikes a balance between covering Stevie Nicks songs and interpreting them.
What is striking about Res as a live performer is not only her level of vocal control and master riff choices, but there is a visceral emotional connection to the material when belting out the rock anthems of Fleetwood Mac or heavily improvising her fan favorite “Ice King.”
If you are one of the audience members lucky enough to stand close to the stage, the level of emotion and heartbreak is evident in her eyes. Not every performer has the innate ability to continue to connect to work that is over a decade old, and then perform it with a freshness and vitality that makes you hang onto every breath she takes between lyrics. Res is a storyteller – and whether she, Stevie Nicks or Santigold penned the lyrics – her entire body, voice, and eyes convey the emotional reality of that story.
If great artists steal, there is no question that Res took ownership of Fleetwood Mac’s catalog. In an era of constant conversations around cultural and musical appropriation, we find Res re-appropriating rock music by translating classics by a British rock band through a black woman’s voice.
ReFriedMac was released on October 29, and is available via pre-order on iTunes.
2013-11-01
Tai Allen