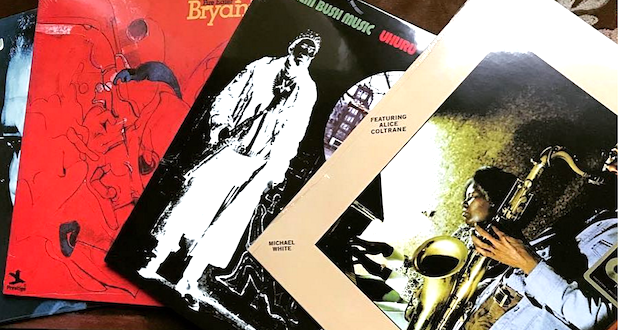 Two new vinyl titles will be reissued on July 28th as part of Jazz Dispensary’s Top Shelf Series: The Elements, a cosmic, four-part improvisation from Joe Henderson featuring Alice Coltrane, and the hard-grooving, politically-charged Harlem Bush Music – Uhuru from Gary Bartz Ntu Troop. As with all Top Shelf releases, both albums have been remastered from the original analog tapes, pressed on 180-gram audiophile-quality vinyl at Quality Record Pressings (QRP), and housed in faithfully reproduced, old-school style replica jackets. Each LP will have a limited-edition worldwide run of 1,000 copies, complete with a Jazz Dispensary “AUTHORIZED DEALER” window cling. The titles will also be available at streaming outlets, mastered for iTunes, and in Hi-Res digital (96/24 and 192/24). 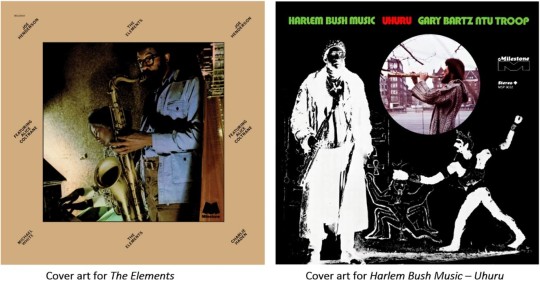 These two releases fall on the heels of the Top Shelf series’ March 31st launch, which kicked-off with Rusty Bryant’s incendiary soul-jazz statement, Fire Eater and Charles Kynard’s deeply funkyAfro-Disiac. The album-centric program, which is focused on reintroducing rare and previously unavailable titles, will offer a total of eight releases in 2017, including forthcoming reissues by Funk, Inc., The 3 Pieces, Pucho and the Latin Soul Brothers, Azar Lawrence and more.

More About The Elements:

One of the true giants of the tenor saxophone, Joe Henderson was known for his passionate balladry and fiery solos. His 50-year career led him to heights unreached by most players and included stints with the likes of Blue Note Records, Milestone, and Verve. Alice Coltrane, an accomplished jazz pianist and harpist, among many other talents, was also the second wife of jazz legend John Coltrane. Her unique approach to her instruments is largely influenced by her devotion to Hinduism and the sounds of Indian music. These two talented artists come together for The Elements, originally released in 1973 on Milestone. This title finds Henderson at a time of discovery, branching out into other realms and setting aside the post-bop instrumentation and repertoire he was so identified with. What transpired with Alice Coltrane is in a league all its own. Trance-inducing, spiritual jazz-fusion are present in the four-part improvisation (“Fire”, “Air”, “Water” and “Earth”) that makes up the album, while Coltrane weaves sublime chordal textures throughout on harp and piano. Assisting Henderson and Coltrane were a group of sympathetic explorers: violin original Michael White, bass giant Charlie Haden, and the multifaceted percussionist Kenneth Nash. While the music is enhanced with overdubbing in spots, the true magic of The Elements emanates from the musicians’ collective genius at listening and responding to each other – a gift of extreme magnitude.
Preorder The Elements from Joe Henderson featuring Alice Coltrane on Amazon.

GRAMMY® Award-winning saxophonist Gary Bartz has proven himself a force to be reckoned with time and again over his 50-year recording career. After catching a break filling in with Art Blakey’s band at his father’s club in Baltimore, Bartz went on to share the studio and the stage with such jazz luminaries as Miles Davis, Charles Mingus, Max Roach, McCoy Tyner, and Jackie McLean before forming his own group, the Gary Bartz NTU Troop. Armed with social and spiritual consciousness (according to Bartz, “NTU” means unity in all things, time and space, living and dead, seen and unseen), the group combined soul, funk, African music, hard bop, and avant-garde jazz to deliver a message that remains relevant today. On Harlem Bush Music – Uhuru, Bartz is joined by the inimitable Andy Bey on vocals, Junie Booth and Ron Carter on bass, Harold White on drums, and Nat Bettis on percussion. The result is a set of politically relevant, hard-grooving, funky, searching and essential soul-jazz; the centerpiece of which is the righteously grooving, seven-minute version of “Celestial Blues” featuring the incredible vocals of John Coltrane’s favorite singer, Andy Bey.

Previous: Feature: Flying Lotus Kuso Interview by Jonn Nubian @flyinglotus @KusoFilm @shudder
Next: What Should You Do With Your Home When You Retire Early and Want to Travel? 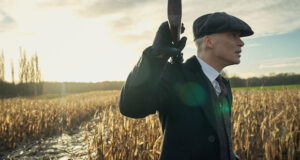 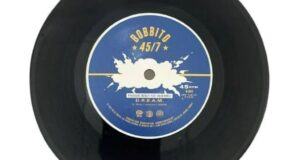 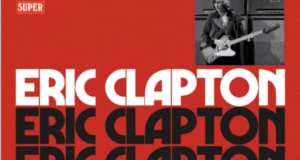 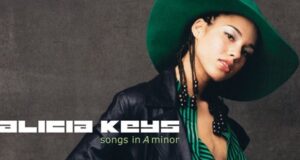