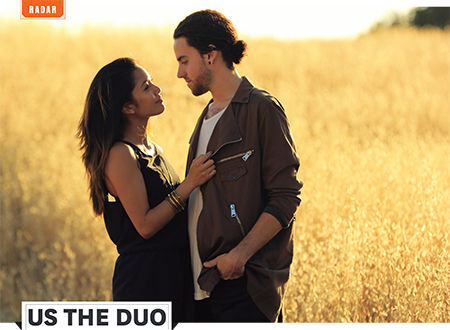 Posted by: Jonathan Valdez in Radars

Newlyweds Carissa and Michael Alvarado became Internet sensations when they started uploading six second covers to pop songs that we all know and love on the micro video app Vine. Us the Duo quickly rose to the top of Vine with an audience of over 3 million viewers. Their rapid success landed them with an appearance on Good Morning America and shortly after they signed to Republic Records. For the couple it all seems to be happening faster than the speed of Vine.

“We put out an album and we were trying to figure out how to market it. That’s how we came across the app Vine,” says Michael Alvarado. “That was in December, so just four months ago we were sitting in our living room filming ourselves on Vine and now we have 3 million followers and got brought onto Republic. It’s been quite a whirlwind the past couple of months but it has been nothing but a blast.”

Us the Duo is proving that they appeal to more than just the short attention span generation by going viral with their wedding video via YouTube. The video shows the pair singing their song, “No Matter Where You Are,” which is now the title track and lead single off of their second full length album of the same name. “We actually were not going to play at our wedding, we told ourselves we would never do that, it is so cheesy,” Michael states. “We were writing this song together and we eventually realized it was our vows. No one knew we were going to sing and we were nervous because we had never played the song before.” The couple had one time to get it right and the video that you see online was done in one take.

So what will you find on Us the Duo’s album? “Our vibe is mostly a folk/pop mixture,” says Carissa Alvarado. “There are a lot of songs (on the album) about our story and our relationship and the things that we go through. It’s a mixture of different feelings and emotions but a lot of happiness for sure.”

If you have the itch to check out Us the Duo offline, the couple is headed on the road to play their own headline tour starting July 7th. They will do about 28 dates in the summer throughout the United States and Canada. The couple hopes to inspire people everywhere to stand by each other in relationships and love.

If you cannot catch them in person you can always catch them on the place that made them who they are today: social media. 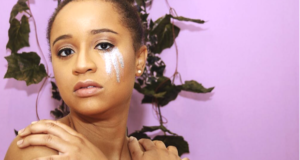 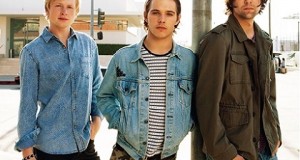 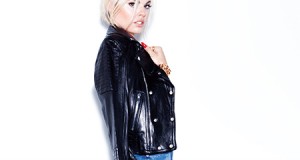 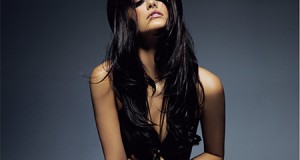 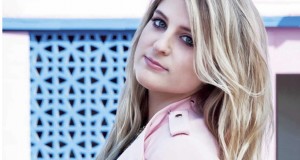