Posted by: Sami Hajar in Radars 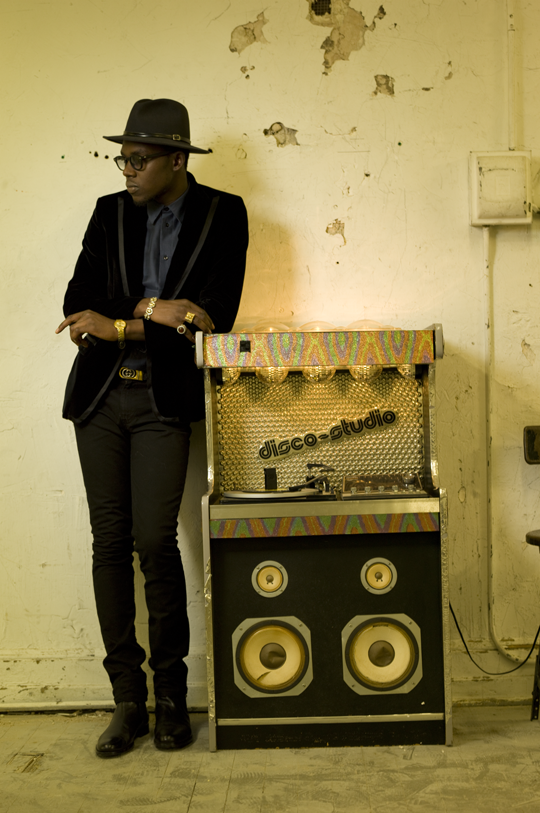 Hip-hop just ain’t what it used to be – but that’s not necessarily a bad thing. Just ask 22-year-old upstart Theophilus London, hailing from Brooklyn. Theo is a pioneer in what he calls the “progressive lane” of “pop rap.” The name of his debut album under Warner Bros Music, Timez Are Weird These Dayz, speaks volumes to his outlook regarding the current state of music. “We live in weird times,” he said. “I think the way Michael Jackson died is weird. Look at one of the biggest artists in music today, Justin Bieber, virally happened because of a YouTube link. I think that’s weird.”

The state of contemporary music speaks to his debut, which features a duet with Canadian indie rocker Sara Quin (of Tegan & Sara) and thought-provoking rhymes about reincarnation, imagination and chocolate love fantasies. But according to Theo, the album is a testament to the genre’s evolution. Citing Jay-Z as one of his biggest influences and the reason for going against the standard hip-hop grain, he credits Hov’s song “What More Can I Say as sparking his interest in going leftfield.

“Jay-Z said it. These guys are just repeating the same thing over and over again… Hip-hop is just getting really redundant,” he said. “How many times can you talk about what kind of car you got or rims you’re sitting on? I wasn’t gonna copy that shit, I got a chance to make something new and innovative that kids like.” As for the album’s sound, he claims it’s breaking new ground. “It’s a fairly new sound. I have people like, ‘What is this?’ [There are] so many questions about it; people really enjoy it. I perform it live all around the world, and people sing along to it and I sit back like, ‘Wow, people really get it.’ It’s cool to be different.”

Theo’s eclectic melody choices and creative lyrics set him apart from his contemporaries, which he thinks is saturated with banal melodies and musical choices. “My shit doesn’t sound nothing like Chris Brown or Drake… I think it’s garbage. I think all that rapping over Euro beats, big beats and crescendos is garbage,” he explained. “Sounds like the label is really pushing for radio play; I’m really not feeling that pop Euro shit.”

His counterculture approach has paid off, with single “Why Even Try” featuring Quin accruing a substantial buzz after his performance of the tune on the Late Show with David Letterman earlier this year. Ready to take his career to the next level, Theophilus is using the element of surprise as his way to wow fans with his first full-length, impacting this summer.

“No one knows what this album is gonna sound like, which is awesome, so it’s like they get to buy it and be excited when they hear the new sound,” he said. The new album promises to surprise listeners, and they can be assured that with Theophilus involved, it will be weird.

From the 2018 exhibition Illuminados (Santos Negro

Join us TODAY until LATE for the #soulinthehornpa

Communication is the binding factor of our very ex

Congratulations to @nasa for the successful landin