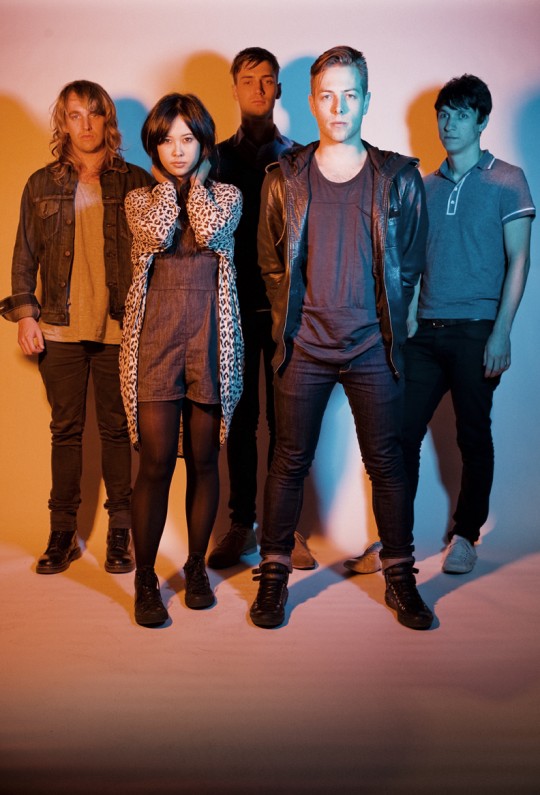 Radar: The Naked and Famous 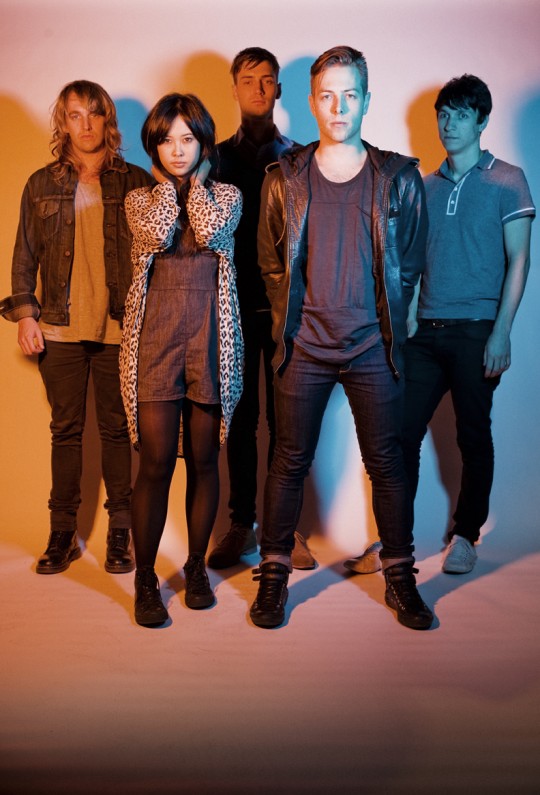 The Naked & Famous
by Nancy Dunham
Photograph by Jeff Forney

Alisa Xayalith doesn’t feel like an international sensation. After all, isn’t someone labeled with such a cool status supposed to be a bit, well, haughty? In a world full of fell-into-this-gig-without-much-talent-and-now-demand-royal-status performers, Xayalith is the real deal with the pipes and humility to prove it.

“We just played a show [in New Zealand] three days ago and we saw 25,000 people out there,” she says, clearly still in awe. “When we played [our hit song] ‘Young Blood,’ it was quite amazing to see everyone singing along.”

Her disbelief is understandable. It’s only been a few years since the vocalist/lyricist Xayalith teamed up with composer Thom Powers, chose the band name from a Trick Pony song, recruited other musicians to fill out the touring group and began catching the ears of critics and record executives.

The band’s debut, Passive Me, Aggressive You, was written and recorded over a period of 18 months but took off like a rocket when it was released in their native New Zealand, debuting at No. 1 on the charts and launching single “Young Blood” to the top.

“The songs throughout the album are electronic and also organic,” says Xayalith. “We carried that into the artwork [for the cover and other materials]… It’s a digital landscape with a vague concept of polarities.”

Much like Nine Inch Nails (the quintet’s common musical idol), the album is full of rich, textured surprises with more than a few nods to Trick Pony and other alternative musicians. But don’t think this band is walking in anyone’s shadow.

“If you compare Nine Inch Nails to us, it’s quite different music,” she explains. “I think [that influence] would surprise some people.”

The bottom line is that it works. “Young Blood” is already working its way up CMJ’s Top 10 list months before the release of their first album (dropping this spring), with the band preparing for a U.S. tour and SXSW appearance following a nomination for the BBC’s Sound of 2011 award.

“It is all very, very exciting,” says Xayalith of the upcoming U.S. invasion. “We’ve been in the U.S. about two or three times, but [when we were in Hollywood], I was quite freaked out by it. I walked down [Sunset Boulevard] and a lot of people were handing me fliers. I don’t know if I should engage with them or not.”

It’s fair to say she’s already engaged with plenty of folks in the U.S. when you consider the reaction to The Naked & Famous’ music. Her confusion about the fliers is the emotional embodiment of her endearing stage presence.

“I don’t really think about a lot of other things when I’m on stage,” she says of her engagingly candid and aesthetically pleasing performances. “I have to remember all my cues and I like to watch the audience quite a bit and see how they are taking in the music. I really, really, really focus and play the piece as passionately and energetically as I can.

“I really want people to connect with our music,” she continues. “That’s what you have in common, the music.”