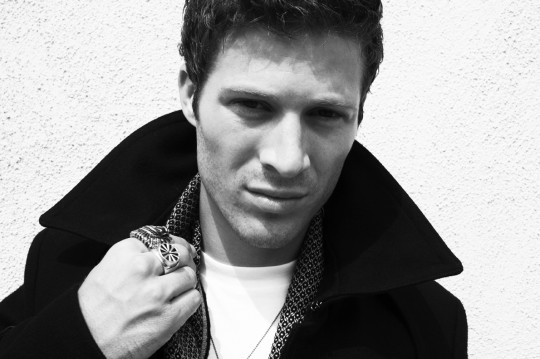 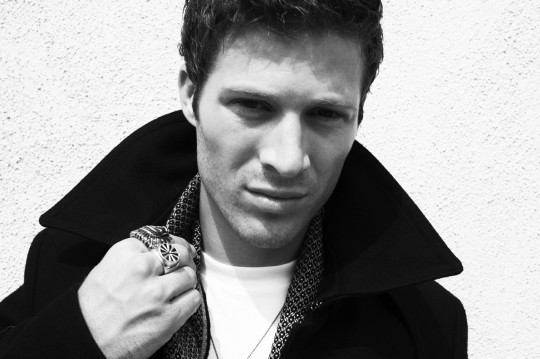 No matter the role he’s immersed himself in, Zach Gilford is one grounded actor who sees the beauty in Mother Nature enough to want to protect it from lazy people.

Zach Gilford is a man of many talents, both on and off the camera. The Chicago native played Friday Night Lights quarterback Matt Saracen in a small Texas town for five seasons before moving on to his current role as plastic surgeon Dr. Tommy Fuller on Shonda Rhimes’ new medical series, Off the Map, which is set in the South American jungle but shot in Hawaii. Making his next appearance on the silver screen in the green production of The River Why alongside Amber Heard, Gilford finds himself with a flair for fly fishing and on a sudden self-discovery mission. Spending time outdoors comes naturally for the 29-year-old actor, who walks through life with an adventurous spirit and is known for continuing to partake in – and even lead – hiking, ice climbing, backpacking and diving expeditions in various parts of the world whenever he gets time away from filming.

YRB: Was acting something you always wanted to get into?
Zach: In a way, I always wanted to get into acting, but it was more the actual making of movies and TV rather than acting itself. I loved action movies as a kid and wanted whatever job meant I got to shoot guns or jump off moving planes or exploding buildings. This led me to acting. The more experience I had, the more I enjoyed it and the desire adapted itself to acting and not just being an action star. I’m pretty skinny, so I’m holding out for the next unsuspecting action hero part a la Steve Carell in Get Smart or something like that.

YRB: What do you think it was that couldn’t get Friday Night Lights off the ground ratings-wise?
Zach: I don’t know what held Friday Night Lights back. It was a hard show to label. It wasn’t a “football show,” but it was centered around football in a way. It wasn’t a “teen drama,” but it was centered around teens. Once people turned it on, they loved it, but we never found a way to get a lot of people to turn it on.

YRB: After wrapping Friday Night Lights, did you have a clear sense of where you wanted your career to go?
Zach: After Friday Night Lights I wanted to work. I don’t like being out of a job. But we had to be picky. Off the Map seemed a good idea because of the creator’s history and the opportunity to play a completely different part from Matt Saracen.

YRB: How was the transition from football player to plastic surgeon?
Zach: Football player to plastic surgeon? Not too difficult. With TV and film, everything is so real on set that it’s easy to pretend sometimes. The effects on Off the Map are incredible and sometimes we use animal organs as those
of the patients. It is not hard to believe you have your hands in someone’s guts. On Friday Night Lights there were very big men in football pads running at me. Scripted or not, I did not want to get hit. They were really big.

YRB: Do you see more of yourself in Matt or Tommy?
Zach: I see a bit of myself in both Matt and Tommy. If I had to pick one, it would probably be Tommy. Simply because I am goofy and outspoken like him. But I like to think that I am very genuine and a sensitive guy like Matt…at least I hope I am.

YRB: How is filming in Hawaii? Is it all paradise all the time?
Zach: Hawaii is amazing. The land and weather is beautiful. Mountains and ocean. But what makes it paradise is the people and the culture there. It is one of the 50 states, but rarely it feels like the America we’re used to in the continental 48. The people there love sharing their culture, and it has been a gift learning and experiencing it.

YRB: How much of the stunt work does the cast do themselves?
Zach: Off the Map doesn’t really have stunts. They cliff jump in the pilot I fought for, but they refused [to do more]. Besides that, nothing seems like a stunt compared to football on Friday Night Lights.

YRB: Can you tell me about your character in The River Why and the attempts to make it a green production?
Zach: As far as the character (Gus Orviston)…he was disillusioned with family and confused with life. He seeks solace in fishing [and] finds there is a lot more to life than that and that he took the people in his life for granted. Making The River Why green was really interesting. It really illuminated all the waste that goes on with normal productions. I feel with most TV and film there is a huge resistance to change, and I hate to make anyone mad, but I really attribute [it] to laziness. Change is hard and it takes effort. The film business has been running like a machine for years, and trying to change things means working harder. As opposed to leaving a flat of bottled water by the set, you now have to keep track of if the cooler is full and fill much more often than replacing crates of water. We literally would ride bikes from our trailer to set as opposed to taking 15 passenger vans the equivalent of two blocks to transport two people. The examples are endless at times. It made the shoot a little harder than normal, but I loved it.

YRB: You’ve always been an outdoorsy guy. Has spending so much time outdoors led you to become more eco-conscious in your personal life?
Zach: I’ve always been pretty eco-conscious, and I think a large part of that is because of all the time I have spent camping or outdoors. I’m not perfect, and I can do more, but each time I come back from camping or traveling in a less developed place I tend to make an effort to start a new green habit. I just got back from trekking in Peru, and my girlfriend and I are now attempting to start composting.

YRB: Do you think it’s been easier for you to stay grounded as a celebrity shooting in places like Texas and Hawaii as opposed to Hollywood?
Zach: Shooting in Texas and Hawaii has definitely kept me humble. Mainly because no one cares who you are or that you are on a TV show. There is a lot of phoniness in LA, [but] there has been almost none in the places I have worked. I have gotten plenty of sunshine blown up my ass, but between the people in my work places and my friends from home in Chicago, they always cut me back down. Most of my friends don’t even watch my shows. Every now and then I get a compliment [like], “Hey, I saw your show. It didn’t suck that much.”

YRB: What do you think you’d be doing if you weren’t acting?
Zach: If I wasn’t acting I’d be doing wilderness therapy or some sort of education. I think I am actually a pretty good teacher, and unfortunately, it’s pretty much the only skill I have, but I think it’s a good one.