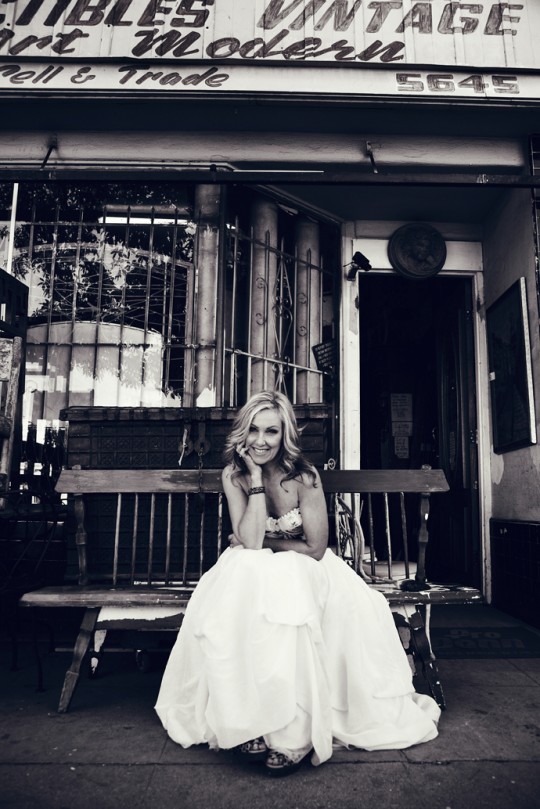 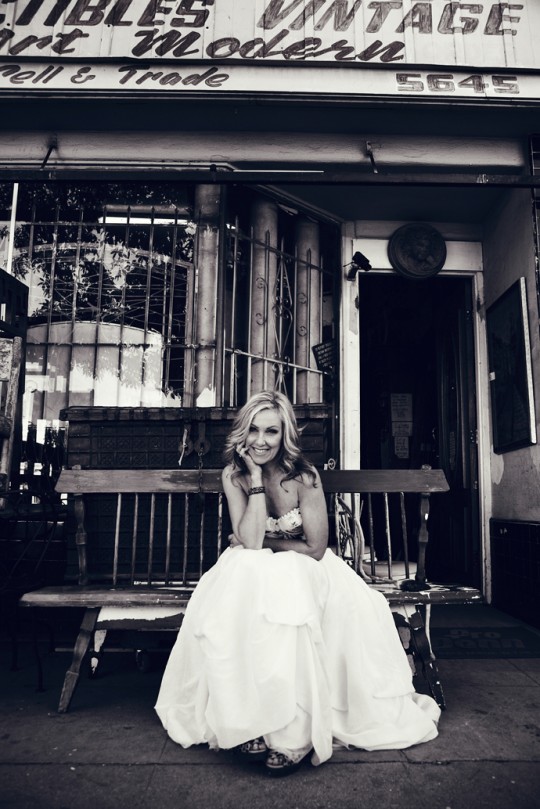 Already being a pioneer in the world of fashion hasn’t stopped eco designer Deborah Lindquist from starting two new brands and continuing her mission to spread consciousness through creativity.

Hybrid and electric cars, sustainable goods, organic food and green fashion have now permeated our daily lives. It seems as though almost everyone has tried to change some aspect of their lifestyle for the betterment of the world and the environment.

For designer Deborah Lindquist, eco-couture fashion was in vogue long before it became a trend. The Parsons School of Design graduate began her fashion career with one belt made of recycled leather and has evolved into a pioneer of eco-conscious clothing when she launched the Lindquist Eco Fashion brand in 2004.

Combining environmental responsibility with a cutting-edge aesthetic, Lindquist’s line uses a mix of “reincarnated” and new Earth-friendly fabrics to create her beautiful designs that are both stylish and ecologically aware. The L.A.-based designer has come a long way through the years and has some exciting things up her organic cotton sleeves.

YRB: What sparked your interest in fashion?
Deborah: I started when I was five and made my first pattern when I was six. I must have been a sewer in a previous life [Laughs]. I had an older sister and saw her sewing and [I] started, and then my grandmother was an excellent seamstress that did a lot of custom work with people. She was the one that sat down and really taught me how to sew. My mom would also let me sit down and use an old treadle sewing machine – you know, the one you work with your feet – figuring I wouldn’t run my hand over with a sewing machine.

YRB: When did you first decide to create your own brand?
Deborah: I worked for a few private labels after school but knew I really wanted my own business in my early 20s. It started with an idea for a belt. I found some interesting material in the trim section of N.Y. and put together a few samples and started to show it. That literally launched my brand with one belt. First sale I made was to a company with three stores and I started getting orders soon. A lot of young designers at the time were coming up together, so it was a really exciting time. The economy was good, and those were the days you could just walk into Vogue and sit down with them to show them your stuff. I actually went to GQ and it was men who were the ones who really got my style in the beginning. A men’s clothing store in SoHo then recommended me to Women’s Wear Daily for an article, which really got me great exposure.

YRB: So you first started out with eco accessories?
Deborah: Yeah, it was made of leftover pieces of material and used recycled leather from an old jacket. After a while, it was hard to find old leather, so I had to switch to using newer leather, but I’d still try to find other recycled materials to use to make it eco. I would buy vintage jewels and put on belt buckles. I made those belts for about nine years, which had expanded and were sold all over the country and internationally.

YRB: When did you switch to creating clothes?
Deborah: In 1989, I moved to L.A. and was still doing belts. I had then found out that someone did some bad knockoffs on my belts, so I switched to clothing and started making one-of-a-kind jackets out of vintage fabrics, mostly romantic florals and tropical prints from curtains that were from the 1940s and ‘50s.

[My] clothes officially started in 2003 when I came across cashmere at the Rose Bowl Flea Market and found a source for vintage sweaters. The idea to wash them and patch up holes and stains with appliqués came to me, which is how the cashmere sweaters came about. It’s one of the things that have become a popular item in my brand. Sharon Stone was shot in one and it was shown in magazines all across the country, which is really how the brand grew.

YRB When did you start to focus on eco-luxe couture?
Deborah: It went from working with cashmeres and expanded to using other fabrics and [eventually] completed an entire collection I showed at past L.A. Fashion Week shows. From there, it evolved into a couture line. I now make couture corsets and bustier dresses in addition to my iconic cashmere cardigans that have been featured in magazines such as Vibe, Elle, WWD, InStyle and Playboy. For the line, I started working with a fabric that’s made of recycled cassette tape that was developed by Alyce Santoro. It’s called “sonic fabric” and it makes sounds when you move. It’s so beautiful and looks high-tech.

YRB: You also make eco-friendly bridal dresses. How did this segment of your line start?
Deborah: I had put a wedding dress at the end of one of my fashion shows and all of a sudden I was getting call from brides about bridal stuff. It started from getting on one bridal blog to getting various calls from brides. That’s when I decided to launch the wedding collection. I do a lot of custom works with brides and have some pre-made designs on my site.

YRB: Why the interest in eco culture as your fashion basis?
Deborah: I think I always liked reusing old things. It may have been because of where I came from. I used to live on a farm, and in the attic of my house was a chest full of old clothes from the 1800s that my mom saved from old relatives. I’ve always also had an interest in vintage. As an art student in N.Y., I’d always try to find cheap things to work with. Vintage is not only less expensive, but it’s also constructed so well that it lasts longer. I started designing stuff at a time when there really wasn’t a word for eco stuff, so I decided to reuse stuff instead. Not being wasteful is more of something I try to live by as well.

YRB: When people think of sustainable clothing, they usually think of it as not being stylish. How do your designs change this perception?
Deborah: There are new fabrics that have been developed because of demand. There was a struggle to find eco fabric that looked good. Hemp, in the beginning, was scratchy and didn’t look nice. But now there are more choices, like fabrics [made out] of soy and corn. Hemp has even gotten better. I use a lot of beech wood in my designs and hemp silk that looks so beautiful and is so soft.
Recycled goods are actually also considered to be eco fashion. People throw away the most amazing things. I take what people don’t want and [make it] something beautiful and unique. My main thing is to feel good about what I do in this industry.

YRB: Do you have any other projects in the works for 2011?
Deborah: Since the economy has taken a turn for the worse, people have turned away from eco since it’s so expensive. I still have my regular clientele that buy my couture line, but I’m starting a new line that’s a bit more affordable and able to be made in larger volumes. I’m doing more simple tees and ones that are a bit more embellished. The simple tees make for great layering pieces, while the more decorated ones are a bit edgier and fun. The basics line is called Deborah Lindquist Basics and the other is named Green Queen.

YRB: Where would you like to see the brand in the next five years?
Deborah: Stable and everywhere. I would really like to see it have a strong presence in the fashion world. I’d also like it to become a lifestyle brand. I’m already doing bridal, couture and everyday pieces and would like to get into home accessories. People who embrace eco incorporate it into all aspects of their lives, so I really feel my customers would embrace more lifestyle products from me.

YRB: What type of legacy would you like to leave behind in the fashion industry?
Deborah: I’d like to know that I’ve designed beautiful things for people that they love and cherish. That I’ve used my creativity to the best of my ability and knowledge and was able to make the world a better place. I know it sounds silly, but I just want to do good for both the world and fashion!