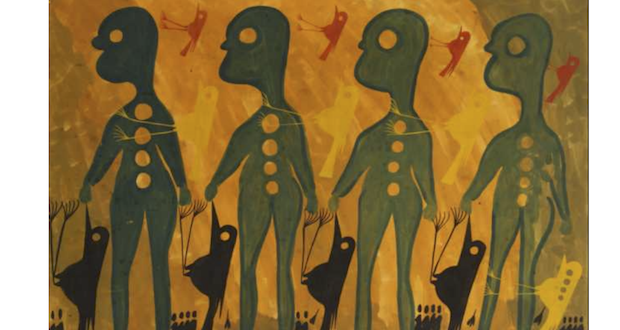 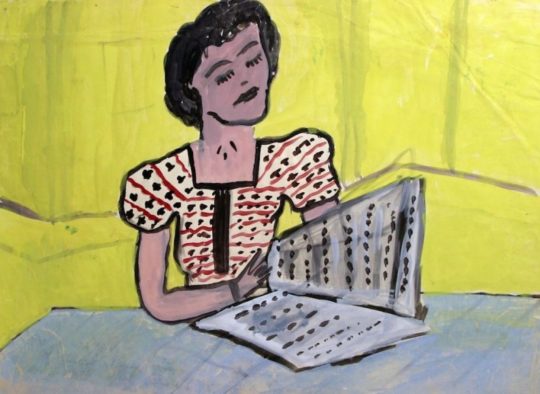 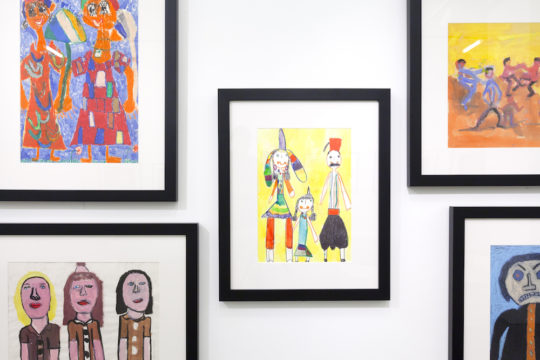 Participating galleries in the 28th edition of the Fair include 65 exhibitors, representing 35 cities, from 10 countries, with 10 first-time galleries. 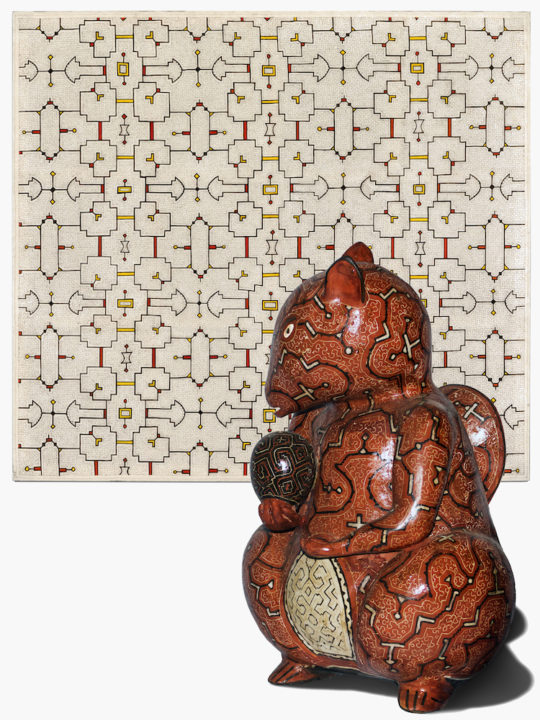 Both artists, Flores and Yui, live and work in a region of the Peruvian Amazon where the Shipibo indigenous peoples are struggling for their cultural and social survival against deforestation and oil and palm interests, which brutally encroach on collective land and lifeways.

The work is spiritual and tied to indigenous wisdom and the healing ceremonies of local shamans. The intricate patterns in the works signify this deeper consciousness and also communicate a strong relationship with plants, the earth, and ecology.

The work of both artists appeared in the film Icaros: A Vision (2016). 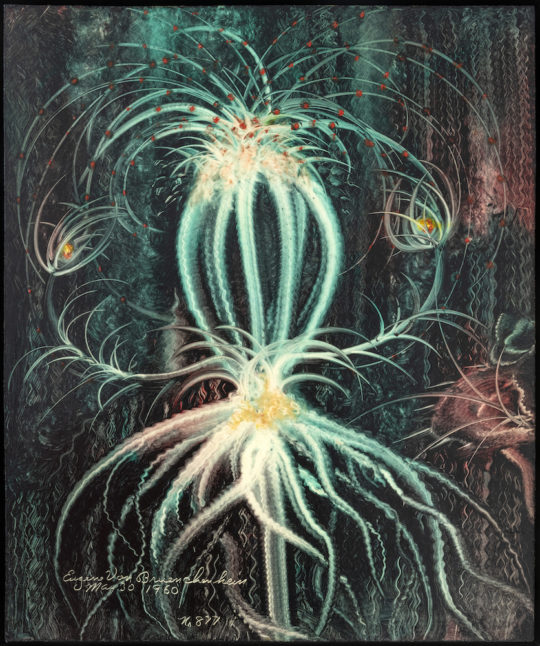 Special Projects at the 2020 Fair include:

• A special project wall of 500 “bogus cinderella” postage stamps—stamps created for fictitious states to declare their existence, but which hold no postage value—is curated by Laura Steward (Curator of Public Art at the University of Chicago).

The stamps offer a unique glimpse into an alternative United Nations of 25 “bogus” states.

They are largely drawn from the former collection of Jim Czyl (1947 – 2014), who wrote the “Cinderella Scene” column in Linn’s Stamp News from 1982 until his death. • From the Perspective of a Child is an exhibition of artworks from the permanent collection of the Children’s Museum of the Arts (CMA), which houses over 2,000 artworks by child artists from over 50 countries.

The CMA permanent collection sheds light on children’s art and ideas from a broad range of eras and regions by providing windows into how children have seen and represented their world in specific historical, social, regional, and national contexts.

On view are selected pieces from the Kuniyoshi Collection, a portion of CMA’s permanent collection representing young artists who participated in the Federal Art Project (FAP), part of the Works Progress Administration (WPA) created in the 1930s.

The FAP offered free arts education to people of all ages. In concept and function, this open-door policy promoted the arts as a valuable element of society and an activity to which every individual should have access.

Blue Bedroom Blues will be on view at Ace Hotel New York from January 6 through February 6, 2020. 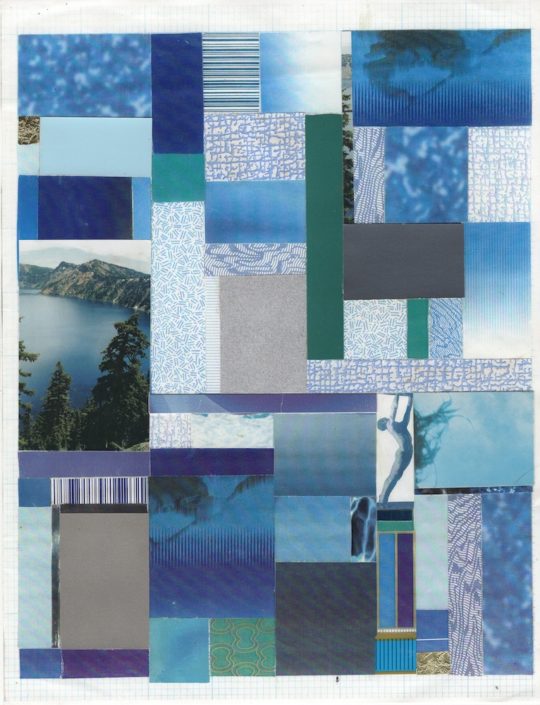 The exhibition is presented in conjunction with the Outsider Art Fair and is curated by Gordon Robichaux, NY. For Weston’s immersive installation, the walls of the gallery are painted entirely in the artist’s signature blue, within which he has installed a series of his intimate paper collages from 1999 and a large multi-panel artwork created specifically for the exhibition. In the center of the gallery, Weston transforms a bench with a fabric cover that suggests a bed (made in collaboration with Martin Keehn). “I make all my work in bed,” says Weston, whose apartment, which is also his studio, is crowded with binders and file boxes of materials for his art—a vast archive spanning his years living in New York. Before moving into his current apartment in Chelsea, Weston lived in SROs and hotels all over the city—the Esquire, the Senton, the Roger Williams , and the Breslin, now the site of The Ace Hotel.

Much like the artist, filmmaker, anthropologist, and mystic Harry Smith, Weston’s years in residence at the Breslin provided affordable lodging in the heart of Manhattan among a community of like-minded creatives. Weston’s Blue Bedroom Blues brings his life and work full circle. The Blue Bedroom Ballads/Blue Bathroom Blues series is inspired by Weston’s experience living with HIV. The exhibition coincides with Weston’s inclusion in Souls Grown Diaspora at apex art in New York, curated by Sam Gordon and on view January 11–March 7, 2020.

The Fair is pleased to continue its partnerships with Raw Vision Magazine, the American Folk Art Museum, the John Michael Kohler Arts Center, Intuit, and beneficiary God’s Love We Deliver.

About the Outsider Art Fair:

Quickly recognized for its maverick spirit, OAF played a vital role in building a passionate collecting community and broader recognition for outsider art in the contemporary art arena. In 2012, the Outsider Art Fair was acquired by Wide Open Arts, a company formed by New York gallerist Andrew Edlin.

With its debut edition in 2013 the Fair established guest curatorial projects and the talks program. The 2013 Fair enjoyed rave reviews and more than tripled its previous attendance records. Propelled by this success, Wide Open Arts took the Fair to Paris for the first time in October 2013, helping to reinvigorate the city’s long tradition of recognizing and championing art brut and self-taught artists.

Open to the Public: