Britt Bergmeister is a successful working model originally from Toronto. Recently starting her own sustainable brand of basics, OMDODC aka “off duty Model, on duty citizen” she is also an activist promoting a waste-free life. At the young age of 12 Bergmeister moved to Tokyo and spent her teenage years there, before heading back to North America and pursuing a full time modeling career. 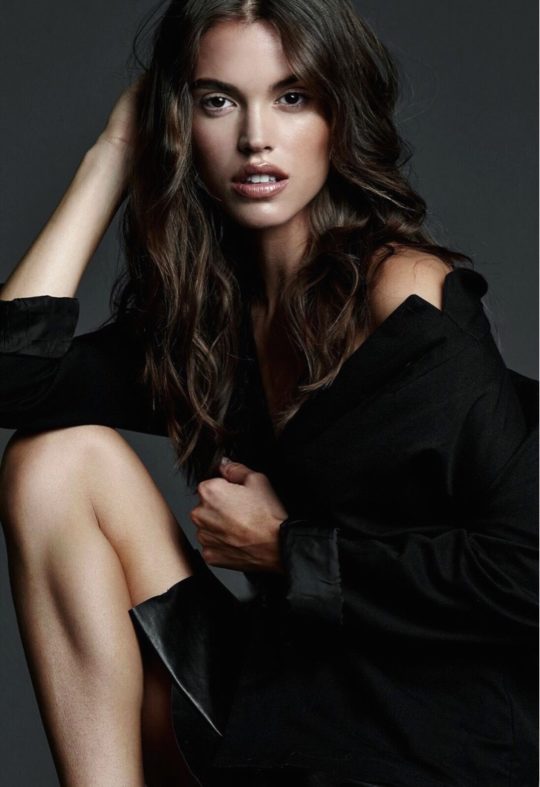 Brana Dane: How was growing up in Japan?

Britt Bergmeister: Growing up in Tokyo was such an incredible experience. I loved the culture, the food and the incredible people. It definitely has a special place in my heart. I’ve been in New York for just over five years and it’s quite similar to Tokyo. I love living in a city that never sleeps.

Ever since I was 13 I wanted to model. My mom had modeled for a few years in Toronto and Paris and Fashion Television and America’s Next Top Model were always on in our house. Since we were in Tokyo, my mom would take me into an agency she had heard positive things about back home in Toronto every summer when we visited, however the head of the agency wanted to wait. Instead of throwing me into the industry before I was really ready, Elmer wanted to wait until I was back in Toronto for good and had finished high school, something I’m incredibly thankful for, even though it was so hard to wait to be signed. At 18, once I had moved back home for university, I signed with my mother agent and began balancing school with work, which for me was a lot easier said than done. A year in, the opportunity to move to New York and pursue modeling full-time came up so I took the chance and have been here ever since. It’s important for me to go back and get my degree so whether I’m 30 or 40, I will make it happen!

Brana Dane: What are some of the major moments in your career so far?

Britt Bergmeister:  I’ve been lucky enough to have lots of incredible experiences from shooting on the beaches in South Africa and Tulum, to walking for Ralph Lauren at their show in Highclere Castle where Downton Abbey was filmed. I think another major thing (that I often have to remind myself of) is that I’m still modeling steadily for five + years, and still making a good amount of money from it. Some of my jobs may not be as glamorous as others but I’m proud to be working as much as I do.

Brana Dane: What effect, if any, has modeling had on your self-esteem?

Britt Bergmeister: Honestly it changes day to day. A big part of me thinks modeling was a great way to build self-esteem and self-awareness. A lot of us models leave school early and I think what we may miss out in ‘book smarts’ we gain ten-fold in street smarts and personal development. We’re working constantly with new people, being thrown into a different jobs every single day so you learn a lot about yourself, how to work with new people, how to travel on your own or be on your own in a hotel or new city for months. 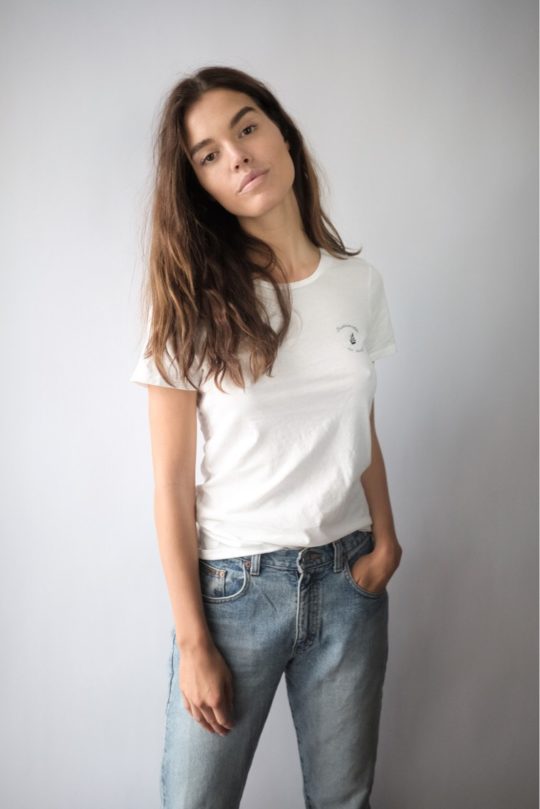 However, being in an industry that is built on the basis of one’s looks can definitely have negative effects on your self-esteem. As I mentioned earlier, we’re always in a state of competition, often with our own friends and the number of models and influencers is growing which adds to the pressure to succeed. It’s hard not to compare yourself to others, especially since all that information is available to us readily through social media. Luckily, the desire for “more than a model” is growing and companies are investing their money in girls who have more than a pretty face. While it’s hard not to compare yourself to those you follow on social media, tools like Instagram also help us share what else makes each of us unique. I can share my quirky, fun personality and show the cool projects I’m up to, like my sustainability website odmodc.com.

Brana Dane: Tell me about ODM/ODC.

Britt Bergmeister: ODM/ODC (Off Duty Model, On Duty Citizen) is a platform I started with my mom that offers inspiration for people craving the “off-duty model” look; the stylish basics that never go out of style or off-trend. From the products we produce to the companies we promote, we always ensure the looks we profile are simple, stylish, and sustainable.

The concept of “off-duty model, on-duty citizen” includes the clothes you wear, the products you use and the environment you live in with the ultimate goal of living more consciously.

With ODM/ODC we want to share what we’ve learned and what we continue to learn about fashion and sustainability.

This is my way of combatting the environmental waste that our industry creates. When I heard a couple years back that the fashion industry was the second dirtiest industry, it made me want to quit and not be part of the problem. Instead I decided to learn more about sustainability, start this company and use the network I’ve made from over five years modeling to influence my community with the hope of spreading awareness about this issue.

Brana Dane: What role does sustainable living play in your life?

Britt Bergmeister: After I started ODM/ODC, it plays a huge part! Once you start learning and reading more about sustainability, although it can be depressing what you discover, you become a bit more obsessed with it and so motivated to do even better.

With regards to straws, something cool I did last year was to take the #stopsucking challenge, which was started by the Lonely Whale, an incubator for ideas that inspire others to change their actions on behalf of our ocean. In the States alone, over 500 million single-use plastic straws are used daily, many of which end up in the ocean. To combat this, my way of making a change is to say no to all plastic straws. I do what I can to say no and try to bring a reusable straw when I need one. 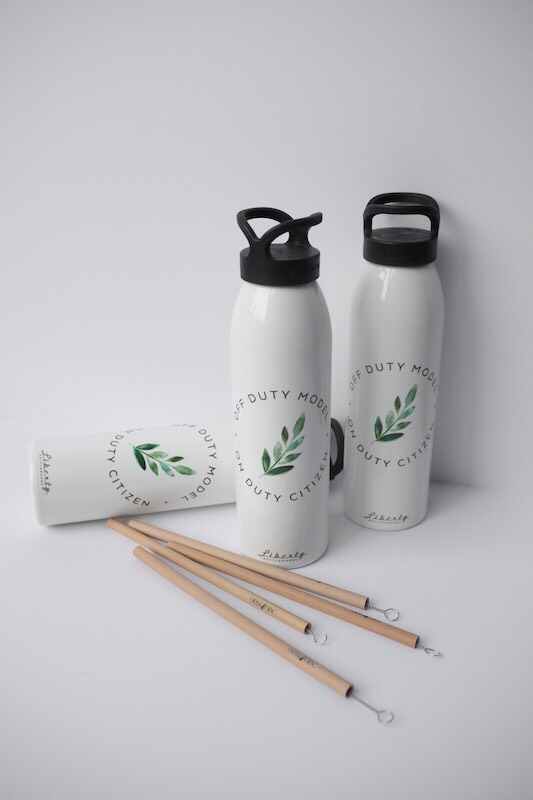 In terms of my business, I launched my own bamboo straw line in partnership with Yourstraw and also made reusable ODM/ODC water bottles with Liberty Bottles, the only USA made aluminum reusable bottles. Lastly I had t-shirts made with Groceries Apparel, an L.A. based sustainable company that uses organic cotton for their tees and focuses on ethical production.

In order to walk the walk as much as I talk the talk about sustainability, I recently signed up for an online sustainable course through Coursera. It teaches you the fundamental theories about sustainability as well as topics covering population growth, fertility rates and renewable energies, etc. I have a lot more to learn but it’s an incredibly enthralling journey.

Brana Dane: As a member of the Model Mafia, you raise awareness about important issues using your public platform as a way to speak out. What is the main change you personally would like to see come to fruition? 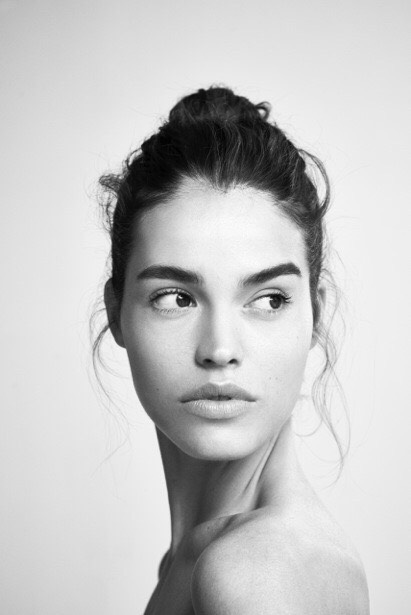 Britt Bergmeister: In addition to making our industry greener, something I’d love to see change is the amount of sexual harassment that is prevalent in our industry. It’s such a fine line between selling lingerie or posing topless for a creative shoot and not having something inappropriate happen. What’s a joke and funny to one may be incredibly hurtful to someone else… Seeing as there aren’t any laws in place that protect models, we don’t even have a union, there isn’t much we can do to defend ourselves if something were to ever happen. Similarly, there is a power issue that if we speak up against so and so photographer who has a reputable reputation, we’re the ones who will get taken down or blacklisted because we don’t have as much authority. In our industry, we’re often punished for speaking up, even if it’s something as small as asking for a snack or a break. The time that I asked what time I’d be working until after a 12-hour day was the time my agency was told I was complaining and being difficult.

Brana Dane: What’s next in your career?

Britt Bergmeister: Who knows! I have the type of personality where I love to plan everything to the last second. I think I became this way after modeling, seeing as our schedule is so last minute, when I do have control of my life I love to have everything planned out in advance. As of late I’m learning to being a bit more flexible and to go with the flow. While I have a general idea, modeling for as long as I can while taking online classes on the side and building up ODM/ODC, I’m learning to not get too anxious about ‘what’s next’ and to be excited about and present in the NOW. 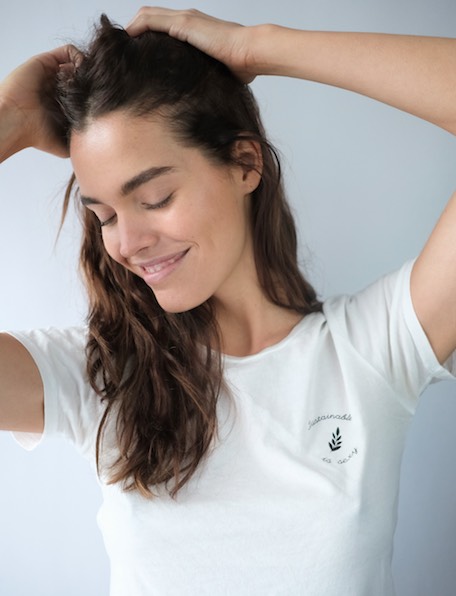 Brana Dane: How do you take your coffee?

Britt Bergmeister: Oat milk latte, extra hot! (I recently switched from almond milk to oat. It uses a lot less water to make than almond milk and tastes incredibly creamy and froths well too! On that note, I’m off to get my coffee! Cheers)