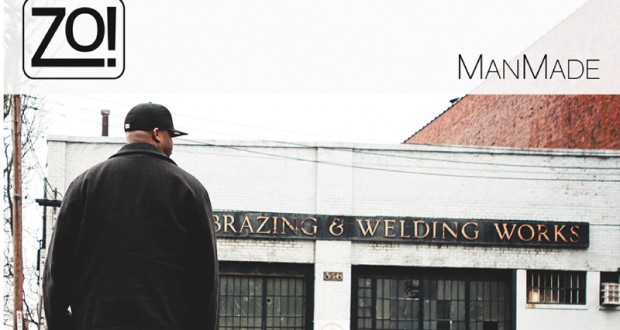 ManMade is an apt title for Zo!’s recently released album, which has already climbed to No.2 on the Itunes chart.

Nu-Soul Tuesday celebrated his new album, ManMade, with a listening party/meet & greet event on the day of its release. Hosted by Jodine Dorce, Zo! opened up to his long-time friend about the project, ForeignExchange and music. 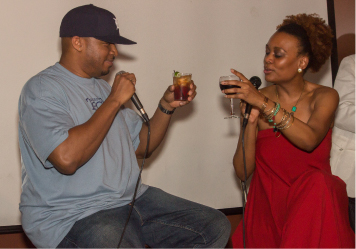 While hanging out with fans at Frank’s Lounge in Brooklyn for his album release party, the laid back artist admitted that he played all of the instruments himself.

“In order to keep costs low,” he chuckled to host Jodine Dorce.

All modesty aside, however, Zo! (aka Lorenzo Ferguson) plays piano expertly and says that he taught himself bass, guitar and drums.  The sound of real instruments (and voices!) prevails on this album, yet is complexly woven with the synthesizer, creating an effect that takes us back to the days of 80’s funk and R&B.

Known to many from his work with the group, The Foreign Exchange, Zo!, a Detroit native, commented that he has great respect for legends such as producer and bassist Leon Sylvers III.  The influence on his work is evident.

It’s “grown-folks” music (you know you’re grown when you immediately recognize a Rick James riff), but speaks through the generations – simultaneously vintage and modern.  Post-generational.  Most tunes on the album are driven by a funky bass line, but textured through the melodies sung by talented guest artists.

Representative are the first and last tracks featuring the sweet voice of Sy Smith who starts the album off with a fast mover – The Train, but ends with the vibey “Body Rock.”  Anthony David’s baritone is featured on “Show Me The Way” and gets you to feelin’ all Barry White-ish (or maybe that’s just me…).

Fans of The Foreign Exchange will delight in hearing contributions from the varied likes of veterans like Choklate, new comers, O.A.K and Gwen Bunn, Eric Robertson, Jeanne Jolly, Carlitta Durand, and, of course, FE’s Phonte.

Zo! Says that he is happier with this album than the others because it “represented what I wanted it to represent.”  He noted that he wanted to create a dance album and, indeed, he does.

The album is mostly upbeat, but at the same time varied in its use of tempo.  Fans who thought the producer/artist had reached a pinnacle with his last album, SunStorm, should be relieved that the beat goes on.  “After Sunstorm people was lookin’ at me like what you gon’ do now,” jokes Zo!, a hint of cockiness in his voice.

“I took that as a challenege.”