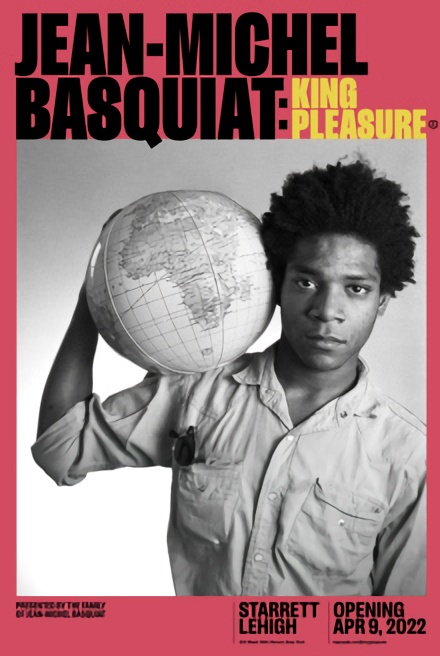 The exhibition opens on April 9, 2022 at NYC landmark, the Starrett-Lehigh Building, and will feature over 200 never before and rarely seen paintings, drawings, ephemera, and artifacts to give an intimate and multidimensional portrait of Jean-Michel that can only be told by his family. This exhibition will create a space where the family can celebrate Jean-Michel and share his work and story with everyone.

The family has also shared the themes and environments that will make up the exhibition, each of which will have works, artifacts, and a dedicated soundtrack. 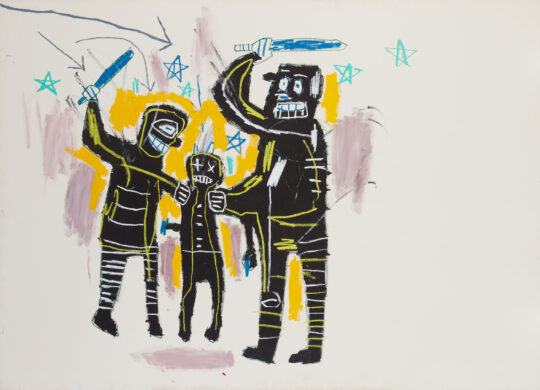 1960 – INTRODUCTION– This section of the exhibition introduces audiences to Jean-Michel, his family, and his heritage with several self-portraits on display.

WORLD FAMOUS– This section details Jean-Michel’s meteoric early success including solo shows in New York and Los Angeles in 1982, as well as being the youngest of 176 artists exhibited at Documenta 7 in Kassel, Germany. This section includes paintings and other ephemera.

IDEAL – 57 Great Jones Street Studio (August 1983) Studio Recreation Jean-Michel’s Great Jones Street studio will be recreated and include paintings, drawings, sketches, personal effects, his furniture, bicycle (his main method of transportation since he had trouble catching a cab), and his videotape and book collections.

ART GALLERY– This section will consist of several thematically arranged galleries with approximately 100 paintings and drawings. All works are owned by the Estate and most of them have never been seen before.

PALLADIUM– In 1985, Jean-Michel created two paintings, Nu-Nile and Untitled, for iconic NYC nightclub Palladium’s VIP area, the Michael Todd Room. The exhibition will recreate this space including video and soundtrack. This gallery also showcases Jean-Michel’s participation in the club scene.

PLACE JEAN-MICHEL BASQUIAT– This gallery will contain oral histories from members of Jean-Michel’s family and a close circle of friends as well as posthumous awards and exhibitions.

Sir David Adjaye OBE is an internationally acclaimed Ghanian-British architect celebrated for his ingenious use of materials, sculptural ability, and singular vision. He is the founder of Adjaye Associates which operates globally with studios in Accra, London, and New York. His largest project to date, The National Museum of African American

History & Culture in Washington, DC. In addition, David Adjaye is known for his frequent collaborations with contemporary artists on installations and exhibitions. 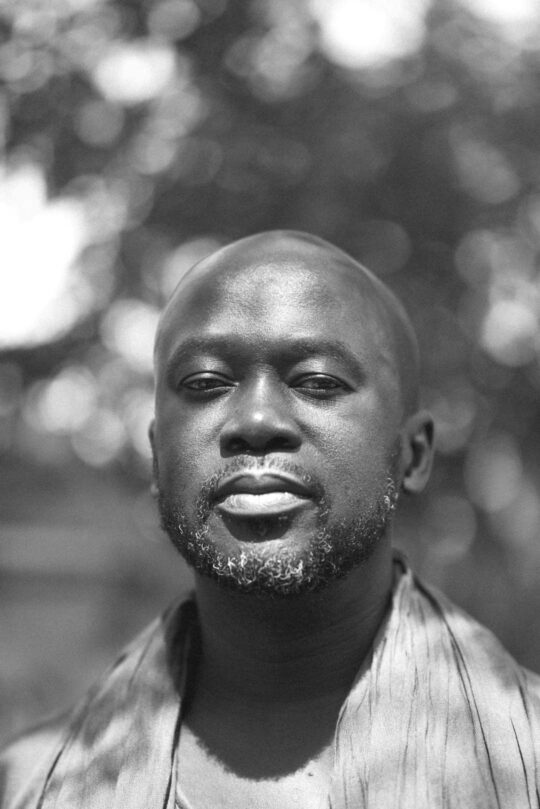 “The vision for this project — to reclaim the narrative of Basquiat’s life and work and to shed new light on an artist that is only partially understood — aligns deeply with my studio’s mission of using design as a storytelling device. I envision the exhibition as an intimate narrative journey that not only displays his trailblazing career but cultivates his spirit and mission through the eyes and insights of his own family.”

“We knew almost instantly that Sir David Adjaye was the right partner for the design of this project.”

“He understood and complemented our vision. Working with him and his team has proven to be exactly the kind of collaboration we were looking for.”

Abbott Miller of visionary design firm Pentagram has created the exhibition identity and accompanying book for Jean-Michel Basquiat: King Pleasure©. Pentagram is a multi-disciplinary design studio independently owned and run by a group of partners who are all working designers. Miller has evolved a hybrid design practice that crosses from page to screen to narrative and architectural environments. He has collaborated with cultural clients including the Guggenheim Museum, the Art Institute of Chicago, and the Metropolitan Museum of Art, and done books for Matthew Barney, Louise Bourgeois, Nam June Paik, Matisse, and The Rolling Stones among others.

“The most exciting aspect of the project is participating in a completely unique opportunity to interpret the work from such a personal perspective.” says Miller, “The framework of the show as a family-initiated project gives it this incredibly powerful point of view, a really unprecedented lens through which to see his work.”

The Basquiat family is producing the exhibition with Ileen Gallagher, Principal of ISG Productions. ISG Productions specializes in the management, creative development, and production of cultural, entertainment, and educational experiences that inspire and inform. Gallgher has worked on landmark popular culture and arts-related projects including Clive Davis Gallery, NYU; Unzipped and Exhibitionism: The Rolling Stones, traveling exhibition; Rock Style at the Metropolitan Museum of Art. “I have worked extensively with Pentagram on other projects, but this is my first time working with Adjaye Associates. There is amazing synergy between the two firms. Their work compliments each other and amplifies the content of the exhibition. The focus on the use of sustainable materials as well as creating bespoke environments to exhibit the paintings takes this exhibition to another level,” shares Gallagher.

Phillips has been announced as the initial participating sponsor of Jean-Michel Basquiat: King Pleasure©.

Previous: FUBU The For Us By Us Network Partners With Fox Soul On Original Programming
Next: Robert Pruitt – To Control The Universe Exhibition September 14- October 30, 2021 at Salon 94