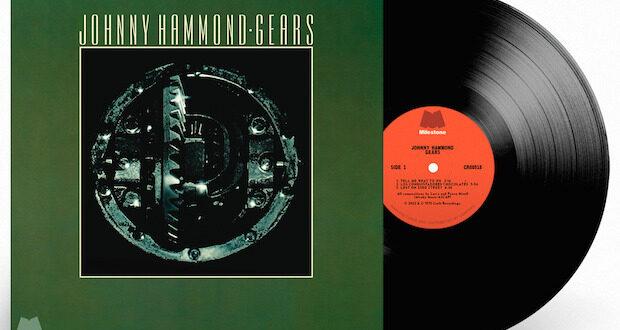 Produced by Larry and Fonce Mizell, who were instrumental in the development of fusion, the keyboardist’s classic album offers a euphoric blend of jazz, soul, funk, and disco for a supremely groovy listen. As with all titles in the album-centric Top Self Series, which reissues the highest-quality, hand-picked rarities, Gears has been cut from the original analog tapes by Kevin Gray at Cohearent Audio and pressed on audiophile-quality 180-gram vinyl at RTI. 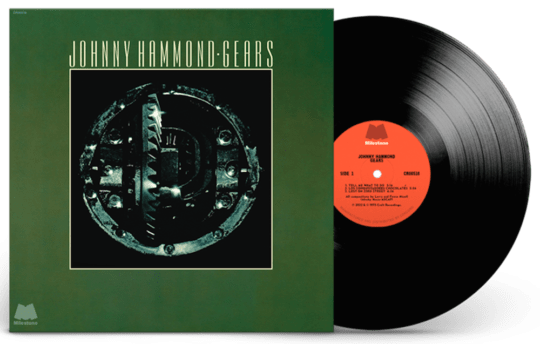 The LP is housed in a tip-on jacket, featuring faithfully reproduced original designs. Long out-of-print in the U.S., Gears is due out November 4th and available to pre-order exclusively at JazzDispensary.com.

Also available to pre-order now is Jazz Dispensary’s Fall ’22 merch collection, which includes a new logo T-shirt and crewneck, a zeotropic slipmat from record animator Drew Tetz, a corduroy logo hat, and a bumper sticker. Additionally, Jazz Dispensary is unveiling its new Impressionistees series, which enlists guest artists to create original T-shirt designs inspired by classic albums. The series launches with a t-shirt from graphic designer and self-declared music fan, Matt Durkin, who reimagines Gears as a vibrant urban jungle. Gears T-shirts are available here and limited to a one-time run of 300. 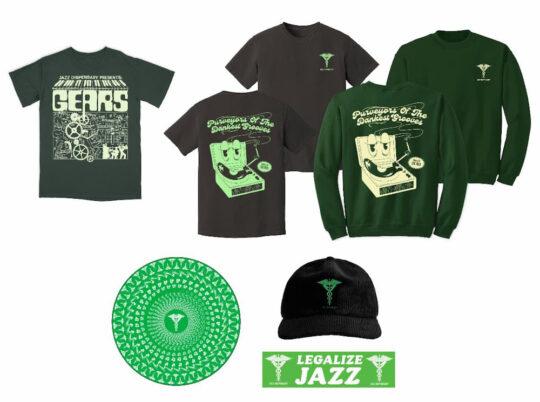 Johnny “Hammond” Smith, who gained his nickname for his masterful work on the Hammond B-3 organ, began his career in the late ‘50s, splitting his time between recording as a bandleader and accompanying others, including vocalists like Nancy Wilson and Byrdie Green and saxophonist Gene Ammons. By the end of the ‘60s, Hammond had become one of the preeminent soul-jazz keyboardists, thanks to albums like Gettin’ Up (1967), Nasty! (1968), and Soul Talk (1969). As the decade turned, the keyboardist continued to push the boundaries of his genre, moving further into funk-jazz. When he combined forces with the Mizell Brothers (first on 1974’s Gambler’s Life and then on Gears), the possibilities were limitless.

Ignoring the strict rules set by jazz purists, the Mizell’s arrived on the scene with fresh energy and innovative ideas about where the genre could go. Bringing a commercial sensibility to their projects, Larry and Alphonso “Fonce” Mizell shared a musically-diverse clientele – from saxophonist Donald Byrd to the Jackson 5. Together, they pioneered the sound of fusion, integrating many of the popular styles of the era, including R&B, funk, and even the emerging sounds of disco. Hammond, who was equally as excited to expand upon his work and look to the future, was a perfect match for the Mizell’s. After setting the stage with Gambler’s Life, the three men reconnected at Fantasy Studios in Berkeley, CA (and later at Los Angeles’’s Sound Factory) to record Gears. Joining them was an all-star lineup of musicians, including drummer Harvey Mason, bassist Chuck Rainey, and keyboardist Jerry Peters. Together, they crafted lushly-arranged tracks – many of which were punctuated by soulful backing vocals – that felt equally fitting for a late-night jazz club, the radio, or the dance floor.

The centerpiece of Gears is the six-minute-long “Los Conquistadores Chocolatés,” which turns up the heat with high-energy beats, multi-layered tracks of electronic and analog instrumentation (including strings, vibraphone, and flute), plenty of wah-wah pedals, and a commanding spoken-word introduction in Spanish. Along with the joyful “Fantasy,” “Los Conquistadores Chocolatés” served as a precursor to the disco hits that would pervade the latter half of the decade, while both tracks were on regular rotation at DJ David Mancuso’s legendary New York City “Loft” parties.

On the other end of the spectrum is the blissed-out “Lost on 23rd Street,” which marks one of the few downtempo selections on the album. The languid track offers a perfect backdrop for wandering through the city, as a casual observer. Another highlight is album opener “Tell Me What To Do,” which begins – innocuously enough – with fairly straightforward chords. Moments later, however, the band kicks into a laid-back groove, jamming over a catchy, looped guitar riff (later sampled by the likes of Armand Van Helden and Mr. Scruff). Remarkably, nearly all of the tracks on Gears have had multiple lives through samples. The funk-forward “Shifting Gears,” for instance, has been used in more than two dozen recordings, including those by DMX and Stetsasonic. The soulful album closer, “Can’t We Smile?,” meanwhile, has been used in songs by Erykah Badu and Kendrick Lamar, among others.

Marking Hammond’s first album with Milestone Records, Gears garnered critical acclaim upon its release and was a Top 40 hit on Billboard’s Jazz chart. Single “Los Conquistadores Chocolatés” was a crossover success, landing in the Top 5 of Billboard’s Dance Club Songs and Disco Singles charts. In the decades since its release, however, Gears has only grown in its cult status.

“At once sophisticated, joyous and accessible, Gears had a profound influence on UK funkateers, and still sounds as fresh today as it did in the mid-70s.”

Similarly, AllMusic praised, “This is unquestionably another jewel in a treasure chest already filled with so many for the Mizell production team, and a great performance by Hammond to keep up with his contemporaries who refuse to be held back by conventional wisdom.”

Jazz Dispensary is a homegrown label celebrating mind-expanding, high-grade selections drawn from the finest original sources of funk, jazz, and all the areas they intersect. With knowledgeable sound sommeliers as guides, Jazz Dispensary brings deep catalog gems to the table, offering bespoke selections to match every mood and inspire an elevated conversation. A funky good time, a mystic journey, a powerful inspiration, Jazz Dispensary has the medicine that will spark things off. One hit and you’re hooked!

Craft Recordings is home to one of the largest and most essential collections of master recordings and compositions in the world. Its storied repertoire includes landmark releases from icons such as Joan Baez, John Coltrane, Creedence Clearwater Revival, Celia Cruz, Miles Davis, Isaac Hayes, John Lee Hooker, Little Richard, R.E.M., Joan Sebastian, and Traveling Wilburys. Plus, the catalog recordings of celebrated contemporary acts including A Day to Remember, Evanescence, Alison Krauss, Nine Inch Nails, Taking Back Sunday and Violent Femmes, to name just a few. Renowned imprints with catalogs issued under the Craft banner include Fania, Fantasy, Fearless, Musart, Nitro, Panart, Prestige, Riverside, Rounder, Specialty, Stax, Vanguard, Varèse Sarabande, Vee-Jay and Victory, among many others. Craft creates thoughtfully curated packages, with a meticulous devotion to quality and a commitment to preservation—ensuring that these recordings endure for new generations to discover. Craft is also home to the Billie Holiday and Tammy Wynette estates which preserve and protect their respective names, likeness and music through day-to-day legacy management of these cultural trailblazers. Craft Recordings is the catalog label team for Concord Recorded Music.