The inaugural Helsinki Biennial opens to the public on 12 June, the city’s annual celebratory ‘Helsinki Day’. Running over the summer until 26 September 2021, the biennial brings contemporary art to the former military island of Vallisaari in the Helsinki archipelago, as well as further artworks on the city’s mainland. Titled The Same Sea, the biennial presents 41 artists and artist groups from Finland and across the globe, showcasing 75% new commissions and site-specific installations which engage with the cultural history, geopolitical location, and diverse environment of Vallisaari. 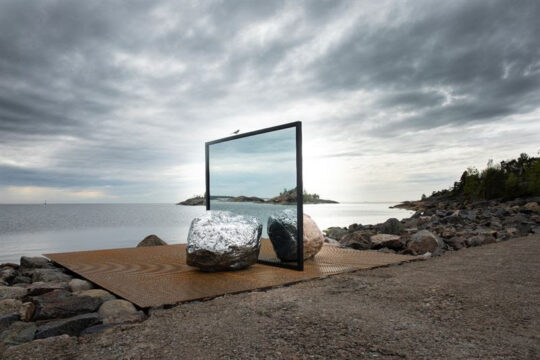 The biennial is proud to open to visitors after the challenges of the past year, and looks forward to welcoming international audiences as soon as travel restrictions allow, with a programme of digital and virtual activities enabling access from afar in the meantime. Whilst some artworks bring to life former gunpowder cellars and old residential buildings, approximately one third of the artworks on Vallisaari are sited outdoors along marked trails. All the artworks are visible when the biennial opens on June 12th and will remain open to the public in line with various Covid-19 scenarios.

“After years in the making, we are thrilled to finally open the biennial to our audiences and reveal this outstanding exhibition. We are indebted to all our team, collaborators, and especially our participating artists, who have worked fiercely and tirelessly to make it happen. We look forward to welcoming as many visitors as possible to Vallisaari this summer.”

Jan Vapaavuori, Mayor of Helsinki, comments: “This is a significant moment for the city of Helsinki and its residents. This biennial embodies the strength and ambition of Helsinki’s art scene and its position in the world as a city which values and champions creativity. We commend the Helsinki Biennial team for their unwavering efforts in bringing this world-class exhibition to life, during a time when we understand – now more than ever – the value art can bring to our citizens.” 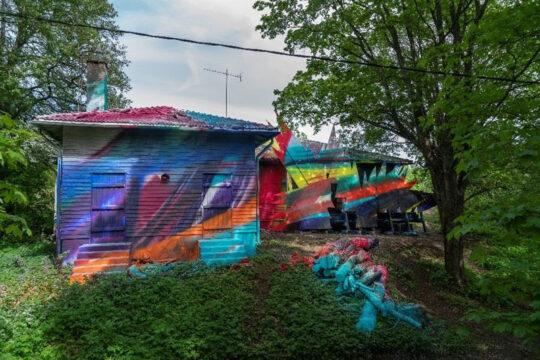 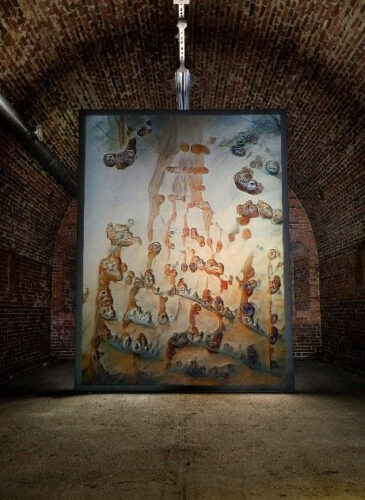 Curated by Pirkko Siitari and Taru Tappola, head curators of Helsinki Art Museum (HAM), The Same Sea reflects upon the ever-pressing notion of interdependence. Artworks in the biennial explore diverse and topical themes ranging from humankind’s relationship to nature, time and change, borders and identities, and concepts of empathy.

Vallisaari forms the tangible and conceptual starting point for the curation of the 2021 biennial. Using the context of the island’s unique cultural history and natural environment, artworks have been placed in, and created for specific locations, in genuine interaction with their surroundings.

Many of the sites on Vallisaari are incorporated into the artworks themselves. Dafna Maimon leads us through a cellar vault which have been transformed into a digestive system, and Tuomas A. Laitinen creates an alien habitat in a former gunpowder cellar. Samir Bhowmik hosts visitors on an expedition tracing the route of an imaginary subterranean and underwater cable which runs through the island. Sitting atop a former elevator shaft, Tadashi Kawamata’s Vallisaari Lighthouse offers a temporary, towering landmark comprised of found scrap material from Vallisaari,which can be seen from various viewpoints at sea, the neighbouring UNESCO heritage island of Suomenlinna, and the Helsinki waterfront.

Our relationship to the natural environment is explored further in other works. Greeting visitors as they arrive on the ferry from mainland Helsinki is Jaakko Niemelä’s installation Quay 6. Constructed from scaffolding and reaching six metres high, it mirrors the projected rise in sea level should Greenland’s northern ice sheet vanish completely. On the Eastern side of Vallisaari, Alicja Kwade’s Big Be-Hide is positioned on a thin strip of land that connects Vallisaari Island with the neighbouring Kuninkaansaari Island. The sculpture comprises two stones – one from Vallisaari and the other a man-made replica – either side of a mirror. The work poses questions about our place in the universe and highlights the continual transformation of the natural world.

Time and change and the imprint of Vallisaari’s former residents have provided ample inspiration for the biennial artists. Katharina Grosse’s in-situ painting and structure Shutter Splinter sweeps across the island’s old schoolhouse and the surrounding foliage. The building, unfit for human habitation for decades, will be dismantled following the biennial; yet the painting’s remaining traces will slowly vanish as the vegetation begins its new seasonal cycle. Grosse’s transient but visually striking intervention in the landscape is a reminder of the passage of time, evoking a dialogue at the intersection of cultural memory and natural process.Sámi artist Outi Pieski and dancers Birit Haarla and Katja Haarla present their first collaborative artwork Guhte gullá / Here to hear. Exploring the correlation between identity, place, and nature, the work asks: how can we mend our broken connection with the Earth? Drawing strength from the artists’ mother-daughter relationship, the work fills the vaulted basement of the Alexander Battery with dance, music and duodji, traditional Sámi crafts. Meanwhile, Hanna Tuulikki’s video installation looks at the concept of metsänpeitto (forest cover), a phenomenon in Finnish folklore where people go missing in nature, places become unfamiliar, and everything moves in reverse. Here the concept is used as a contemporary metaphor for the emotional trauma that comes with ecological awareness. The audio features a vocal improvisation based on traditional cow calling songs recorded on Hanna Tuulikki’s now derelict family farm. 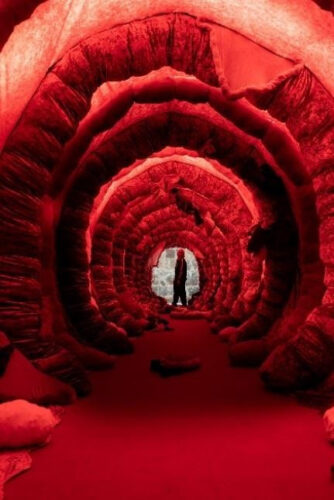 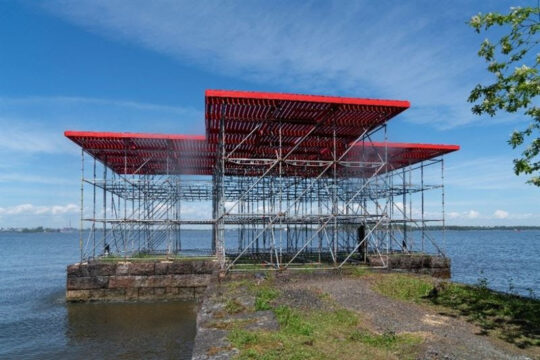 The desire for togetherness and empathy are central to the work of many biennial artists. Kyungwoo Chun’s two participatory works Bird Listener and Islands of Island are created with the help of biennial visitors: activating the role of the listener and narrator, the installations invite visitors to confront and discover themselves and others. The concept of empathy is also given further credence within the context of ecological ethics: inside the Alexander battery, Christine and Margaret Wertheim’s luminous Helsinki Satellite Reef simulates the undersea ecosystem and celebrates nature’s diversity as well as the power of collaboration. Made of recycled plastic, this handmade coral reef was created over time with more than 3,000 residents of Helsinki, manifesting as an urgent reminder of the vulnerability of coral reefs and their human-caused destruction.

Some biennial artworks are located on mainland Helsinki, including Janet Echelman’s aerial sculpture1.78 which will be suspended above the city’s central Senate Square during August; and Helsinki Art Museum, responsible for organising the biennial, hosts an installation and series of events by Rirkrit Tiravanija and Antto Melasniemi in collaboration with Finnish furniture company Artek.

Helsinki Biennial has created an exhaustive online and virtual offering which will bring the biennial to audiences remotely, including video interviews with artists, recordings of performances, and selected digital artworks available on the biennial website. Additionally, two new interactive VR experiences have been created to transport audiences to Vallisaari and embrace the biennial’s unique location. These experiences, called Quest Virtual Helsinki – Vallisaari Island, will shortly be available for download from the Oculus Store.

Please find a full list of the Helsinki Biennial 2021 artists, artworks, and mediums below. 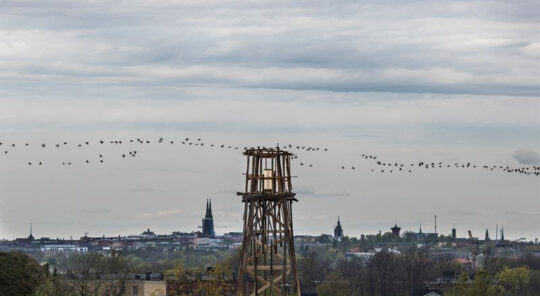 Previous: Finding The Next Rung On The Property Ladder
Next: Renaissance Properties & Leasing Team Showcase New Lobby at 166 Crosby as #NYC Reopens @lawlormedia