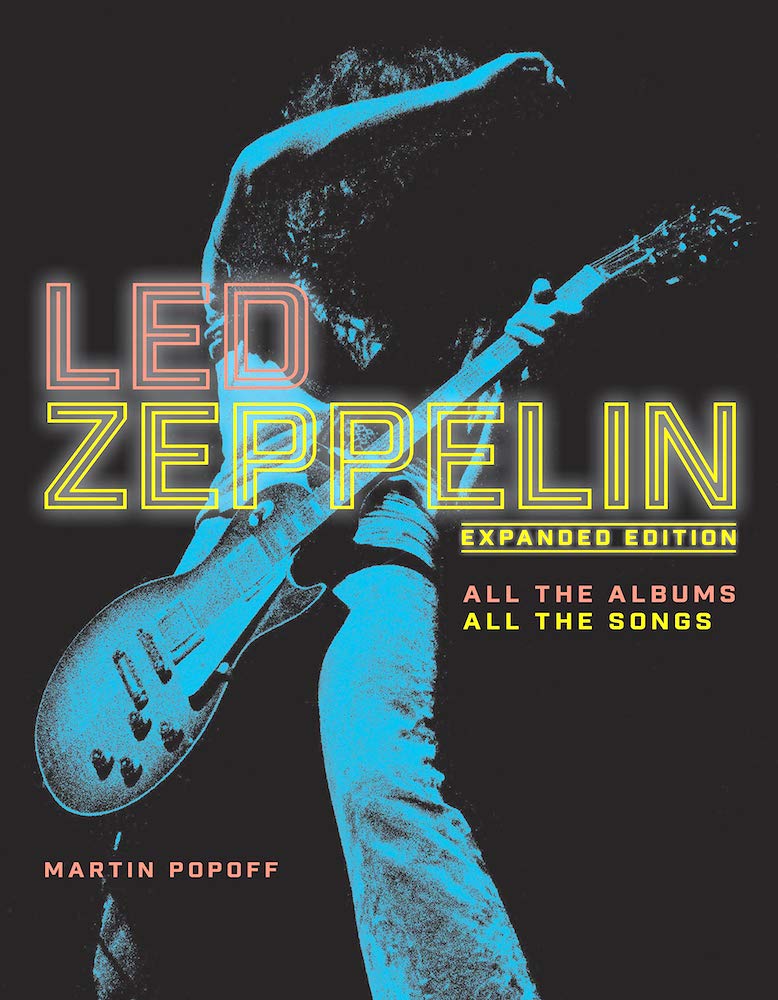 LED ZEPPELIN: All the Albums, All the Songs – EXPANDED EDITION by Martin Popoff

Just in time for their 50th anniversary, LED ZEPPELIN: ALL THE ALBUMS, ALL THE SONGS – EXPANDED EDITION breaks down one of the world’s most prolific bands—track by track, album by album—in this expanded edition, revised to include rarities, outtakes, and B-sides from their storied catalog

Led Zeppelin made nine studio albums – that’s a lotta influential, legendary rock ‘n’ roll. Now, for the first time, get the lowdown on each song on each album, plus much more, in the new book, Led Zeppelin: All the Albums, All the Songs – Expanded Edition (Voyageur Press, October 1, 2017).

Veteran music journalist Martin Popoff picks apart each of these 81 songs in exquisite detail, and for the first time ever, you can come along for the ride. Popoff analyzes the circumstances that led to their creation, the recording processes, the historical contexts, and more. Included as a special bonus, he also offers an introductory essay on each of the band’s nine studio albums, and sidebar features that explore influences on the band as well as song details, such as running time, instruments played, engineers, and studios.

Led Zeppelin: All the Albums, All the Songs is incredibly in-depth with info on how each song was written and recorded and details on the actual studio performances, often down to the number of takes different songs took to capture on tape. There’s analysis and insight on lyrics as well as the band’s writing influences. Each album/chapter is prefaced with the track listing, recording dates, studio, producer and engineer information, release dates, RIAA sales certifications and the album’s peak Billboard position. In addition, this hardcover book features 200 stunning photos featuring rare performance and offstage photography and memorabilia.

From “Good Times Bad Times” to “Wearing and Tearing,” the recorded output of the most influential rock band of all-time is examined like never before in Led Zeppelin: All the Albums, All the Songs – Expanded Edition.