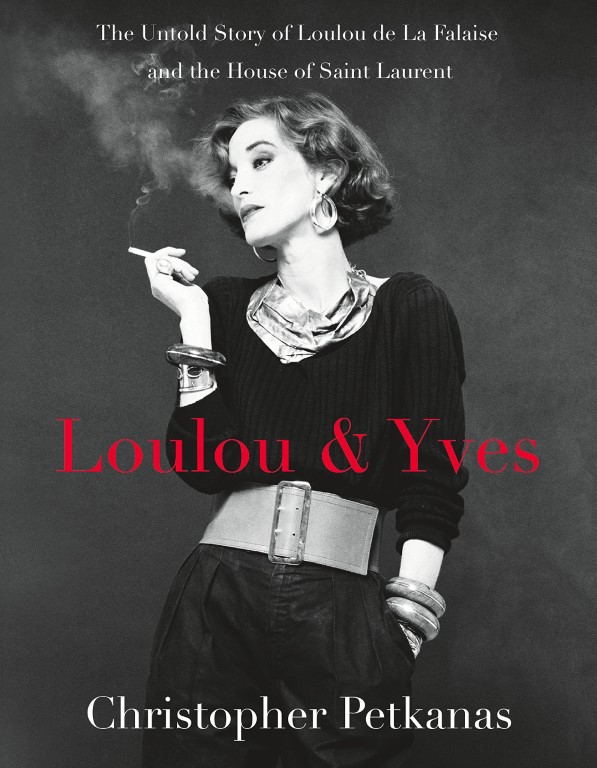 Loulou & Yves: The Untold Story of Loulou de La Falaise and the House of Saint Laurent by Christopher Petkanas

No one interested in fashion, style, or the high-flying intrigues of café society will want to miss Christopher Petkanas’s exuberantly entertaining oral biography Loulou & Yves: The Untold Story of Loulou de La Falaise and the House of Saint Laurent.

Dauntless, “in the bone” style made Loulou de La Falaise one of the great fashion firebrands of the twentieth century. Descending in a direct line from Coco Chanel and Elsa Schiaparelli, she was celebrated at her death in 2011, aged just sixty-four, as the “highest of haute bohemia,” a feckless adventuress in the art of living―and the one person Yves Saint Laurent could not live without. Yves was the most influential designer of his times; possibly also the most neurasthenic. In an exquisitely intimate, sometimes painful personal and professional relationship, Loulou was his creative right hand, muse, alter ego, and the virtuoso behind all the flamboyant accessories that were a crucial component of the YSL “look.”

Christopher Petkanaa covered Loulou de La Falaise and the House of Saint Laurent from 1982 to 1988 while living in Paris, picking up with Loulou again more than two decades later, in 2010, the year before she died. He has written for The New York Times, Vogue, and Architectural Digest, and his previous books are At Home in France: Eating and Entertaining with the French, and Parish-Hadley: Sixty Years of American Design (with Sister Parish and Albert Hadley). He resides in New York City.