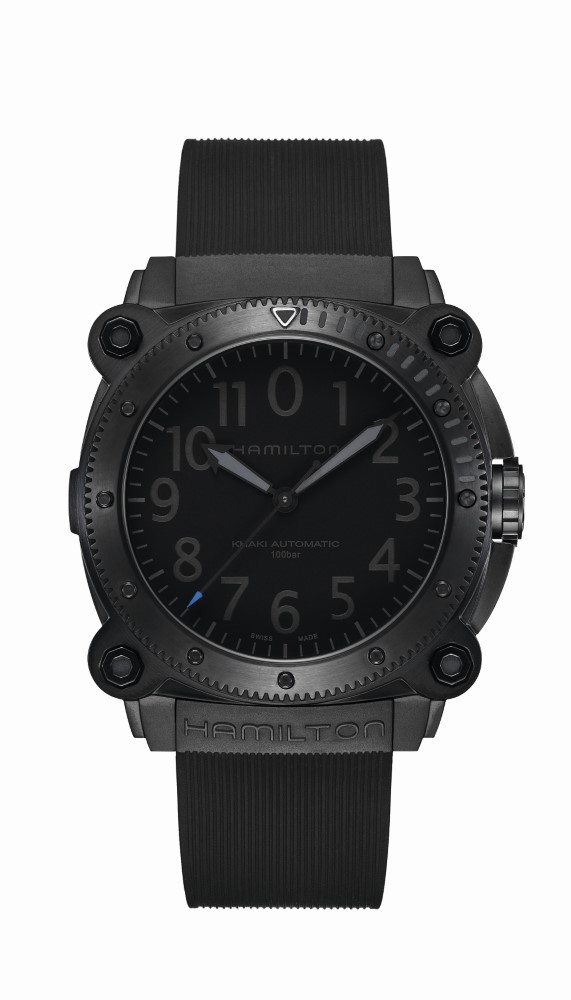 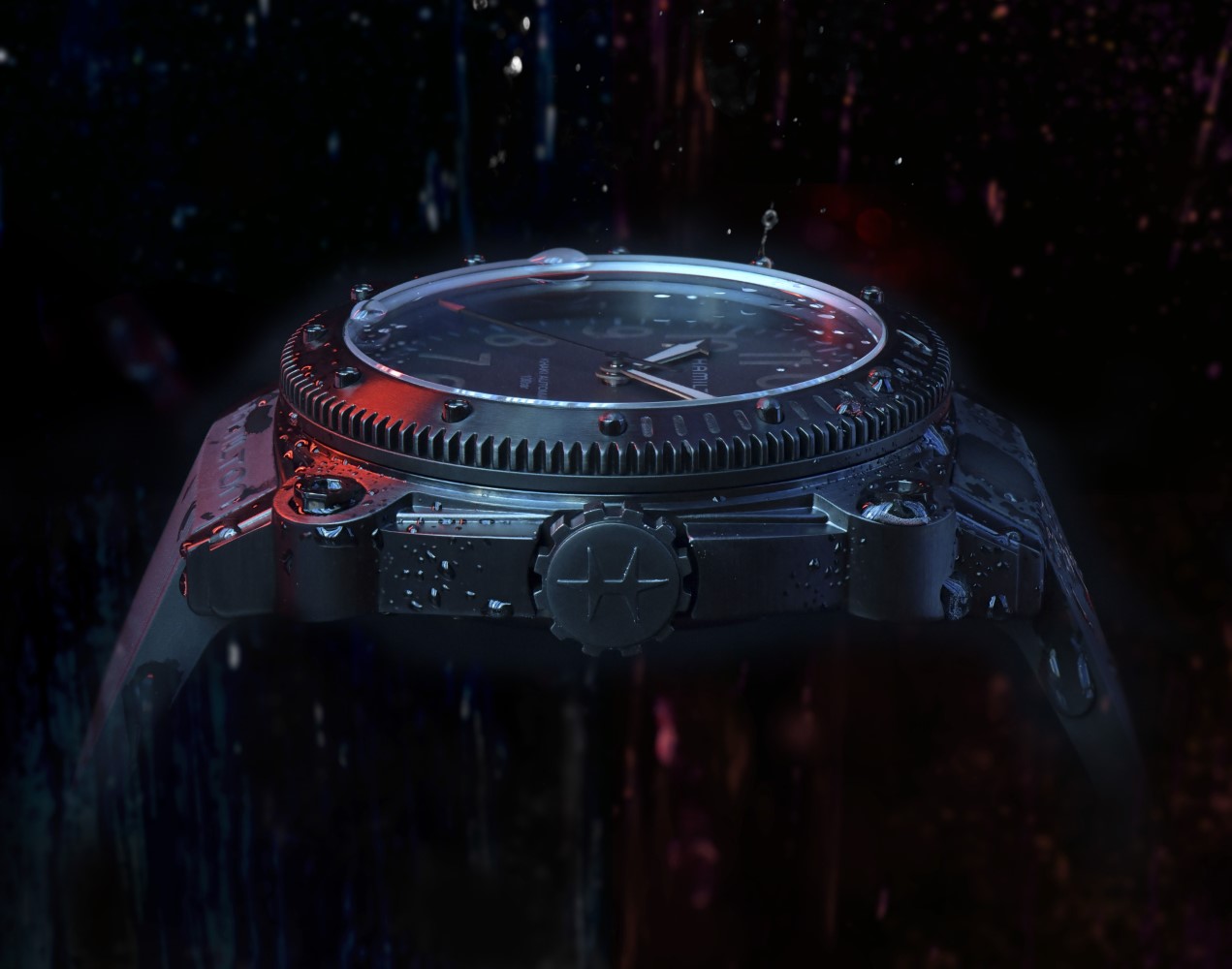 A favorite of filmmakers for decades, Hamilton timepieces have played an integral role in films and inspired audiences. “The Murph” created for Christopher Nolan’s hit Interstellar became a fan favorite, and a clock they designed for Stanley Kubrick’s iconic film 2001: A Space Odyssey influenced the invention of the world’s first digital watch 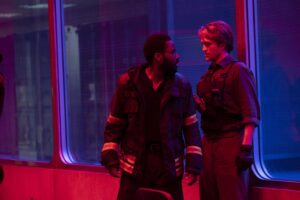 Initial conversations revealed that the film required a watch with features that do not currently exist in a commercially available Hamilton watch. Accepting the challenge, the company committed to merging creativity with craftsmanship to produce this key movie prop.

The 18-month preparation included technical development, testing, and production at the Swatch Group’s lab in Switzerland where engineers found a way to combine the needed technology with the display on the dial of the Khaki Navy BeLOWZERO.

For Hamilton, the creative process didn’t stop there. The Khaki Navy BeLOWZERO served as the base for the wristwatch featured in TENET, but since the watch was only made for the film, they decided to celebrate the collaboration with an inspired-by special edition.

Cased in lightweight titanium, this special edition features a blue or red-tipped second hand as a reference to key colors in the movie. Each color version will be limited to 888 pieces, the number chosen as a nod to the movie title, which is also a palindrome, something that reads the same backwards and forwards.

“I’m always impressed by Hamilton’s dedication to excellence and their willingness to think outside the box to create timepieces that do so much more than tell time,” says Nathan Crowley.

“This project was one of the most challenging and exciting collaborations I’ve been a part of,” says Hamilton CEO Sylvain Dolla. “It was truly a partnership of creativity that transformed ideas into a reality we’ll get to see on movie screens around the world.”