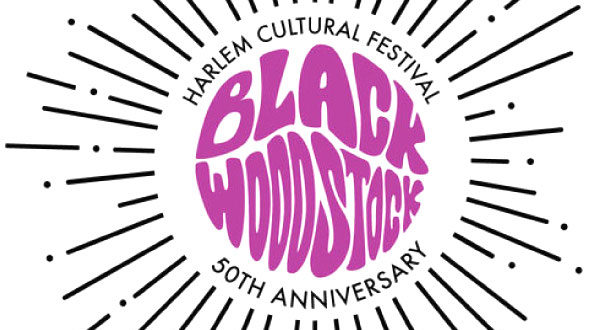 Future x Sounds™, a new national concert series that launched in May of this year, has added new events on August 14th, 15th and 16th leading up to its kick-off concert in NYC that it is launching in tandem with Capital One City Parks Foundation SummerStage Concerts.

The newly added events include two powerful conversations inspired by the theme of the Black Woodstock Anniversary and a VIP Opening Night leading up to the Anniversary Concert on August 17th at Marcus Garvey Park.

In addition to the new events, a number of special guests have been added to its concert on the 17th, which will celebrate the 50th Anniversary of the Harlem Cultural Festival (aka Black Woodstock), including Grammy Award-Winning Cory Henry (Snarky Puppy, Cory Henry and the Funk Apostles), Alice Smith, Georgia Anne Muldrow, and Braxton Cook (Tom Misch). Also in attendance will be the lead guitarist and original member of Sly & The Family Stone, Freddie Stone.

Curated by Neal Ludevig, a founder of the Harlem Arts Festival, the events taking part in the 50th Year Anniversary celebration will take a closer look at the performing artists from the original event that have a demonstrated history in activism in the area of civil rights. 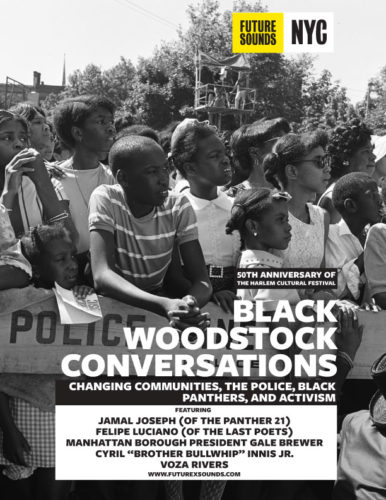 August 14th:​ Using the S​ly and the Family Stone​ concert as a springboard for conversation, where the Black Panthers provided security because the police refused, this event will take a look at how the relationship between the community and local police has changed (or not changed) in the past 50 years, addressing relevant issues of today.

August 15th:​ ​Taking place at Harlem Stage, this conversation will take a deeper dive into the Black Woodstock event, and specifically bring together artists that are using their form of art as activism from the event and beyond. 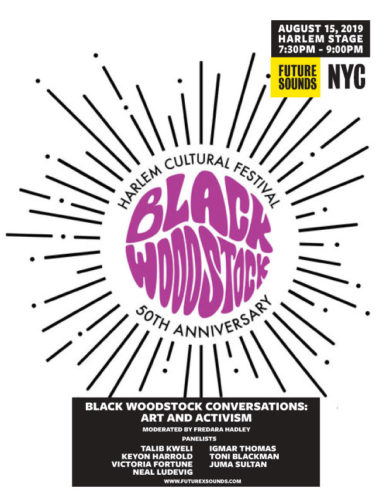 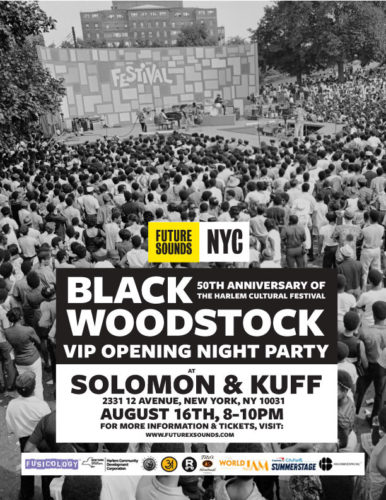 The event will feature a 2-hour premium open bar, DJ music, a Step & Repeat, and more. Proceeds from this event will go towards ​Notes to the Soul​, a non-profit charity dedicated to inspiring positive social change through sustainable music education and empowerment programs to benefit the socio-economically and musically disenfranchised. 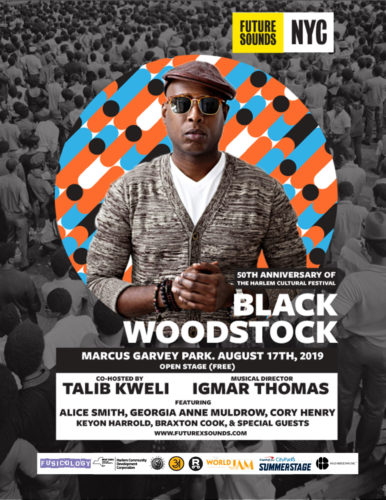 “These concerts are about highlighting the incredible things that are happening in our own backyards and  in our own communities.”

“It is incredibly important to learn and preserve the rich history embedded in our neighborhoods, use it as a catalyst for powerful conversations, and to support the culture and artistry that makes each city special.”

“Future x Sounds is the result of a collaborative effort between a like-minded community of producers, promoters, curators and iconic artists across the country,”

“Our goal is to connect the dots and celebrate creative diversity – we are excited to be part of the celebration of such a unique piece of New York ́s  cultural history”.

The 50th Year Anniversary concert will be ​free and open to the public​ as part of City Parks Foundation’s summer programming, will be accompanied by a series of conversations around activism at ​Harlem Stage​ and the ​Schomburg Center,​ and is being supported in part by the Empire State Development Corporation​. This event will also be the first Future x Sounds concert series, which will also take place in Los Angeles on August 31st (hosted by​ 5x Grammy Award Winner Lalah Hathaway​) and in Philadelphia on Oct 4th (hosted by ​James Poyser​ of The Roots​).

Additional information for Future x Sounds​TM​ concerts can be found at ​www.futurexsounds.com​ and details on the August 17 concert at ​summerstage.org

Future x Sounds is a series of events that provide established award-winning, and socially conscious artists with a unique creative opportunity to share their vision, shift the spotlight onto their talented peers and celebrate their communities. These special, powerful live experiences invite artists, attendees, and society to question themselves and the world around them. Future x Sounds​TM​ is an authentic window into a like-minded artistic global community that stands for the sounds of music and for the sounds of global change.