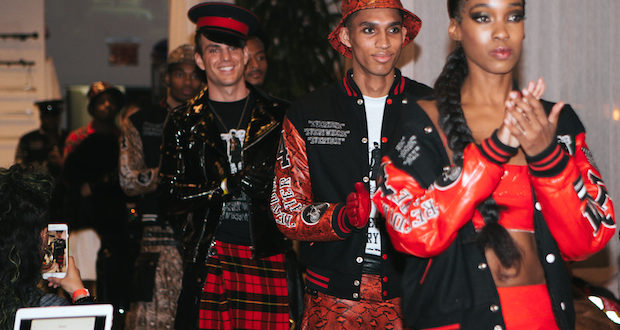 On February 12th, YRB attended the  NYFW presentation of two collections, by Haus of Khendar and Freemen by Mickey. The event took place at the MDRN Intelligent Living space located in the flat-iron district in New York City. 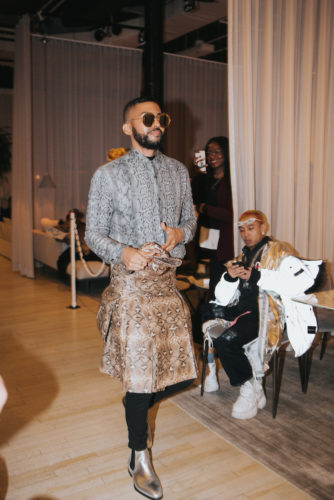 More than just a fashion show, the team curated a one of a kind experience. Guests lounged about on luxe, $20,000 Italian sofas, and sipped complimentary cocktails, courtesy Ciroc Vodka.

The store’s street display area was also cleverly converted into a pop-up shop for merch, print copies of Eyes & Edge, as well as Teddy’s 2019 calendar.

The Haus of Khendar, better known as the brainchild of the multi-talented designer, stylist, and artist Jay Khendar Davincii, took to the runway. 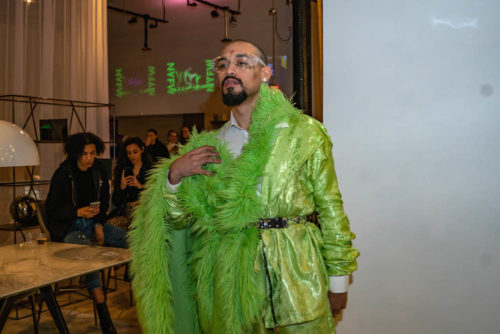 The energy coming off of this collection was palpable, as an unapologetically diverse selection of models brought Davincii’s vision to life, in some cases borderline voguing in his now trademark “glitch” fabric and emitting jubilant cheers from the crowd. 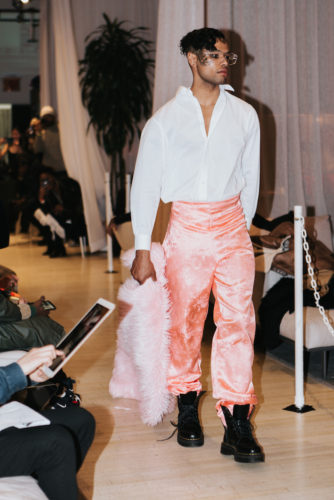 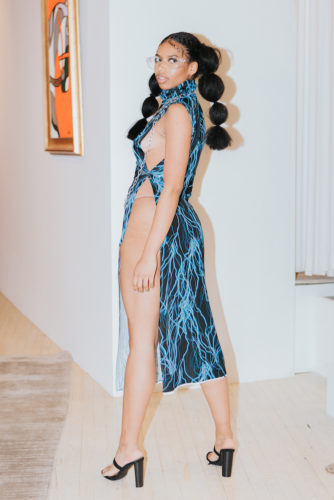 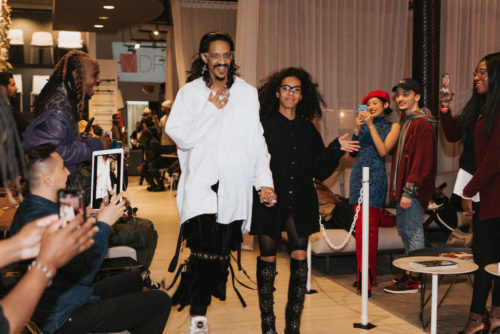 The innovative collection was at once part-trendy (mock turtlenecks!) and part-timeless, unmistakably bearing the mark of his frequent collaborator, celebrity stylist Domi Reina.

In his true fashion, the self- proclaimed “King of Kilts“, celebrity stylist and designer, Mickey Freeman magnified the audience with his latest collection titled “Nouveau Libre” (meaning the ”New Free”), which represents the evolution to what it truly means to be free. 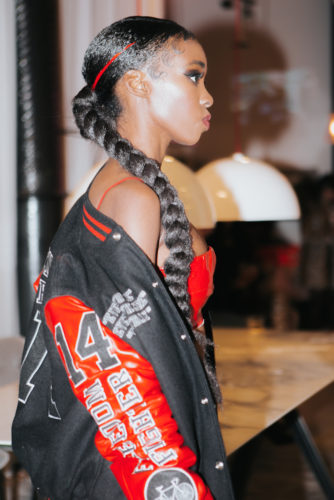 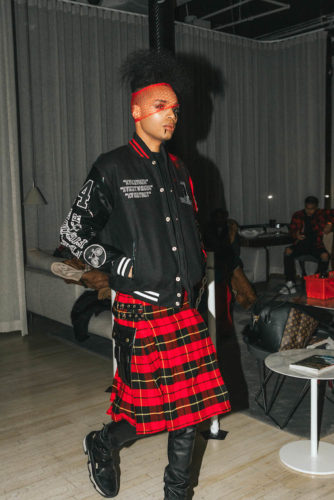 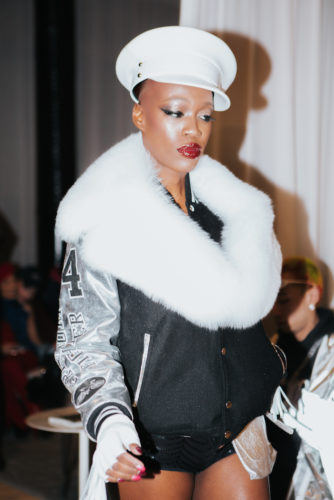 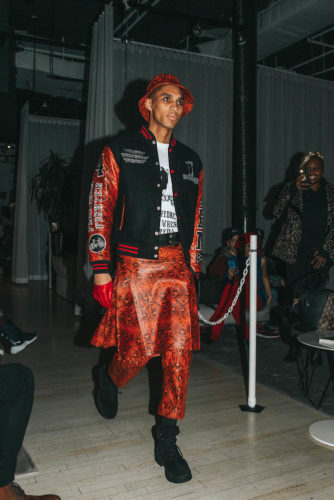 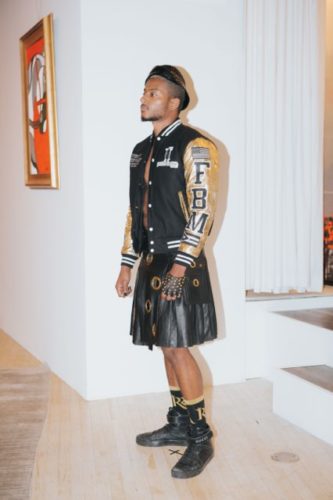 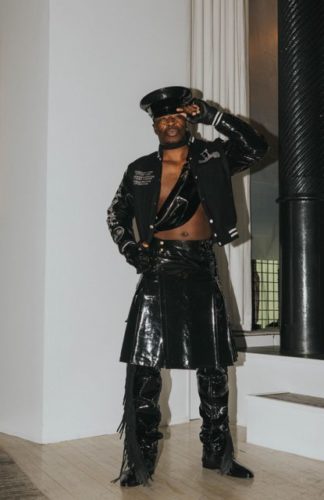 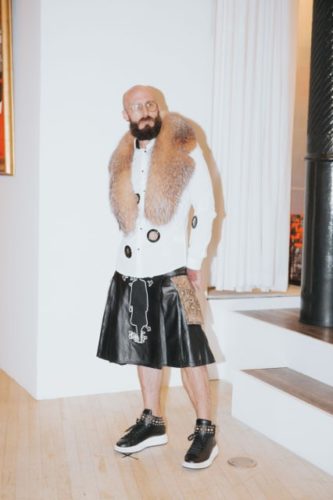 The event showcased his Iconic pieces including the classic varsity jacket, bucket hat, and the traditional Scottish kilt that’s been reimagined and reworked, not to be a mere garment, but his armor, stoic and unimpressed. 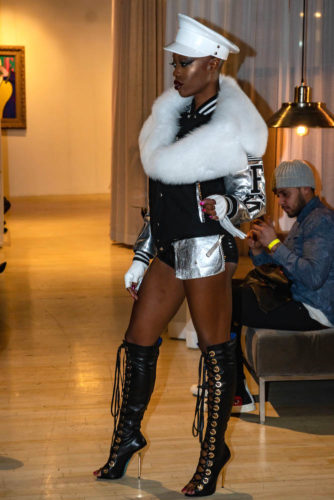 Freemen By Mickey garments are meticulously crafted for the ‘citizen of the world’, with a genderless approach. 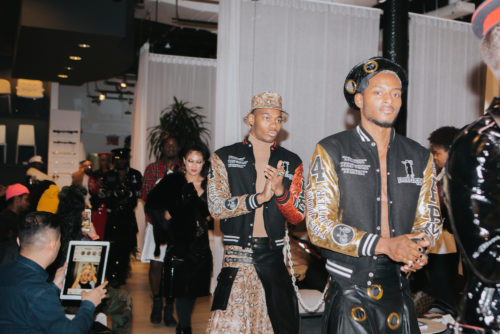 This line is the offspring of a vision in which cultural, racial, and religious lines are blurred—a world in which one thing is certain, “We are FREE”. 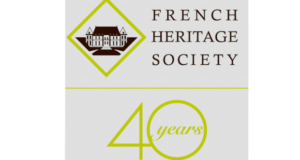