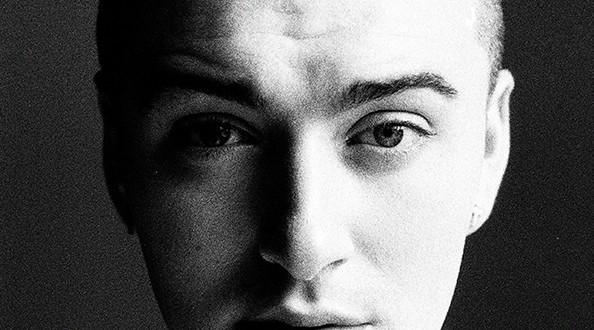 FEATURE: The Man With A Broken Heart Sam Smith by @MenoxMusic @samsmithworld

Over the past decade there has been no shortage of vocal phenomena in the UK, and now you can add singer Sam Smith to the ranks of Amy Winehouse, Florence Welch, Ed Sheeran, Ellie Goulding, Emeli Sande, James Morrison and of course Adele. In fact what Robin Thicke is to Amy Winehouse, Sam Smith is to Adele, sonically. Sam Smith’s effortless vocals pierce through the heart and engage with the soul. There is a pain in “The Lonely Hour,” his debut, which he describes as being a collection of songs about a guy who ell in love with someone who didn’t love him back. 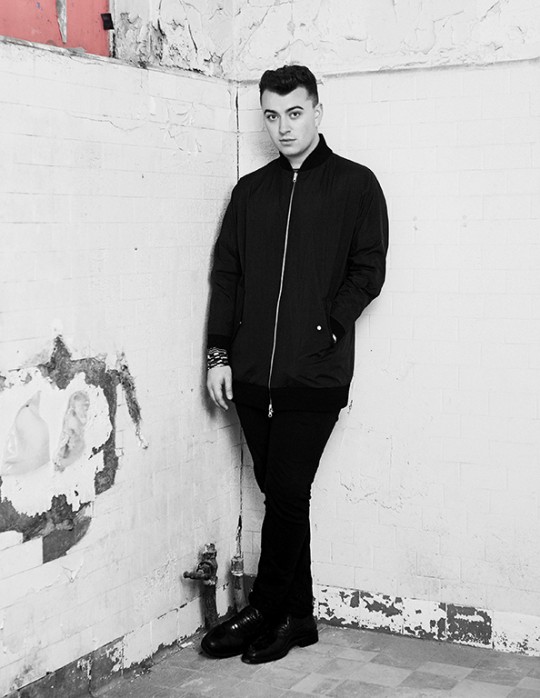 The power of Sam Smith’s voice could be felt on release day at the historic Apollo Theater, where Smith gave a headlining performance and was welcomed as an A- Lister rather than an emerging artist, not to mention joined on stage by Mary J. Blige for the final tune “Stay With Me.” This hit and other tracks consisting of mostly devastating heartbreak material were lightened with some upbeat cuts such as “Like I Can” and a few bars of CeCe Peniston’s 90s dance track “Finally” mixed in with “Money On My Mind.” Amidst all the sad songs, Smith made some humorous comments instructing the crowd to dance “two steps” and then pointed to the balcony, “don’t fall,” or later warning the crowd following the upbeat “Restart,” “it’s going to get a bit depressing now” which was followed by laughter.

Those who have followed Sam Smith since Disclosure’s 2012 breakthrough on “Latch” on which he’s featured, would credit Smith with just as much for his vocal acrobatics as they would with Disclosure’s splattering, hypnotic production. Smith further went on to score a string of #1 UK hits starting with Naughty Boy’s super catchy “La La La,” on which he’s featured and then continued with solo #1s from the album: “Stay With Me” and “Money On My Mind.” His “Lay Me Down,” Smith’s first solo single is an elegant, emotive cut that uncovers some of his recent heartbreak, a story like most of his tunes that is better off told through song. The album tells Sam’s stories of love and loss with R&B as the foundation, but there are slick garage elements, gospel, folk and completely stripped down ballads on the set. Singles aside, “Leave Your Lover” is one of those piano ballads that really impresses and captures emotion in a way that no journal or diary could ever accomplish.

Walking down Oxford Street in London, Smith took some time with YRB while on tour all over Europe. He gushed about his favorite divas growing up and how he wants to be the next male diva, or divo. Smith was candid about his life experience, his appreciation of fans, especially in the United States and also described how honored he was to be asked to perform on “Saturday Night Live” earlier this year.

YRB: In my opinion, Disclosure’s “Settle” album celebrates this sort of new class of vocalists and artists in the UK, with a sort of 90s, house spin. Would you say, “Latch” was a challending vocal?

Sam Smith: For me “Latch” was different because I did not do dance music. I come purely from a soul background. I didn’t know anything about Disclosure when I was recording. When I did “Latch” it was a whole new genre of music for me. It was a really hard vocal, but I went for it. At the time I was working at a bar and I was desperate to get out of it, so I sang the shit out of it. It changes the way I make music now because even if I think something is not amazing, I grow to love it.

YRB: Growing up what singers did you look up to, and are there any you admire today?

YRB: Why do you think painful moments attract listeners to much of your music?

Sam Smith: I remember watching a documentary about Marina Abramović and she said the best art is created when you’re sad. When you’re happy you share it, when you’re sad it’s not quite clear. You can’t pinpoint yourself. You don’t necessarily want to show it. I was very lonely last year. I think those sad songs say the things we can’tsay to ourselves sometimes. People can all sing “Someone Like You” all together, but it would be very different if it were said in speech. It becomes OK to say those things.

YRB: “Stay With Me” is a natural gospel song. Do you have a gospel background or did you ever intend for any of your songs to go in this direction?

Sam Smith: I didn’t necessarily have a gospel background but I love gospel music and I listen to it a lot. With “Stay With Me,” I wasn’t planning to write a gospel song. It’s all my voice, it was all me tracking my voice. I think I did about 15 tracks. It’s quite annoying because I wish people would know.I went into the main room of the studio and I stood in different parts of the studio and belted the lines and we tracked them all up. I’m an emotional person and I don’t cry, but when I heard this I did. 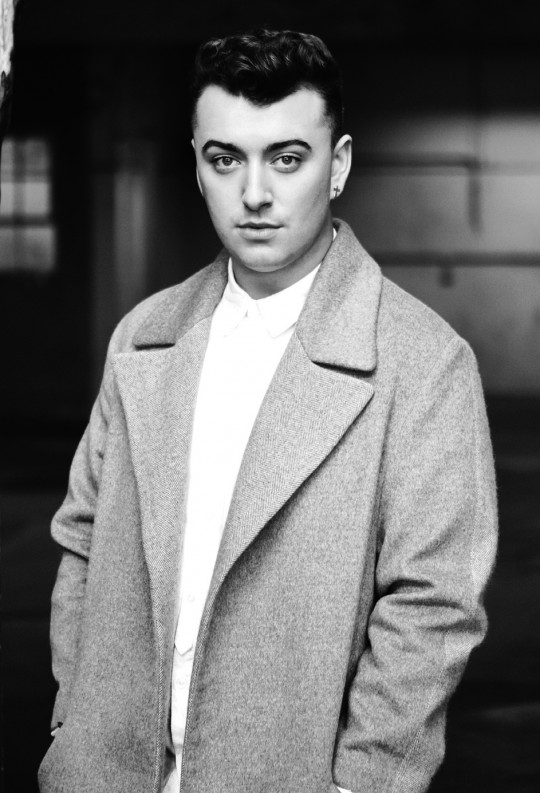 YRB: Has all the attention surrounding your music and your voice changed your life?

Sam Smith: I live in a flat in London with two roommates and though I love living there and being there I’m homeless in the sense that the only things that tie me down there are my family and friends. I just want to live out of a suitcase and tour. I get addicted to watching interviews on YouTube. I remember watching clips of Gaga talking to her fans and I remember thinking ‘My God this is way too much.’ It’s a bit too intense, but I now eat my words. I felt so lonely last year and I feel so loved and so welcomed right now. When I meet people after my shows I feel like they care because I’ve opened myself up. When you’re that personal and can give someone a hug and say it’s OK, it proves how kind humans can be.

YRB: Falsetto seems to be a common technique used in pop music currently. Robin Thicke, Justin Timberlake, Ed Sheeran, and Usher to name a few. Can we now add you to this list as well?

Sam Smith: With my singing it’s not actually falsetto, I’m belting. I’ve trained myself to belt from my chest. I think it’s great. I just want to sound like a girl, that’s why I sound like that. I’m also trying to challenge myself. When I listen to Nirvana it’s quite low for me. It’s really important for me that everyone can sing my songs. I’m also creating songs so the tone-deaf builder can sing my songs. I want my audience to feel the impact that Whitney had on me. There are no male divas at the moment. Bruno Mars is up there, in the sense that he’s genre-less. It’s just powerful, good music and I’m really a firm believer in that.

YRB: American audiences are probably not very familiar with the first UK single “Lay Me Down” as well as some other more recent material. The musicality in this vocal is extremely noticeable. Your voice seems like more of an instrument on this track than others.

Sam Smith: 100%. It was the first song that I did with Jimmy Napes. It’s why my current management works with me. Every song has a different vocal touch to it. I can’t really explain it. It’s just how I sing it. Melodies are more complex in that song.

YRB: “Saturday Night Live” is pretty huge in the U.S. and you have been fortunate to perform on the show very early in your career. What was that experience like?

Sam Smith: It was unbelievable. Every time I think about it I smile, I’m so thankful for having such an amazing team in the U.S. Two amazing people decided they were going to have me on the show. It was a huge risk for them to have me but it’s changed everything for me in America. I’m forever in their debt.

YRB: What’s the biggest difference between performing in the UK vs. the U.S.?

Sam Smith: The UK is very different, they hold themselves back a little bit. Especially in London, they are really a tough crowd, loads of critics and industry people, but when you go more up north it gets amazing and loud and it’s how you want it to be. I kind of prefer American audiences. They ‘whoop,’ they sing when they should and they really go for it. They keep me energized.

YRB: You won the BBC’s “Sound Of”, joining a list of previous singers like HAIM, Adele, Michael Kiwanuka and Ellie Goulding. What’s it like to be among this company? 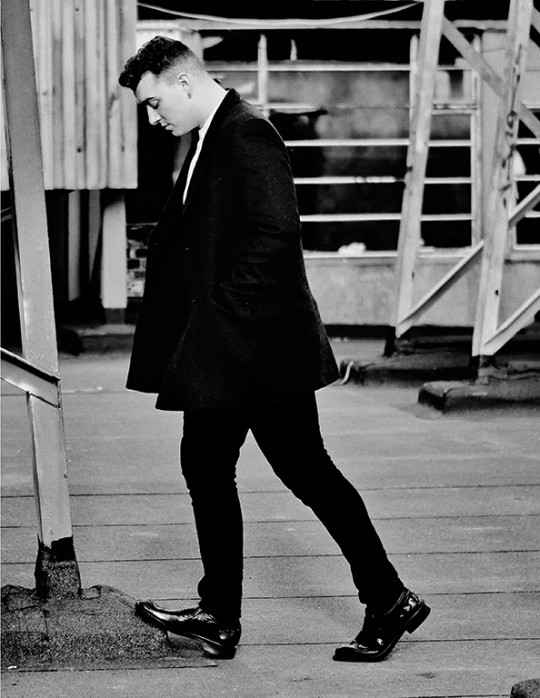 YRB: On “The Lonely Hour” you worked with respected songwriters like Fraser T Smith and Eg White, known for some pretty massive hits. What has it been like having the best of the best to work with?

Sam Smith: When I got signed, I got put into sessions every single day. It’s actually killer. As an up-and-coming artist you get fluttered about a bit and I worked with so many people. There were only a handful of people that really connected with me. My songs are so personal. I was in love with someone last year, with someone who didn’t love me back. I showed these songwriters text messages from this person and they had to keep it a secret for me. It’s OK they took that on because it means these songs became so personal and so real. 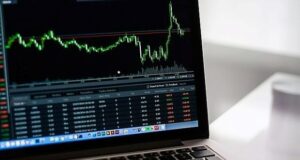