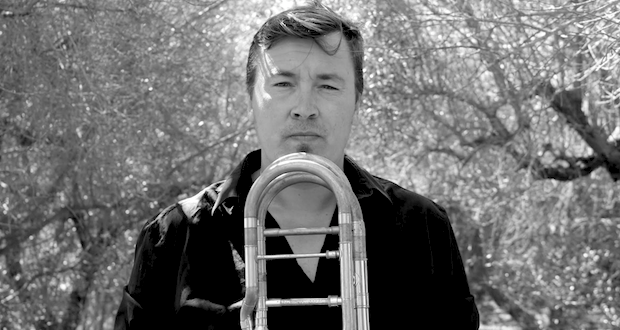 “Portraits” is an album released in 2021 by Technology And Bones a.k.a Alix Tucou

​On this record, Alix Tucou presents himself as a painter capable of painting musical portraits.This modus operandi places the figure of the musician in close relationship with the figure of a visual artist who does not use colors and canvases but a bass trombone and soundscapes.

YRB: What is Technology and Bones? 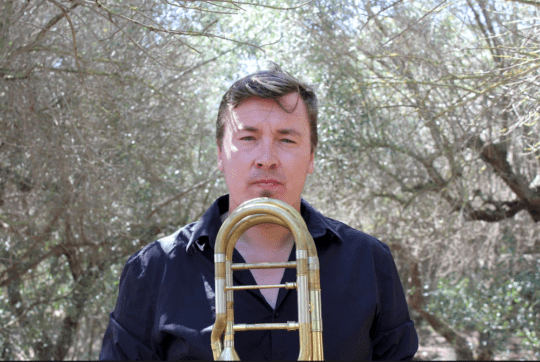 Alix Tucou: The concept of Technology And Bones was born from 2 distincts discovers in a matter of 1 month in 2014. First I discovered a website called at this time www.workwithsounds.com ( now Sound of Changes) in which they collected sounds from technologies replaced by modern evolution…they collect the sounds in order to archive the Sound Legacy of those machines that would be never used and heard again and I found this fascinating. The second discovery was when I watched “Birdman” from Alejandro Innaritu…the OST was composed by Jazz Drummer Antonio Sanchez, and is exclusively drumming during the all movie. I was blown up by the musicality of the combination of the drums with the sound edit of the movie. Those two influences melted in a music project that mixes sounds from everyday life, music production and improvisation with my main instrument, the bass trombone…a kind of crossroad between pure Music composition and sound design with the will to make any listener dive deeply  into this universe of sounds.

YRB: Your last album was in 2018, How different is the approach for this album?

Alix Tucou: “Portraits” is a straight evolution of my first album. When I produced the 2018 album, I did a crowd-funding to be able to realize it. For some generous donators I decided to compose a personal portrait of them as I found the challenge very motivating and creative. While  starting to work on those portraits it open an infinite world of creativity  to me and the discover of my own musical language that I qualify now as “idiomatic”.
It comes to me very naturally to push my creativity in this direction. The main difference with the first album reside in the fact that “Portraits” have a little more “Pop Music” approach as I have the will to make it less experimental and more approachable universally.

YRB: How long have you been working on this album?

Alix Tucou: The first songs I produced date from 2018 ( “See You, See You”) and then I composed and finished the other ones during the 2019 and 2020 Pandemic. It was a very strange period for all of us but it allowed me to have time to create and taking care of a full release all by myself.

YRB:  Tell us about the track “Cu Ti Lu Dissi”.

Alix Tucou: “Cu Ti Lu Dissi” is a song written by the Sicilian singer Rosa Ballistreri in 1974. It talks about a love story that is quite impossible to realize and the fact that one has to leave the person it loves, it does hurt so much…
This version was recorded live with Julia Patinella singing (NY based flamenco singers from Sicilian origins) and Dustin Carlson on Guitar. We first recorded the music and then later while working on the album I decided to add some soundscapes to this Live recording to “draw” the portrait of Julia… I recorded the bass part in post-production with this typical rhythm from Sicilian religious processions. You can also  find inside this version sounds of traditional Sicilian instruments and soundscapes, a sound recording of a flamenco club in the south of Spain.

YRB: Tell us about the experience of recording In the San Rocco Contemporary Art Museum.

Alix Tucou: I have a particular link with this Museum located in Trapani, Sicily. It is in the hometown of my wife and is run by Liborio Palmeri who is a priest also…almost 15 years ago he decided to add to the Church area of the building a Museum dedicated to Contemporary Arts without any distinction of religion. The history of the building is very ancient…it dates back to the 16th century started as a Chapel dedicated to San Rocco and went through the Black Plague, different wars of course and even was a Post Office during the 20th century and then abandoned till Liborio took it over. 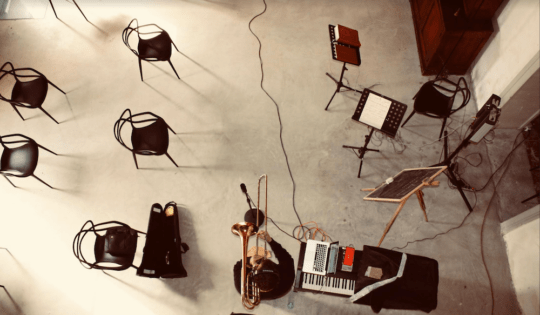 I recorded there during 3 days, in a huge room entirely renovated. The renovations that have been made kept some of ancient walls and columns alongside of new renovations.
I was alone there during the recording sessions. If you have the chance one day to visit it, you will immediately notice the beautiful energy of the building itself…whatever religion is yours…I am not Catholic and always felt something very special there..everyone who visit it will tell you. Recording the Bass Trombone  was a real gift, and finalizing its portrait  (“San Rocco”), was a very spiritual experience for me…as if I was given the possibility to translate the energy of the place on a recording and I do hope audience can feel it haha !

YRB: What is your production process like? What equipment is involved?


Alix Tucou: Generally I always start with the composition of the soundscape, it gives a frame to put the music on. Then I compose the music…I go by a first session of mixing to be sure that soundscape and music melt together  and at the very end I record the bass trombone over it and follow this recording stage by the final mixing. I do everything with my MacBook Pro…for the soundscape composition and all editions and mixing I use ProTools. For the music composition I use Logic Pro with its virtual instruments and also “Kontakt” with a mini midi keyboard (Nanokey)…I work a lot on the velocity of the midi instruments and always give my preference to full takes with small editions rather than pure midi programming…I look for those imperfections that can help with artistic content. To record the bass trombone on “Portraits” I used my Focusrite Scarlett 2i2 and a Focusrite Condenser Microphone.
For Mixing I use a pair of Tannoy Reveal 402 and a BeyerDynamics DT990 Pro. 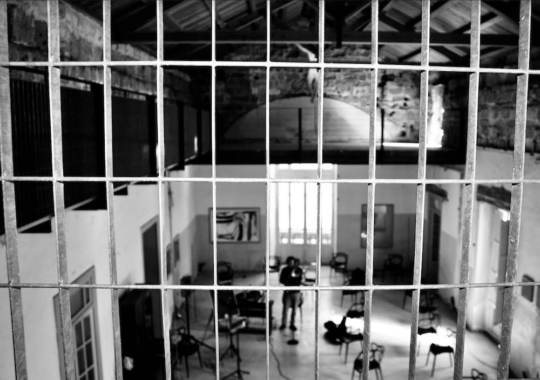 Finally for the Mastering of “Portraits” I had the great luck to make it mastered by a very dear friend of mine (the same person that made me discover electronic music twenty years ago) who passed it through a Reel to Reel Magnetophone from the 80’s a “ Digitec Schlumberger F500” used for broadcasting by German TV and BBC…very high end machine equivalent to a Studer…and also SoundDesign converters used by the Movie industry. This process gave life to my mixes a reveal a kind of 3D effect to my music, as it is intended for. We still have this project one day to mix this album in 5.1 Dolby.

YRB: Tell us about the track “Modernisme”

Alix Tucou: “Modernisme” is a  portrait of the deforestation of the tropical forests and the constant fight between Human society material needs and the power of Nature.
Whatever the human do to the Nature, Nature will always find a way to rebirth differently and with a time frame way more longer that the Human Society Time Frame.The Cycle of Life always close at one point to start again…beyond all artificial content.
I tried to express this idea with a first phase which takes place in the forest (you can hear tropical birds and the trombones mimicking the fauna; E-trombone and Tenor trombone played by the great Kalun Leung) then you hear machines coming up to cut trees, and proceed to the destruction of natural habitat. Then slowly I tried to translate the coming back of life as after a forest fire, there are always little plants growing up green in the middle of carbonated black trees. 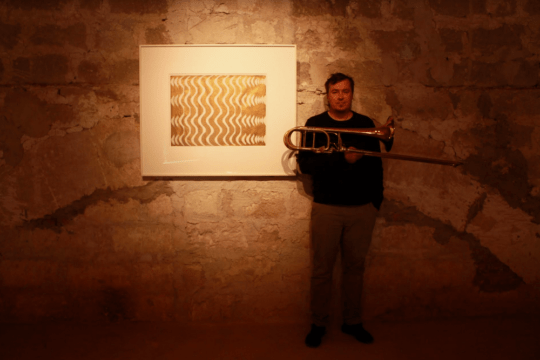 YRB: Tell us about the track “Ce Balcon”-( We really like this one)

Alix Tucou: “Ce Balcon” is a very special one to me. I composed it remotely with my good friend Simon Denizart (French Pianist based in Montreal).
I sent him an arrangement of chords and asked him to record a full take of piano over them. he did a wonderful job and when I received his take I decided to build the arrangement around it adding soundscapes from his hometown in France, typical noises from Montreal and an overall contemporary Jazz Arrangement. For this I needed an Upright Bass Player to lay down a more “Live” vibe to the song…I asked an old friend from France to do it (Thomas Julienne) and then I mixed everything together adding programmed drums.
This song was a true remotely produced song in result of the pandemic, so it gave a very nice challenge to work with! This is the portrait of Simon who I met in Montreal few years ago, and the name of the song directly references to a place we spent a lot of time hanging out together and  also to a song from his first solo album “If my balcony could talk”.

YRB: Will this album get a release on vinyl?

Alix Tucou: For now no release on Vinyl is scheduled…it is available in CD through a label called WormHole Worlds based in UK, and few copies available at Downtown Music Gallery in NYC. And of course on my Bandcamp for Digital Copies.

YRB: What do you want people to get out of this album?

If somebody listen to the album and tells me that the Music made him or her have had its imagination stimulated, it is the biggest reward I can have.
I call this Music “Music for the Imaginary” as it is conceived as a mental and physic experience with our sense of hearing mixed with focus: Listening.
Even if all the songs relate to specific subject I really enjoy the fact that each listener can feel or see different things. 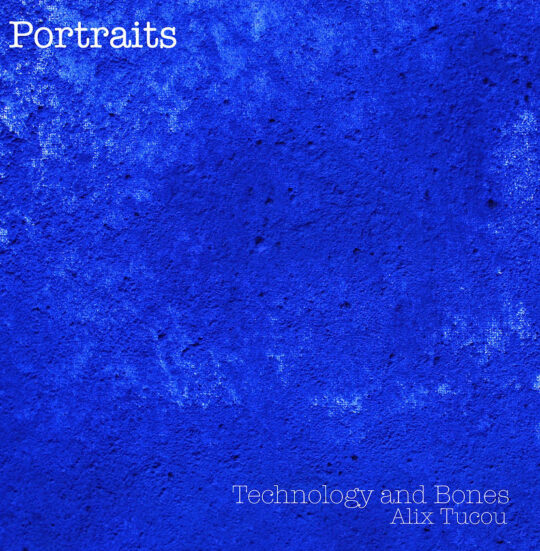 YRB: How do you take your coffee?

Alix Tucou: I only drink my coffee out of a Moka (Italian coffee maker) that I make home or drink  Italian Espresso, from true Italian pastry shops…. small, strong and black !

Previous: The Matrix Resurrections – Trailer
Next: Easy Entertainment Options For The Festive Break 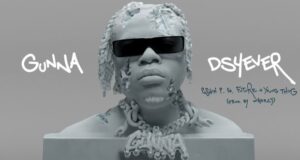 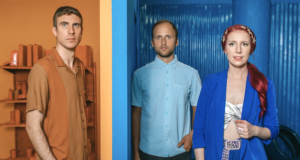 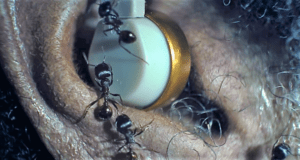 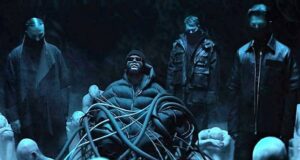 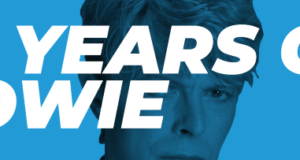 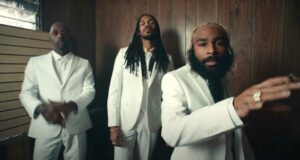 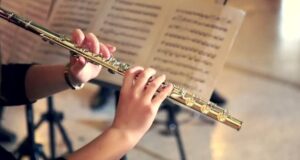