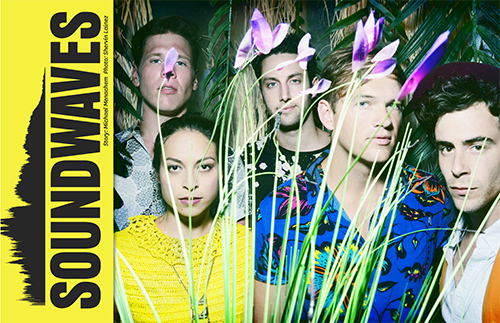 Posted by: Michael Menachem in Features

Brooklyn-based electro-pop outfit, St.Lucia have perfected the nightlife experience. Led by South African singer Jean-Philip Grobler, a producer, songwriter and powerhouse frontman, this band channels the 80’s via dance-pop songs with equal parts of happiness and reflection. There is a depth to their lyrics, wrapped in a nostalgic instrumentation of saxophones, synth and infectious melodies that recall the best of Phil Collins, Peter Gabriel and the new wave era. Their debut album “When The Night” has a slew of notable tracks, from the hypnotic, percussion-packed “Elevate” to the alerted, intimate “Closer Than This” to the urgent, synth-heavy “Too Close.” Grobler’s knack for wrapping his vocals around notes and holding them with intensity and passion that draws out the song’s emotion to complement the intricate production is especially apparent during St. Lucia’s energetic live shows. It’s no wonder Victoria’s Secret was drawn to then band in their 2012 ad spot featuring St. Lucia’s “All Eyes On You,” a song with elements of mystery and desire. Though the band’s album has been out for several months, they are touring heavily throughout the summer. With stops at Summerfest, Electric Forest, and others across North America and Europe, YRB spent some time with Jean-Philip at Sweetlife Festival sitting along a stream in the lush woods of Maryland to get real about St. Lucia.

YRB: Your music evokes the feeling of summer and a comfortable escape for everyone. There is an emotional takeaway from your live performances. Is this intentional on your part?

St. Lucia: I think especially when you see us perform or if you see any band performing and it’s summer and you’re outside in a forest, and the weather’s great, that definitely takes any kind of summery or happy elements and amplifies it. I feel like there’s an equal amount of joy and sadness in our music. There’s a sort of constant fight between happy and melancholy, and a bit of nostalgia at the same time.  I’m generally not the biggest fan of just happy or slit-my-wrists music.

YRB: With the hectic tour schedule, where would you say the band stands at this current moment?

St. Lucia: We’re very happy with the way things are going right now. Touring and playing in front of a crowd like this without having a big hit is amazing.

YRB: People may not realize you had your hand in producing HAERTS’ new material. How did that come about?

St. Lucia: It’s kind of a long story. This is like a way back kind of story. When I first left Johannesberg, South Africa I went to music school in Liverpool, England. I was there for three years. The first friend that I made was this guy Johannes, and we ended up staying friends. He actually introduced me to wife Patty, who’s now keyboardist for St. Lucia. We remained friends and then a few years down the line he became kind of a pop star in Germany and I produced his second album. While we were doing that, Nini and Ben from HAERTS moved from Boston (they studied at Berklee) to New York and we met because they’re all from the same town in Germany. So we met and I heard some of the music they were working on at the time, which was very folky. Beautiful songwriting, and it was obvious their song writing chops were like amazing. And then there came a point where Benny sent me a vocal that he wanted me to work on. I asked what they were doing at the moment? They were looking to update their sound a little bit and get a little bit away from just the folk thing because they were a little bit at a dead end. Garrett (who’s also part of HAERTS) and I used to work together at a music house and I introduced them all. 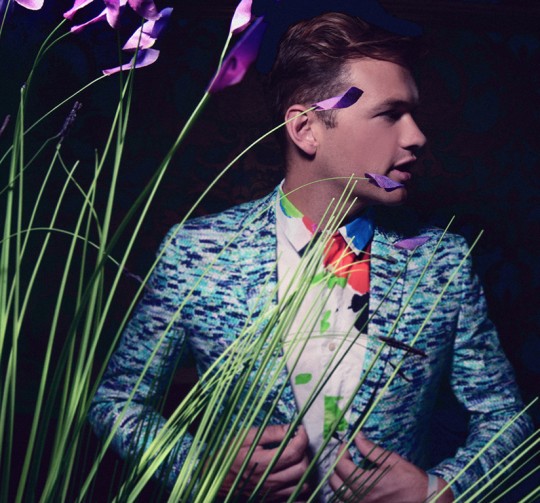 YRB: It’s great to hear that you meet people organically and form relationships with one another naturally in the music industry.

St. Lucia: That’s exactly the way that I like it. I’ve kind of shied away from working with artists that are just on a label and looking for a producer. For me it’s important to have a personal connection with the music and the people and the artists.

YRB: Is there anything interesting that we should know about your start in music or the choir you were in when you were young?

St. Lucia: Piano was my first instrument. I started playing guitar, sort of taught myself. There are so many interesting stories from that time. Having moved away from South Africa has made me realize the value and uniqueness that experience was compared to what other people have in a first world experience. One of the craziest things that happened was once we were flown to the top of a mountain to sing for Nelson Mandela at the 75th Anniversary of the South African Air Force. I will never forget that.

YRB: “September” is very different from the rest of your album. It’s probably the most dance driven of all the tracks. It has a completely different vibe.

St. Lucia: My thing is I try my best or I’m very conscious of repeating myself, so if I come up with very similar ideas, I try and look for something a little bit newer and different. I would say that came in the middle of the writing process for the album because I came up with the EP and all those songs and then “Elevate” and “The Way You Remember Me.” I really love bands and artists that have a very narrow or cohesive aesthetic where they are using a lot of the same things and figures throughout their set. I really admire artists that kind of experiment a bit more and try things within their sound to sort of push the boundaries within that.

YRB: How did the Victoria’s Secret opportunity come about after all?

St. Lucia: I think we somehow had some kind of connection, like we knew somebody. With us, we normally have nothing to do with giving the music to someone. “All Eyes On You” has pretty much been the only song that’s been licensed (also on HBO’s “Looking”). The lyrics and the vibe of the song are very specific and it’s not confusing, whereas the chorus of “Elevate” – I feel like it’s uplifting but “no one elevates you,” is a little confusing lyrically.

YRB: The chant “Don’t go, don’t go away!” on “We Got It Wrong” is not something that is often planned by an artist, to have a call-and-response, but it’s such a great way for an act to hook an audience.

St. Lucia: For a long time we didn’t do that and then one day, probably at a festival I was just inspired in that moment and we got people to chant along to that and it worked. We’ve done it ever since. I think it’s good to have those tent poles in the set where you get people to participate a little bit, but it’s not overbearing. I’ve seen some bands where every moment of every song is like clap, or do this or do that. We try and have a balance where we are playing and doing our own thing and then connect with the audience.

YRB: Is there a difference between doing your own tour vs. being a part of a festival?

St. Lucia: I love the festival vibe because the audience is just in a great mood. Everyone’s like drunk or high or something and the whole energy is just so good. It almost feels like you could do no wrong in that situation, and just being in nature is amazing. But doing your own shows and supporting is awesome as well. Sometimes in those situations there’s more pressure because it’s your thing, but with this there’s so many bands and all you can do is do your best. It’s almost more of a challenge in that way and we always enjoy a challenge. 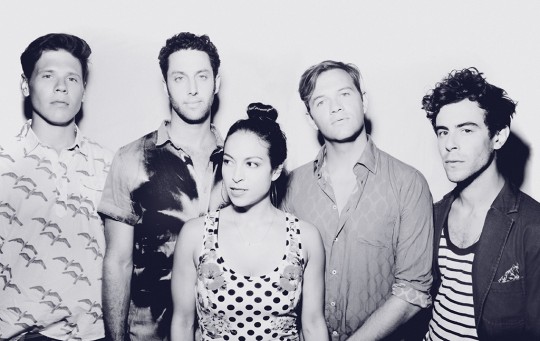