Felipe Pantone is an Argentinian-Spanish artist. He started doing graffiti at the age of 12. He graduated with a Fine Art degree in Valencia (Spain) where his studio is based.

Pantone’s work deals with dynamism, transformation, omnipresence, and themes related to the present times. Pantone has achieved star status without ever publicly revealing his face, a feat that makes him all the more iconoclastic.

Recently he designed a limited-edition Hennessy V.S bottle & gift box in his signature aesthetic. YRB Magazine’s Executive Editor Jonn Nubian sat down with Felipe to discuss his art and the process in making the bottle.

YRB: We have interviewed a variety of artists who have collaborated with Hennessy including Futura, Ryan McGinness, Scott Campbell and Shepard Fairey.

Felipe Pantone: I’ve been following this collaboration from the very beginning.

Everyone you mentioned are my Idols from when I was younger.

Now I’m doing this, can you imagine? It’s crazy! I traveled to Cognac over here a year ago and went through all the archives. 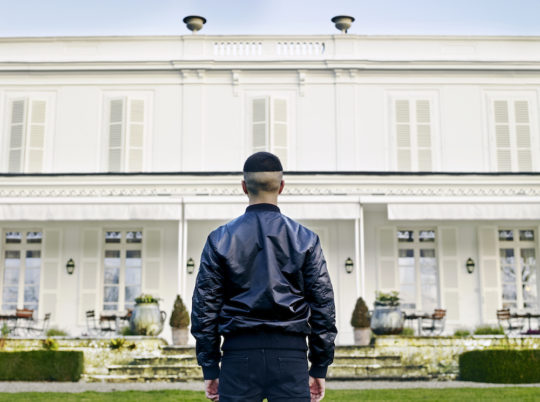 I paid attention to what my fellow street artists did in the past, but also everything Hennessy has done. They’ve been doing labels and posters since 1765. 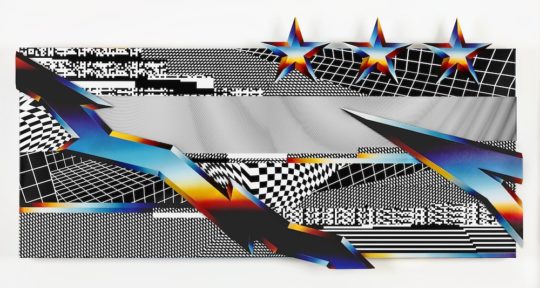 I decided to take elements that I thought were connected to my work in some way. One of them being the three stars. Hennessy Very Special used to be called Hennessy 3 Stars until they changed the name in 1950 or something like that. You can even find like the quilted pattern which is like this rhomboids in the design.

YRB: Did you have any push back with some elements of the design? Ryan McGinness changed the arm hold an axe into a flower. 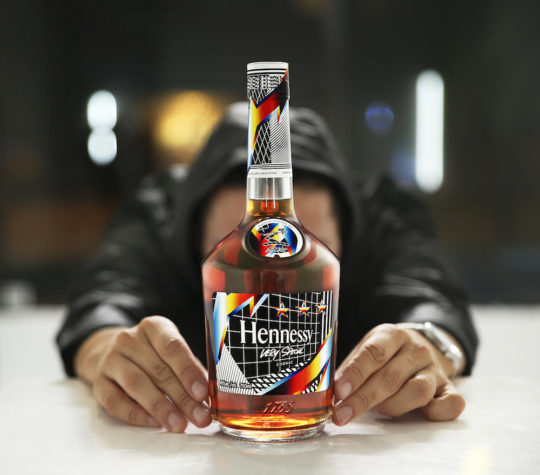 Felipe Pantone: Dude! Check this out! They let me play with the logo! Which is absolutely incredible! I think this is the furthest they have gone! The process was very smooth. I made many sketches and versions to present. 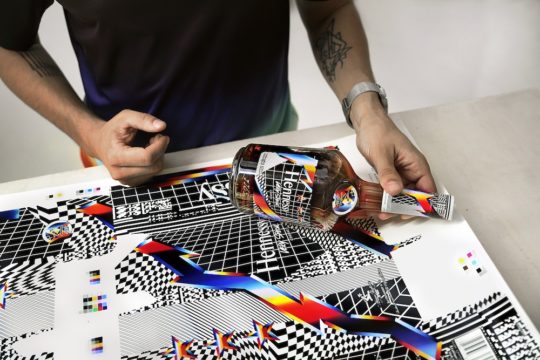 YRB: How many versions did you present before getting to the final version we have in front of us today? 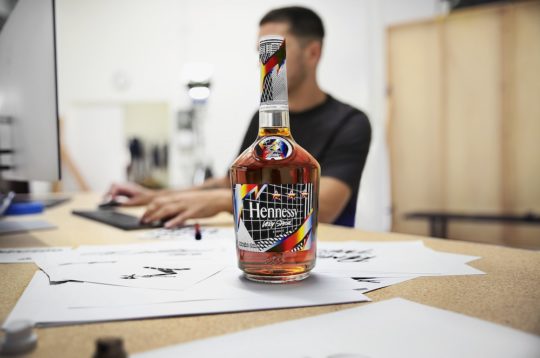 Felipe Pantone: I’m not sure. It’s not like I presented formal versions. We would tweak on the computer and just kept going. It was a real collaboration.

YRB: What was the time frame from the beginning to the bottle that is here today?

Felipe Pantone: That’s a good question. A long time, nearly a year. There was a lot involved for the final result as you can see I extended the world colors.

YRB: Were you working with just spray paint or other medium?

Felipe Pantone: Most of the artwork is spray paint. There is one in piece that UV paint.

I created an original piece that was painted entirely with spray paint. That was the beginning of all this. With that painting in mind I translated it into the design on the bottle. 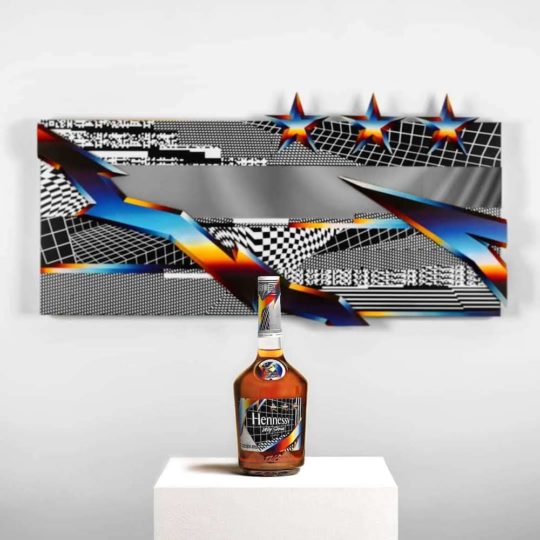 Felipe Pantone: We’re going to Nigeria for the first time which is exciting for me. From there Moscow, Berlin then Ukraine then back in the U.S. in December.