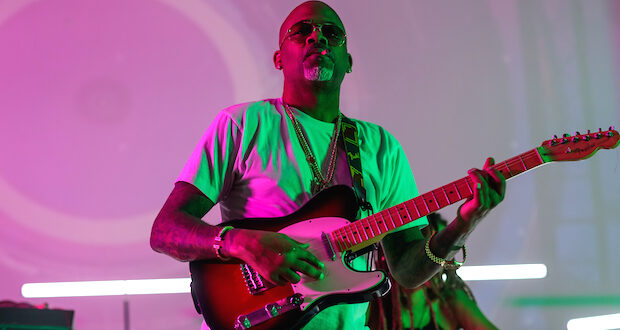 Posted by: Jonn Nubian in Features 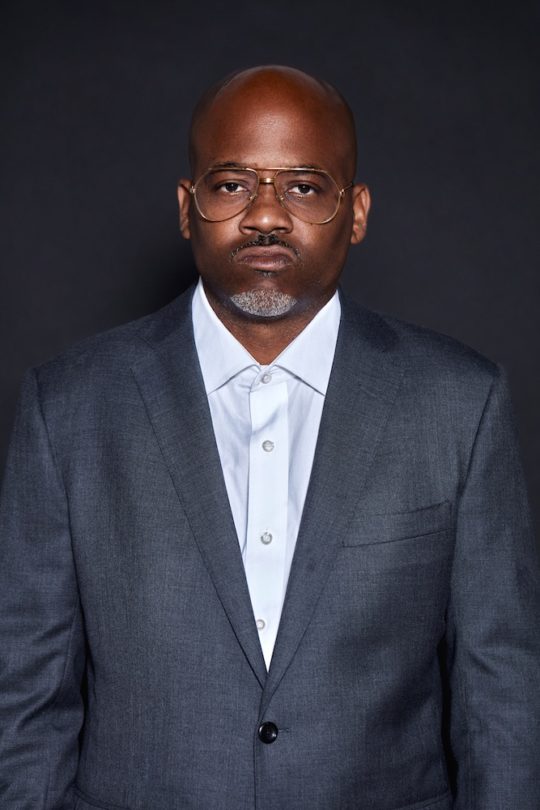 Jonn Nubian: Dame, How are you, sir? This is Jonn Nubian from YRB Magazine.

Jonn Nubian: I enjoyed many of the parties at DD172 back in the day!

Jonn Nubian: Let me start with the main question, Why are you launching your own network?

Dame Dash: Because I have a lot of work and I was sick of licensing it out.

I’m a Boss, so why wouldn’t I launch a network? It’s like doing a movie or television show. I’m Dame Dash, I’m Billy Pablo III. I gotta have a network!

Jonn Nubian: That leads me to my next question. Your publicist sent me an email with a bunch of links to review prior to this interview. One was a WeTransfer link that said “his album” with 2 songs, “Boss” and “Got Rich”.

Who is Billy Pablo III?

Dame Dash: Yep. I’m Dusko Poppington, I’m Dame Dash and most of all a version of me is Billy Pablo III, I’m a billionaire and I’m a connector. I’m the plug but I’m an artist like Pablo (Picasso). I’m the 3rd because I can step on something twice, three times and it comes back nice and flavorful!

Jonn Nubian: I love that.

Dame Dash: I’m on some rock and roll shit. I think everybody is faking, phony and scared. I’m always trying to tell artists how to do it and that never do it. I’m like fuck it, it’s just for fun.

See the good thing is, I can do it like it’s a fucking mid-life crisis, I don’t care. I’m just making music for my network but I can also have fun with it. 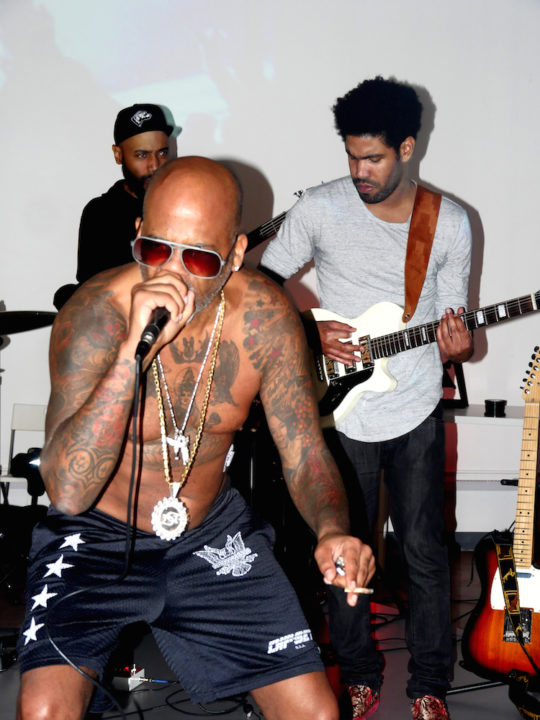 Jonn Nubian: What’s your overall goal? Is it an outlet to get out all of your ideas out or another play to take it somewhere else?

Dame Dash: You have to remember I have been making content for 30 years. I put Lee Daniels on, I put Kevin Hart on. I’ve done movies with Helen Mirren. I was kicking it Jessica Chastain when she did her play Salomé. I’m a professor at everything. I’m a professor in fashion, too. I’m also professor in music. That shit ain’t normal. I just make it look normal. Life doesn’t exist without Dame Dash. It was weird for me to have life without Michael Jackson. You’re just born into it. You think it’s normal to have him around, but he’s not a normal person. You feel me?

I directed the content. There’s premium programming on the network. I’m a director. I have been doing this shit since 2009. I have owned Rachel Roy for 10 years.

It’s an 100 Million dollar company and that gets swept under the rug.

Jonn Nubian: I see. Take me through the network. What am I getting as a subscriber?

Dame Dash: There’s “Health is Wealth”, which is a vegan cooking show. Another show, “We Went To” which is my Anthony Bourdain kind of series where I’m running around the world: Jamaica, Thailand and China. 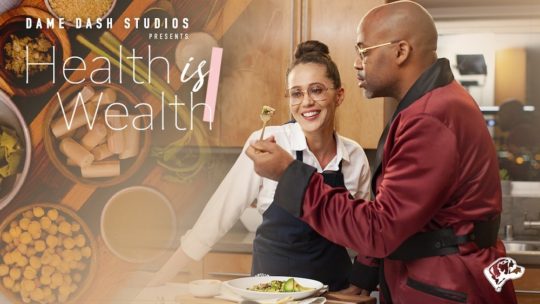 There’s comedy, Torrei Hart has a show. There’s so much. There’s a music show with Talib Kweli, There is so much!

Jonn Nubian: Are there more series versus movies? Or a combination of both? 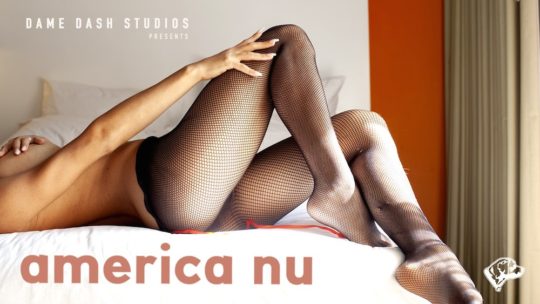 Jonn Nubian: Let’s talk about the infrastructure. Vimeo is providing the backend for the videos. Can you explain that relationship?

Dame Dash: When I was building it before, it costs too much money and technology changes daily. It made more sense to outsource it. People don’t understand that the maintenance of an App sucks. I’d rather go through Vimeo. They do a lot of people.

Jonn Nubian: Is the network Ad supported in addition to the subscription?

Dame Dash: It’s subscription, man. $7.99 a month, the first week is free. The second wave of this is the “watch and shop”. While you’re watching something, you can buy it. So maybe commercials on that. Then when I do cable television, which I think is a dinosaur, but I will do it anyway for perception. That will be Ad driven.

Dame Dash: I’m not sure. It makes more sense to build the foundation with the streaming and direct to consumer. At the end of the day, that’s where you want your distribution because you get full margin. I want to enjoy that full margin for second.

I’m not trying to pay to be there, I don’t think I should. I’m Dame Dash.

Jonn Nubian: You’re funding this whole thing out of pocket. Was there other opportunities that were presented to you?

Dame Dash: It’s my dream. If I go to someone to fund my dream, it’s their dream. Then they are going to want there money back and start telling me what to do. It’s not how I move. I like to control the environment. I can do whatever the fuck I want to do, say whatever the fuck I want to say. I like to control everything around me. The only way I can do that is having the ability to fire people. So if I can’t fire people then I don’t want do it. If you are in my space and I don’t like you, you have to go. I don’t want to argue about it.

Jonn Nubian: A billion what? A billion users or a billion dollars?

Dame Dash: What you think bro? Stop playing with me.

Dame Dash: You can’t play with a boss like that.

Jonn Nubian: What do you want your subscribers to get out of watching DDS after the 7 day trial?

Jonn Nubian: What other channels are you using to promote Dame Dash Studios?

Dame Dash: Listen man, my work is good. I never had to advertise drugs when I was on the street. Never did billboards with the music. If you want it, you can come get it. I’m not worried about it. I’m not willing to pay to be on someone’s platform, to do advertising and shit like that. The way this world is run is ridiculous.

Everyone’s a slave. I’m not. No one is a free thinker. I’m going to do the exact opposite. Unless I’m first, I’m not doing it. I know I was first with the streaming service. I didn’t license like everyone else does.

Jonn Nubian: You’re right. That was going to be my next question. You’re charging $7.99, Hulu is charging $5.99, with Ads and licensed content. You offer original content. I get you.

Dame Dash: I can charge $100 and if my customer wants it and if they got it, they’ll get it.

I’ll have less customers but a better margin. You feel me?

Jonn Nubian: I feel you. Congratulations on this.

It’s something that no one has done or doing at this level.

Dame Dash: Did you order it?

Jonn Nubian: No, I haven’t yet.

Dame Dash: Come on, order it right now bro. I did the interview right now.

Dame Dash: I will know, I will see the emails.

Editor’s Note: The transcript of the interview has been edited for clarity. The full audio interview will be part of a future episode of YRB’s new podcast, The Life and Style Report.