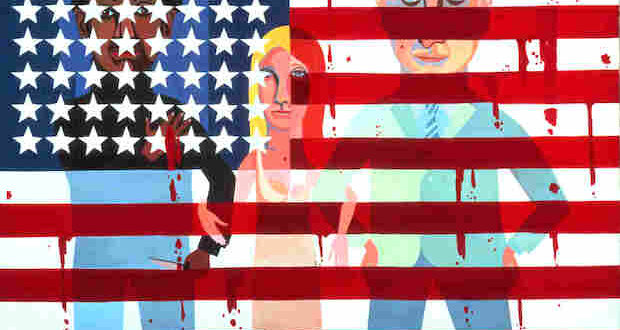 From February 17 to June 5, 2022, the New Museum presents the first full retrospective in New York of the art of Faith Ringgold (b. 1930, New York, NY). Bringing together over fifty years of work,

“Faith Ringgold: American People”provides the most comprehensive assessment to date of Ringgold’s impactful vision. Her role as an artist, author, educator, and organizer has made her a key figure whose work links the multi-disciplinary achievements of the Harlem Renaissance to the political art of young Black artists working today.

During the 1960s, Ringgold created some of the most indelible art of the civil rights era by melding her own unique style of figurative painting with a bold, transformative approach to the language of protest. In subsequent decades, she challenged accepted hierarchies of art and craft through her experimental quilt paintings and undertook a deeply studied re imagining of art history to produce narratives that bear witness to the complexity of the American experience.

This exhibition features works from across Ringgold’s best-known series, tracking the development of her figurative style and thematic vision as they evolved and expanded to meet the urgency of the political and social changes taking place in America during her lifetime. 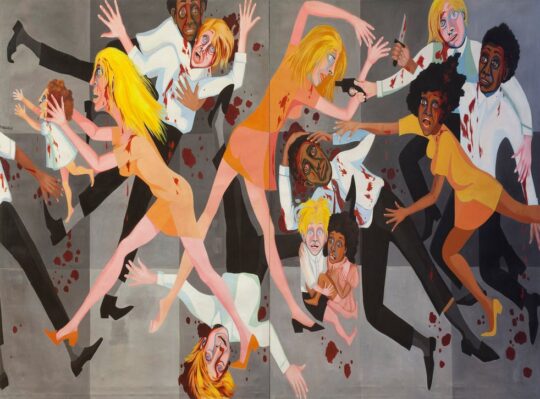 The first section of the exhibition provides an extensive look at Ringgold’s early paintings, including the American People and Black Light series. Using what the artist described as a “super-realist” visual language, Ringgold captured the racial and gender divisions in 1960s American society with searing insight. Her three large-scale “murals”—including the celebrated American People Series #20: Die (1967), recently juxtaposed with Pablo Picasso’s Les Demoiselles d’Avignonat The Museum of Modern Art and American People Series #18: The Flag is Bleeding, which was recently acquired by the National Gallery of Art—are being shown together for the first time in New York since 1984. 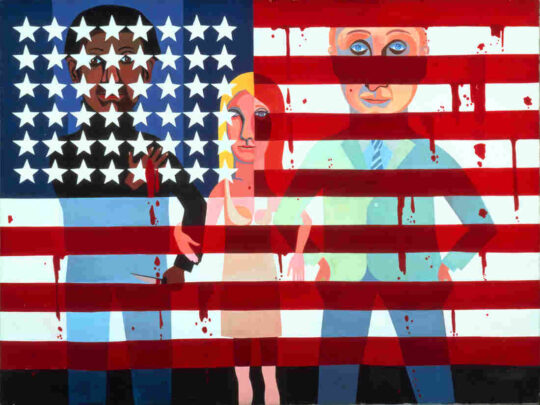 In 1963, Faith Ringgold began a series of 20 paintings called “The American People.” She she wanted to create images that would make people really look. 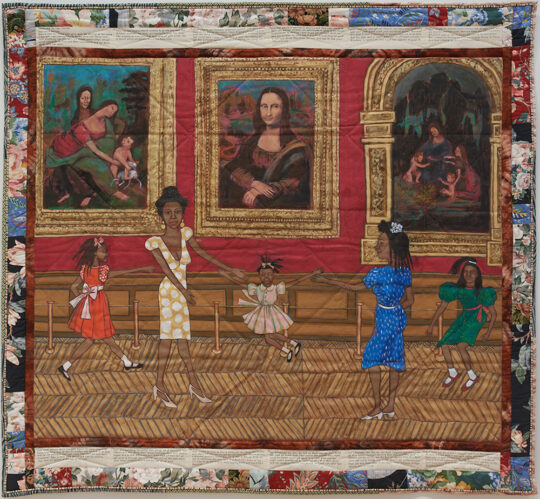 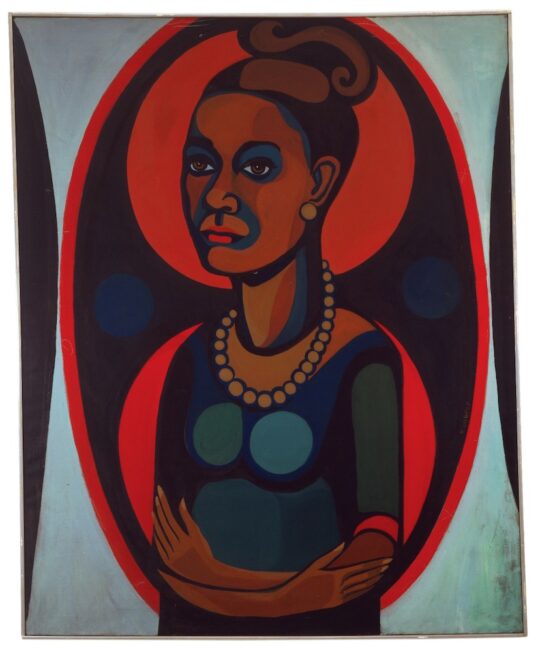 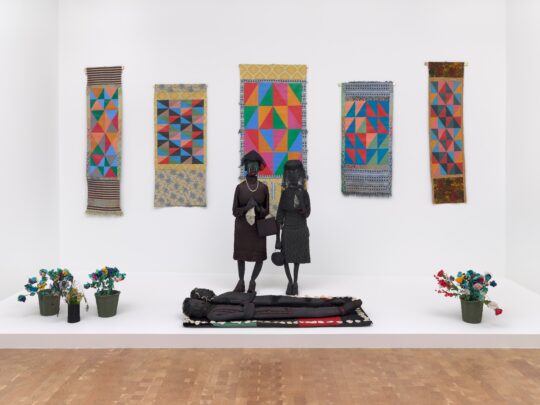 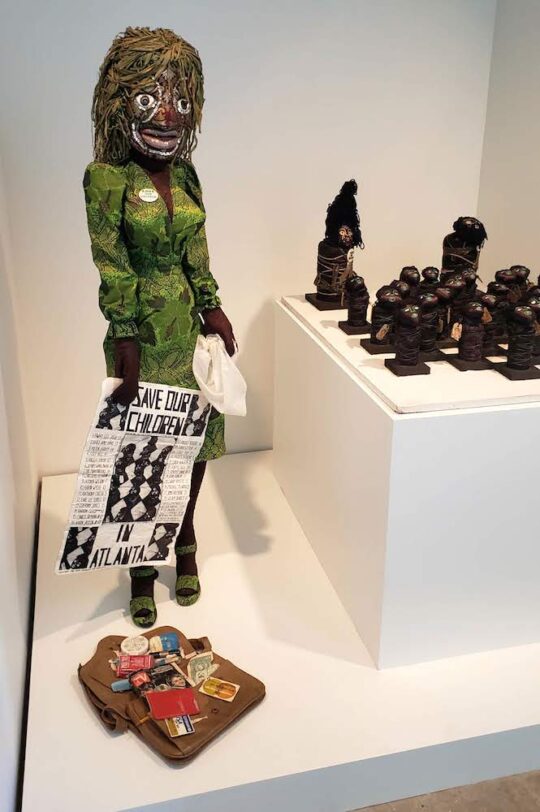 They are presented alongside her iconic political posters, which advocated for collective causes like support for the Black Panther Party and freeing activist Angela Davis, and photographs and ephemera related to Ringgold’s extensive activist pursuits. 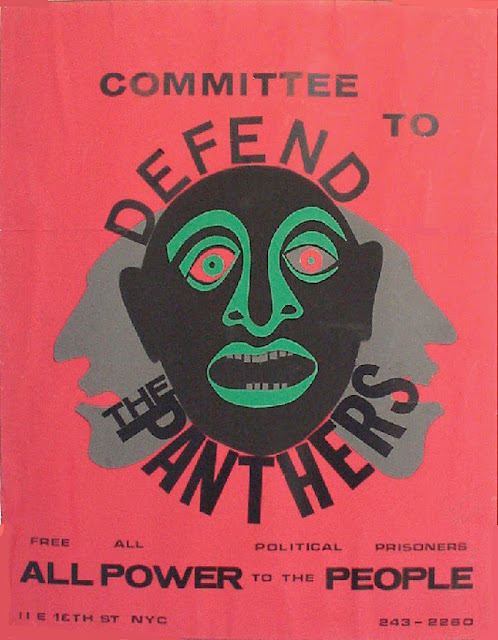 Ringgold’s 1971 mural painting, For the Women’s House, created for the women’s prison at Rikers Island will also be on view. 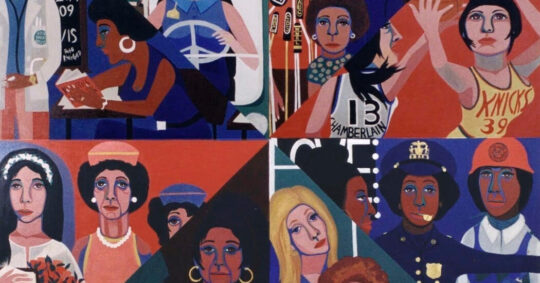 The exhibition also examines Ringgold’s embrace of non-Western and American craft traditions, including her performance objects and soft sculptures. A large selection of her early unstretched canvases adorned with sewn fabric borders, inspired by Tibetan thangkas, is also being displayed.

These works demonstrate Ringgold’s attempts to transcend a predominately white art historical tradition to find forms more suitable for the radical exploration of gender and racial identity that her work would go on to enact. Although lesser known within Ringgold’s oeuvre, these canvases led directly to the creation of her celebrated story quilt paintings of the 1980s and 1990s.

Ringgold’s story quilts are some of the most influential artworks of the past fifty years. 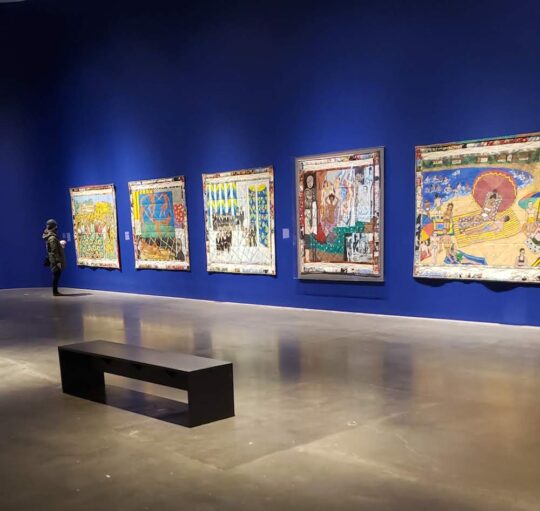 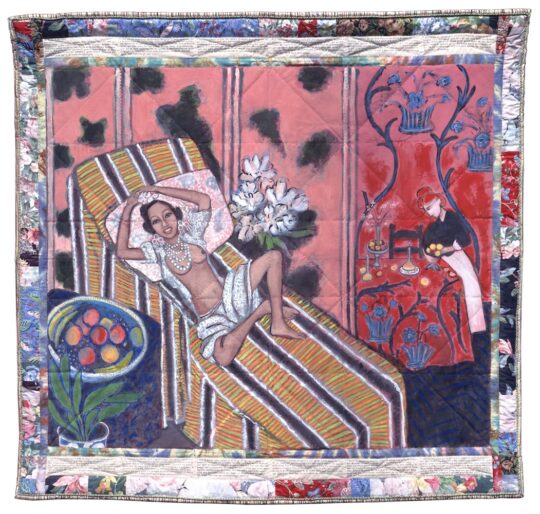 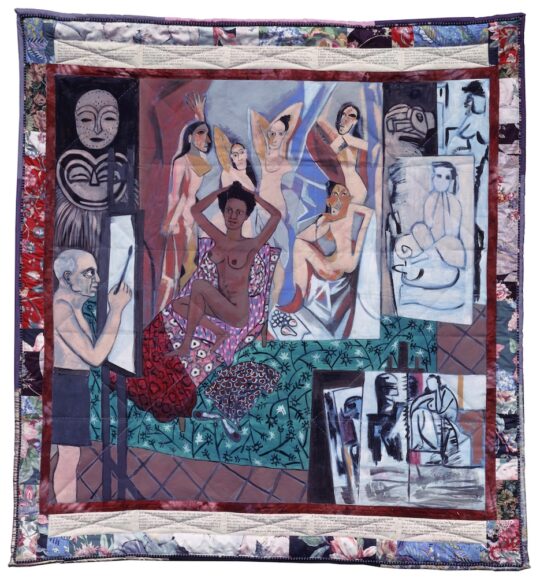 Drawing on both personal autobiography and collective histories, the story quilts point to larger social conditions and cultural transformations—from the Harlem Renaissance to the realities of Ringgold’s life as a working mother, artist, and activist. This retrospective includes a wide range of Ringgold’s quilts, including formative pieces created with her mother, important early series like The Bitter Nest and Change, selections from other notable bodies of work including The American Collection and Coming to Jones Road, and, in a landmark display, the first complete presentation of her series, The French Collection,in nearly twenty-five years. Together, these story quilts position the artist’s own personal and professional biography in dialogue with key moments in art history and in the expansive narrative of the American experience across the twentieth century, re imagining both the birth of this country and the myths of modernity as polyphonic narratives of emancipation and resistance.

This exhibition continues Ringgold’s long history with the New Museum. She has participated in the notable exhibitions “The Decade Show” (1990) and “A Labor of Love” (1996); and in 1998 was the subject of the celebrated solo exhibition titled “Dancing at the Louvre: Faith Ringgold’s French Collection and Other Story Quilts.”The exhibition catalogue, co-published with Phaidon, isthe most significant collection of scholarship on Ringgold’s work to date, with contributions by curators, writers, and artists across generations, including Amiri Baraka, Diedrick Brackens, LeRonn Brooks, Julia Bryan-Wilson, Jordan Casteel, Bridget Cooks, Massimiliano Gioni, Mark Godfrey, Lucy Lippard, Tschabalala Self, Michele Wallace, and Zoé Whitley.

This fully illustrated publication focuses on all aspects of Ringgold’s career—the range of contributors speaks to the wide variety of audiences her work has reached over the past fifty years. Long overdue, this retrospective provides a timely opportunity to appreciate a critical voice in the history of American art.

Previous: How to Take Your Business to the Next Level
Next: YRB Spring 2022: The Wellness Issue