The new location at 400 East 62nd Street will bring CMX’s signature VIP movie-going experience to the heart of the Upper East Side, complete with world-class, in-theater dining and luxurious reclining love seats, all within a distinctively intimate setting. 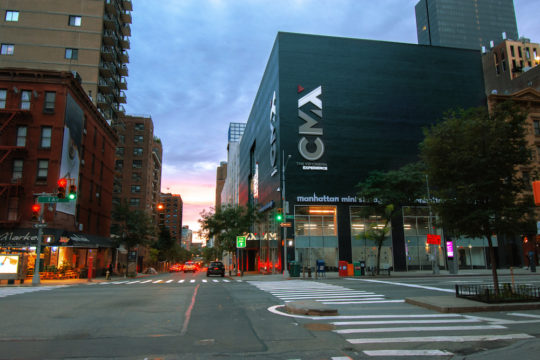 CMX renovated the existing six-story theater to complement the neighborhood and provide the community with a unique and intimate theater experience they can enjoy with their family and friends. Maintaining the integrity of the building’s original structure, the newly enhanced theater reflects a modern and minimalist design, featuring rich textures and bold fixtures that embody the spirit and passion of New York.

“It is with great pleasure that we open our first theater in New York City, a location that is poised to become a literal icon and flagship for CMX Cinemas with its city-inspired sophistication,”

“New York’s newest one-stop-destination for entertainment, CMX CinéBistro’s intimate environment affords moviegoers the exclusive feeling of being in their very own screening room, complete with the luxurious comforts of top-notch service and superior cuisine and cocktails.” 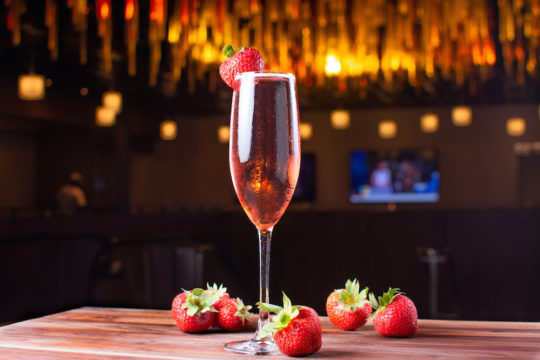 Featuring a vertical layout with 45,500 sq. feet of theater space, each level contains two auditoriums and immersive bars in the common areas. 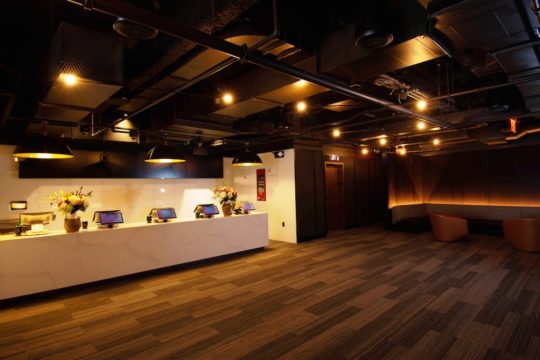 Ranging in size from 46 to 64 seats, CMX CinéBistro’s six auditoriums feature the latest in projection technology, including a Dolby 7.1 sound system, and lush oversized reclining love seats with leather accents and foot rests, complete with a swivel table. 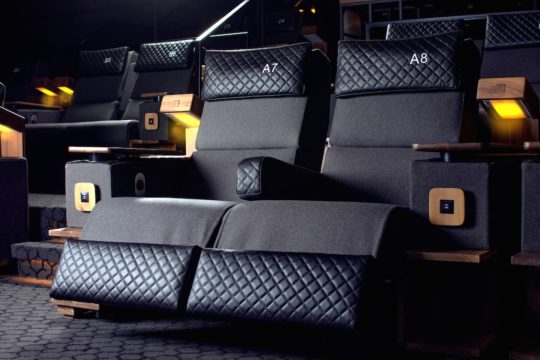 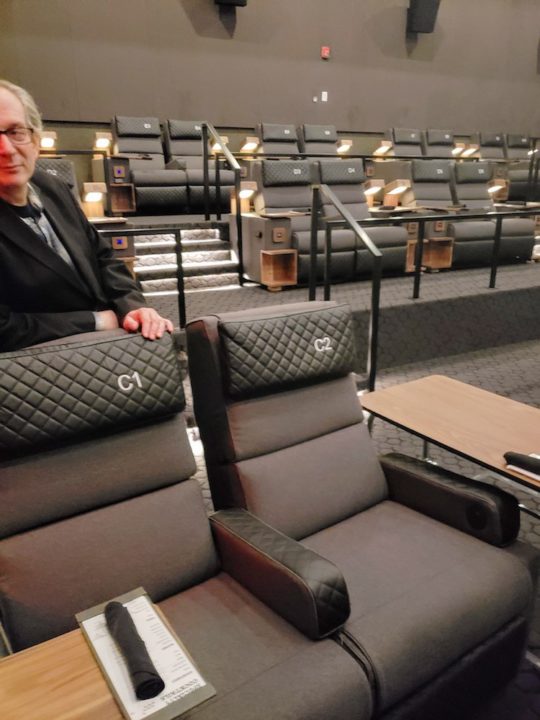 “This building has been an integral part of the neighborhood for many years, and we are proud to have the opportunity to renovate it to its former glory, so that the community can come and enjoy the magic of the cinema,” said Frank Stryjewski, COO of CMX Cinemas. 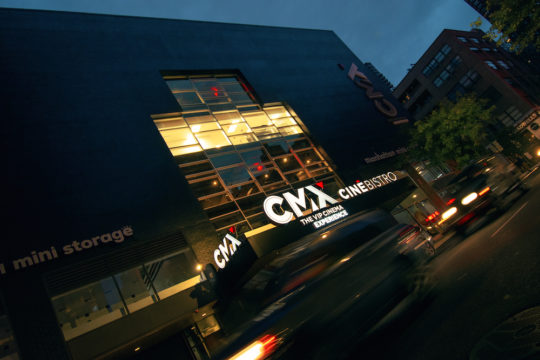 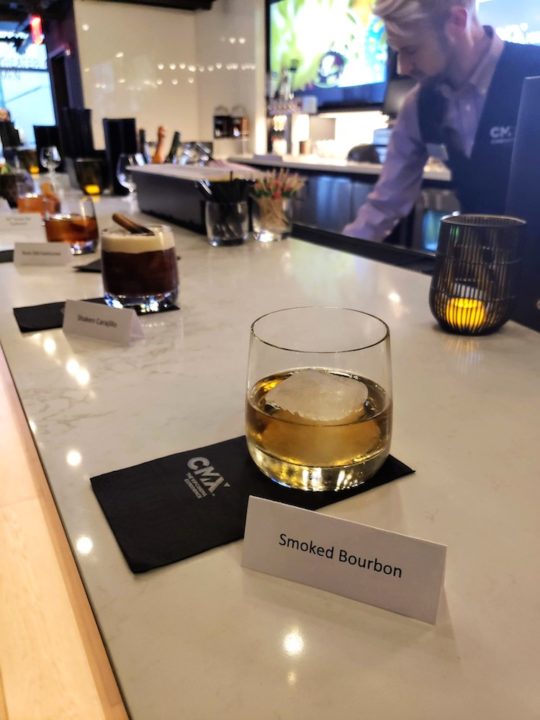 The CMX CinéBistro concept, which encompasses the constant evolution of food and drink menus and provides best-in-industry, personalized service, has been developed and applied to this location under the leadership of Fred Meyers, VP of Operations. 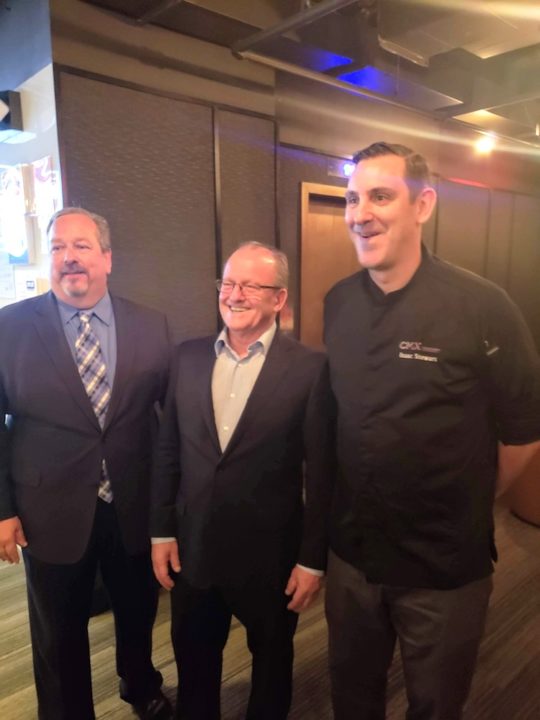 The theater’s chef-driven menu was designed by Isaac Stewart, CMX Cinemas’ Vice President of Culinary, who oversees menu development and culinary operations for all CMX locations.

A culinary exploration of New York City, the menu puts an artistic, innovative spin on some of the city’s most celebrated cultural cuisines and cooking styles. Highlights of the ingredients-driven menu include Lobster Cannoli, Moroccan Lamb Lollies, BBQ Spiced CAB Cowboy Ribeye, and Strawberry-Mezcal Tres Leches. 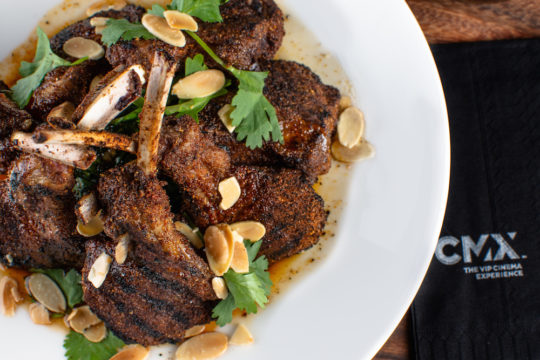 Chef-inspired menu items and handcrafted specialty cocktails are also available in the theater’s well-appointed chic bar and lounge area located on the basement and third-level floors, providing an ideal spot for guests to gather and unwind or host their next private social event. 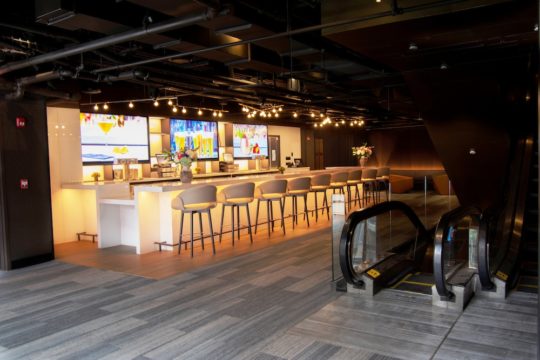 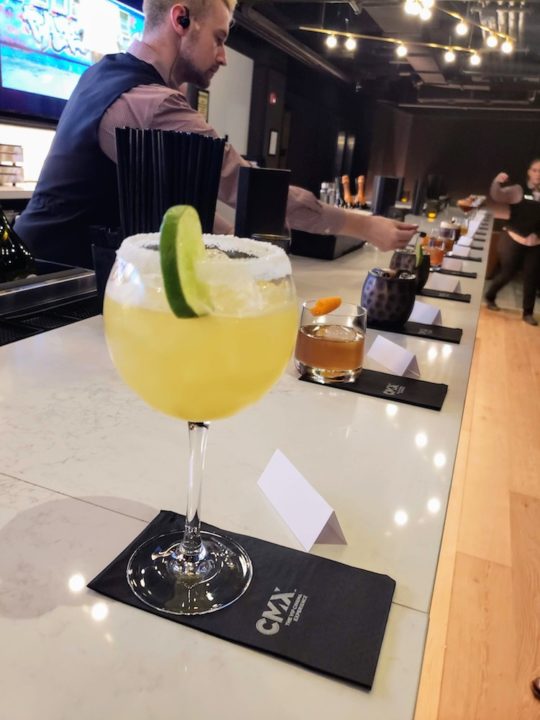 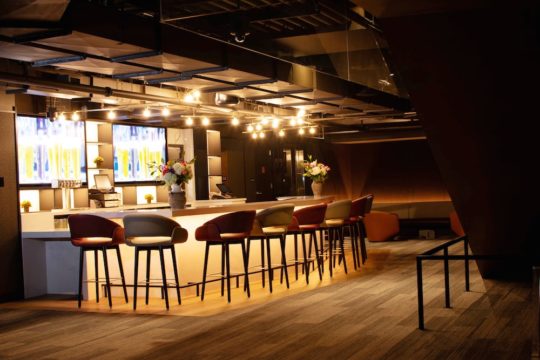 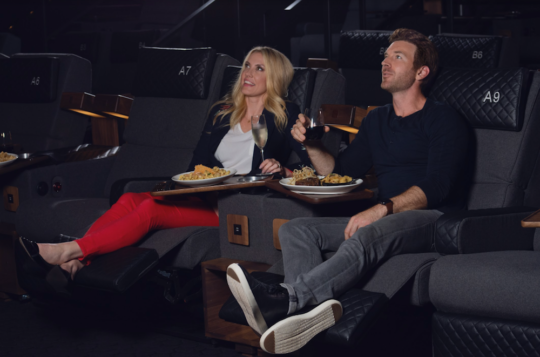 Since opening its first U.S. headquarters in Miami in April 2017, CMX Cinemas has grown exponentially, opening new theaters across the country as well as acquiring other movie theater chains. The most successful being the recent acquisition of Cobb Theaters and CinéBistro, whose shared vision to provide a top-quality guest experience and renowned expertise in the dine-in concept and motion picture exhibition industry complemented CMX’s position in the U.S. These acquisitions have made CMX one of the largest movie theater chains in the country with 37 locations, 388 screens and 2,450 employees.

The announcement of CMX’s first New York City location marks the perpetuation of the luxury cinema company’s robust expansion plans that include confirmed sites in New Jersey, Illinois, Florida, and Georgia. CMX is a wholly owned subsidiary of Cinemex, the eighth largest cinema chain in the world, with 332 sites, 2,861 screens and more than 13,000 employees.

CMX Cinemas, a wholly owned subsidiary of Cinemex, opened its doors in April 2017 at Brickell City Centre, Miami, FL, offering new features to give guests an innovative and VIP movie-going experience. CMX provides state-of-the art technology that can be enjoyed through different types of experiences: CMX CinéBistro, the luxury dine-in and in-seat service; CMX Market, the gourmet grab and go movie experience and CMX Premium, the upgraded traditional theater with classic concessions.  It also features the trendy and exclusive CMX Stone Sports Bar at selected theaters, making CMX the one-stop-destination for entertainment. CMX, with the opening of the New York theater, will have 37 sites, 388 screens and 2,450 employees, in venues located in Florida, Illinois, Minnesota, Georgia, Alabama, North Carolina, Ohio, Virginia, Maryland and Colorado. New openings are scheduled in New Jersey, Illinois, Florida and Georgia during 2019.

Cinemex is one of the top ten cinema chains worldwide, with 332 sites and 2,861 screens and 13,000 employees. Founded in 1995 with the intent to revolutionize the movie entertainment industry, Cinemex began installing multiplexes and stadium-style seating with the primary focus of attending every guest’s needs. Today Cinemex continues to offer innovating concepts in cinema-going, including Platino Cinemex and Cinemex Premium, state-of-the-art theaters equipped with luxury seating and first-class dining, Cinemex 3D, and the 4D experience. At Cinemex, being the best in entertaining our guests is our main goal.