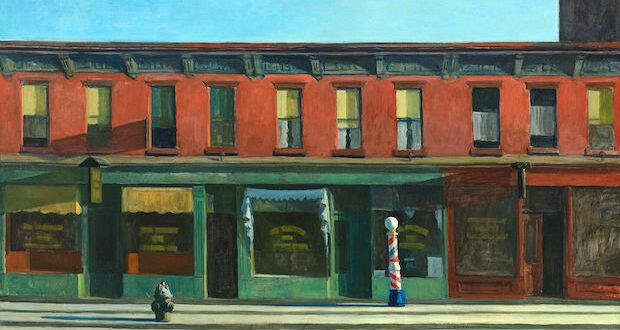 Edward Hopper’s New York, on view at the Whitney Museum of American Art from October 19, 2022, through March 5, 2023, offers an unprecedented examination of Hopper’s life and work in the city that he called home for nearly six decades (1908–67). 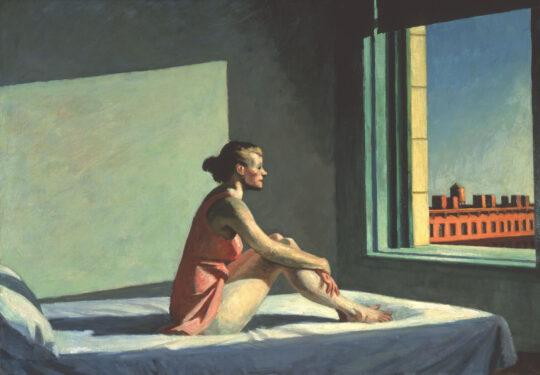 The exhibition charts the artist’s enduring fascination with the city through more than 200 paintings, watercolors, prints, and drawings from the Whitney’s preeminent collection of Hopper’s work, loans from public and private collections, and archival materials including printed ephemera, correspondence, photographs, and notebooks. From early sketches to paintings from late in his career, Edward Hopper’s New York reveals a vision of the metropolis that is as much a manifestation of Hopper himself as it is a record of a changing city, whose perpetual and sometimes tense reinvention feels particularly relevant today.

Instantly recognizable paintings featured in the exhibition, such as Automat (1927), Early Sunday Morning (1930), Room in New York (1932), New York Movie (1939), and Morning Sun (1952), are joined by lesser-known yet critically important compositions including a series of watercolors of New York rooftops and bridges and the painting City Roofs (1932). 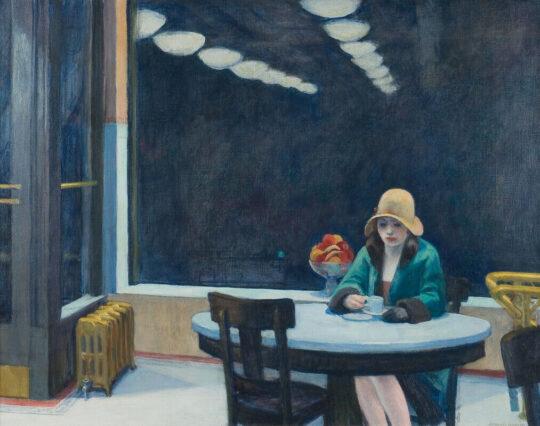 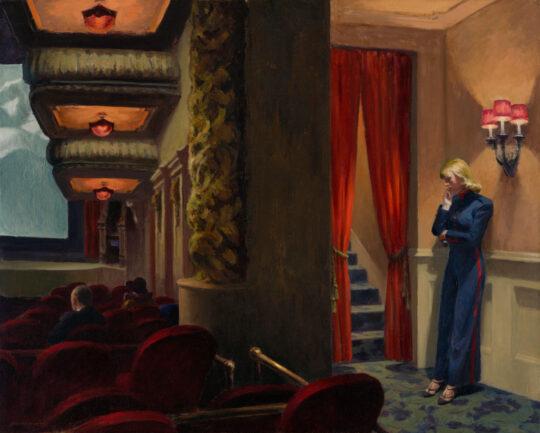 “Edward Hopper’s New York offers a remarkable opportunity to celebrate an ever-changing yet timeless city through the work of an American icon,” says Adam D. Weinberg, the Alice Pratt Brown Director of the Whitney Museum. “As New York bounces back after two challenging years of global pandemic, this exhibition reconsiders the life and work of Edward Hopper, serves as a barometer of our times, and introduces a new generation of audiences to Hopper’s work by a new generation of scholars. This exhibition offers fresh perspectives and radical new insights.”

Born in the Hudson River town of Nyack, New York, in 1882, Hopper first visited Manhattan on family day trips. After completing high school, he commuted to the city by ferry to attend the New York School of Illustration and the New York School of Art. In 1908 he moved to the city, and he spent the majority of his life, from 1913 until his death in 1967, living and working in a top-floor apartment at 3 Washington Square North in Greenwich Village. He was joined there by his wife, the artist Josephine (Jo) Verstille Nivison, following their marriage in 1924. Jo played a crucial supportive and collaborative role in Hopper’s practice, serving as his longstanding model and chief record-keeper. A selection of Jo’s watercolors, capturing their Washington Square home, are included in Edward Hopper’s New York. 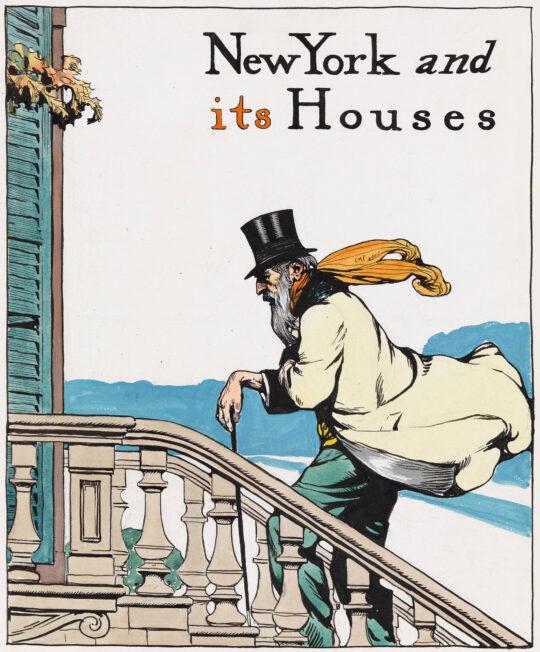 “Hopper lived most of his life right here, only blocks from where the Whitney stands today,” says Conaty.

“He experienced the same streets and witnessed the incessant cycles of demolition and construction that continue today, as New York reinvents itself again and again. Yet, as few others have done so poignantly, Hopper captured a city that was both changing and changeless, a particular place in time and one distinctly shaped by his imagination. Seeing his work through this lens opens new pathways for exploring even Hopper’s most iconic works.”

Over the course of his career, Hopper observed the city assiduously, honing his understanding of its built environment and the particularities of the modern urban experience. During this time, New York underwent tremendous development—skyscrapers reached record-breaking heights, construction sites roared across the five boroughs, and the increasingly diverse population boomed—yet Hopper’s depictions remained human-scale and largely unpopulated. Deliberately avoiding the famous skyline and picturesque landmarks such as the Brooklyn Bridge and the Empire State Building, Hopper instead turned his attention to unsung utilitarian structures and out-of-the-way corners, drawn to the collisions of new and old, civic and residential, public and private that captured the paradoxes of the changing city.

Organized in thematic chapters spanning Hopper’s entire career, the installation comprises eight sections including four expansive gallery spaces showcasing many of Hopper’s most celebrated paintings and four pavilions that focus on key topics through dynamic groupings of paintings, works on paper, and archival materials, many of which have rarely been exhibited to the public.

Edward Hopper’s New York begins with early sketches and paintings from the artist’s first years traveling into and around the city, from 1899 to 1915, as he grew from a commuting art student to a Greenwich Village resident. In Moving Train (c. 1900), Tugboat with Black Smokestack (1908), and El Station (1908) he observed the ways people occupied and moved through space within a dramatically developing urban environment. 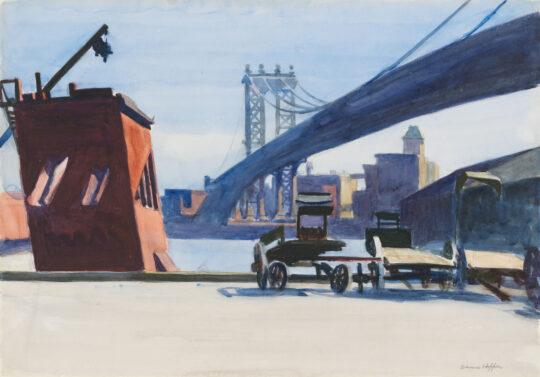 Although Hopper aspired to recognition as a painter, his first successes came in print through his illustrations and etchings, an important history featured in a section of the exhibition titled “The City in Print.” His artworks for illustrations and published commissions for magazines and advertisements often featured urban motifs inspired by New York—theaters, restaurants, offices, and city dwellers—that would become foundational to his art. During this early period, he also consolidated many of his impressions of New York through etchings like East Side Interior (1922) and The Open Window (c. 1918–19), which preview the dramatic use of light that has become synonymous with Hopper’s work.

“The Window,” the next section, focuses on this enduring motif for Hopper— one that he explored with great interest in his city scenes. 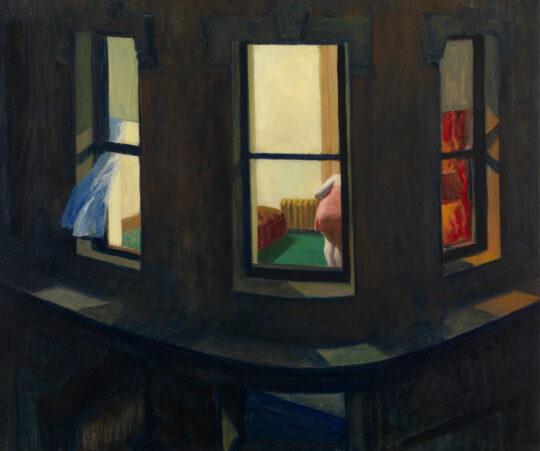 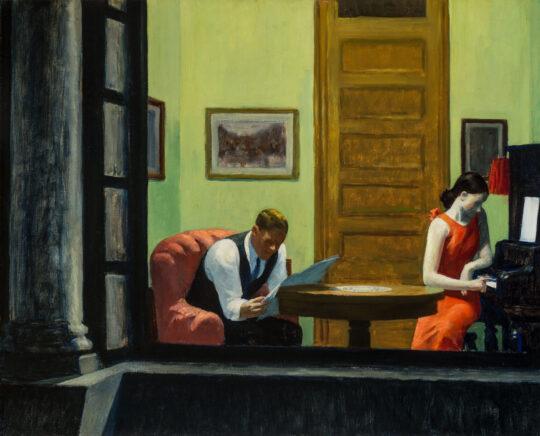 While strolling New York’s streets and riding its elevated trains, Hopper was particularly drawn to the fluid boundaries between public and private space in a city where all aspects of everyday life—from goods in a storefront display to unguarded moments in a café—are equally exposed. In paintings on view such as Automat (1927), Night Windows (1928), and Room in Brooklyn (1932), Hopper imagines the unlimited compositional and narrative possibilities of the city’s windowed facades, the potential for looking and being looked at, and the discomfiting awareness of being alone in a crowd. 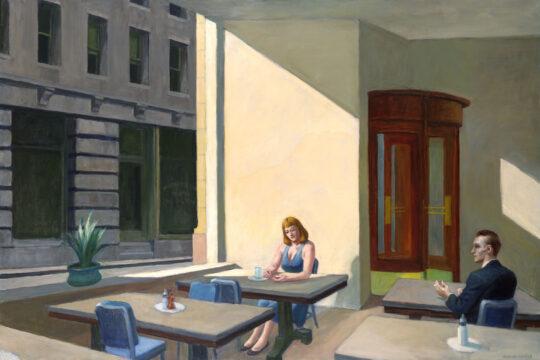 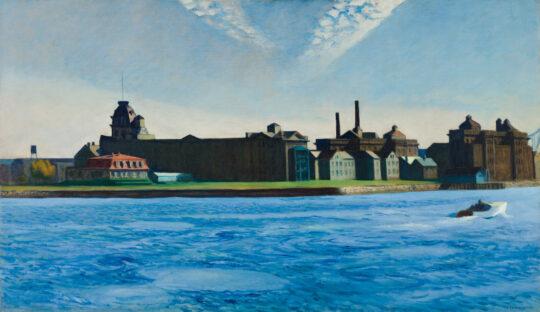 Seen together, they offer invaluable insight into Hopper’s contrarian vision of the growing city at a time when New York was increasingly defined by its relentless skyward development.

“Washington Square” highlights the importance of Hopper’s neighborhood as his home and muse for nearly 55 years. Paintings like City Roofs (1932) and November, Washington Square (1932/1959) show Hopper’s fascination with the city views visible from his windows and his rooftop, and a rare series of watercolors—a practice he generally reserved for his travels to New England and elsewhere—reveals how attuned he was to the spatial dynamics and subtleties of the city’s built environment. As documented in the exhibited correspondence and notebooks, the Hoppers were fierce advocates of Washington Square, and they argued tirelessly for the preservation of their neighborhood as a haven for artists and as one of the city’s cultural landmarks.

“Theater,” a particularly revealing gallery in the exhibition, explores Hopper’s passion for the stage and the critical role it played as an active mode of spectatorship and source of visual inspiration. 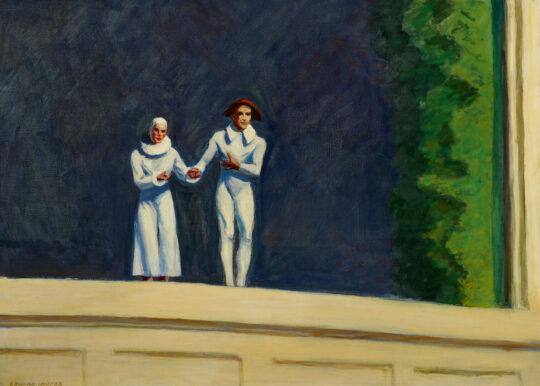 This section includes archival items like the Hoppers’ preserved ticket stubs and theatergoing notebooks and highlights the ways that theater spaces and set design influenced Hopper’s compositions through works like Two on the Aisle (1927) and The Sheridan Theatre (1937). 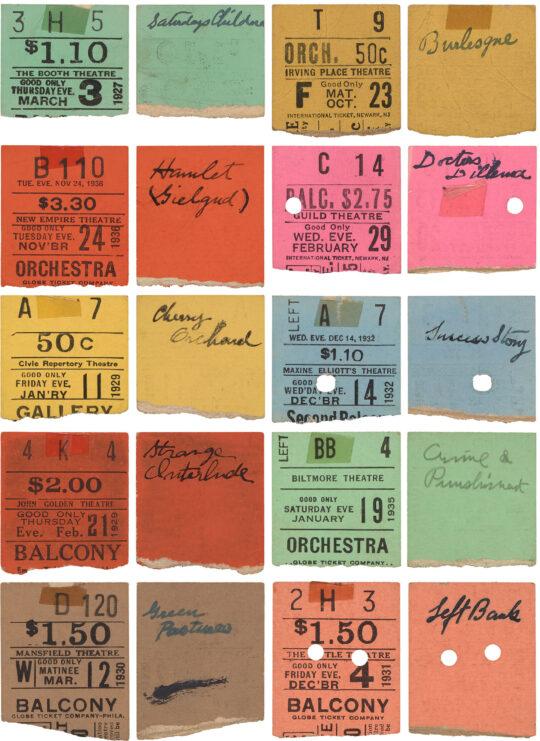 Additionally, the presentation of New York Movie (1939) and a group of its preparatory studies along with figural sketches for other paintings reveal the Hoppers’ collaborative scene staging, in which Jo played an active part as model.

Throughout his career, Hopper explored the city with sketchbook in hand, recording his observations through drawing, a practice highlighted in this section of the exhibition. A large selection of his sketches and preparatory studies on view in “Sketching New York” chart Hopper’s favored locations across the city, many of which the artist returned to again and again in order to capture different impressions that he could later explore on canvas. 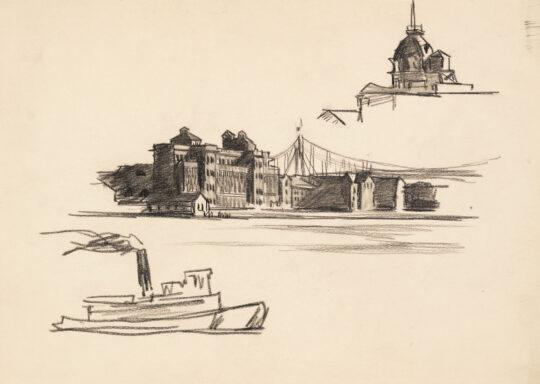 Finally, in “Reality and Fantasy,” a group of ambitious late paintings, characterized by radically simplified geometry and uncanny, dreamlike settings, reveal how New York increasingly served as a stage set or backdrop for Hopper’s evocative distillations of urban experience. In works such as Morning in a City (1944), Sunlight on Brownstones (1956), and Sunlight in a Cafeteria (1958), Hopper created compositions that depart from specific sites while still tapping into urban sensations, reflecting his desire, as noted in his personal journal “Notes on Painting”, to create a “realistic art from which fantasy can grow.”

The Whitney Museum of American Art, founded in 1930 by the artist and philanthropist Gertrude Vanderbilt Whitney (1875–1942), houses the foremost collection of American art from the twentieth and twenty-first centuries. Mrs. Whitney, an early and ardent supporter of modern American art, nurtured groundbreaking artists when audiences were still largely preoccupied with the Old Masters. From her vision arose the Whitney Museum of American Art, which has been championing the most innovative art of the United States for ninety years. The core of the Whitney’s mission is to collect, preserve, interpret, and exhibit American art of our time and serve a wide variety of audiences in celebration of the complexity and diversity of art and culture in the United States. Through this mission and a steadfast commitment to artists, the Whitney has long been a powerful force in support of modern and contemporary art and continues to help define what is innovative and influential in American art today.