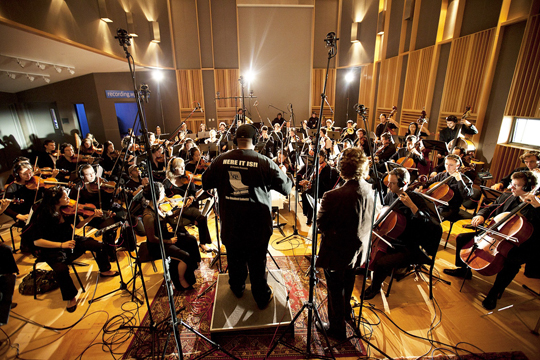 Posted by: joanna behar in Magazine

ON THE BLURRING LINES OF GENRE IN 2012 “I remember when I was growing up, I specifically listened to metal and isolated myself with my metal friends and drew lines. Tears for Fears wasn’t as cool as Judas Priest. My eyes and ears opened up when friends said to listen to Depeche Mode, and that album opened up the floodgates as far as electronic music. There are no more genre wars. There are very few people who isolate themselves in these groups, I mean, there are some that stick with one style. Someone like Skrillex, you can hear the hip-hop, you can hear the metal, the pop – it’s all there. And now people can kind of throw genre out the window and just listen to music.”

ON WORKING WITH MOTOWN ARTIST MARTHA REEVES OF MARTHA AND THE VANDELLAS “It was really satisfying having Martha show us around and reconnect with a city that is on the verge of having a renaissance. Martha is a force to be reckoned with; she’s like a walking encyclopedia of that era. When we were trying to move forward on the lyrics, I was trying to bring a lyric to Martha – like this building she had sung at was being taken down – in an effort to bring that out into the song. I said something about ‘smashing and bashing.’ It came to me on the spot. She immediately turned her back and said, ‘I ain’t smashing and bashing anything,’ and had this uncomfortable, talk-to-the-hand moment.” 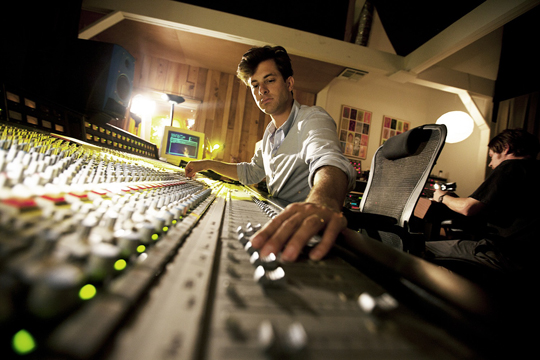 ON HIS FIRST TIME CONDUCTING AN ORCHESTRA “I was nervous, but in a good way, because of the fact that I’m not used to stepping outside of my boundaries. I play instruments, I play bass, drums and keys and I’m not great at them, but I can get by and make myself get what I need out of it. When I do gigs, I am one of the most animated, outlandish people on stage ‘cause that’s my world. But with the baton I learned the different patterns based on a 3/4 count. I’m a person who is definitely into challenges, but I was nervous because cameras were rolling and I didn’t want to look bad when it came to the final outcome.”

ON HIS PRODUCTION PROCESS “I sampled Vivaldi, Mozart, Bach, Beethoven and Brahms. [Berklee] gave me a library of clearances I could use and I just listened and searched for things that made it sound like I was conducting an orchestra from beginning to end. I put my own hip-hop style drums on it, sent it to the orchestra, they added extra strings and drumrolls and I remixed it. Nas filled in the extra blank that we needed. We said, ‘Give me a quick 16’ and the crew asked if they could film him and he said, ‘Yeah, just don’t talk to me,’ and he started writing.”

ON HIP-HOP’S EVOLVING CULTURE AND SOUND
“This is what I do for a living and I’m proof that at 45, you do what you’re good at and take care of a market that took care of you and supported you from the start. Jay-Z’s a good example of that ‘cause he’s 42 and he dominates arenas, he and Eminem sell out arenas. These guys are older than Lil Wayne but age isn’t the issue. It’s about the integrity of your music and the way you can move to another chapter in your career and put out a new album. Me and Jay love it; it’s like a sport. Jerry Rice took a while to retire but he was still the problem on the field.” 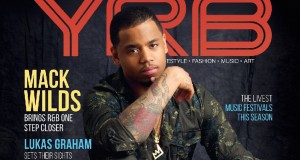 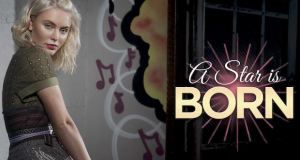