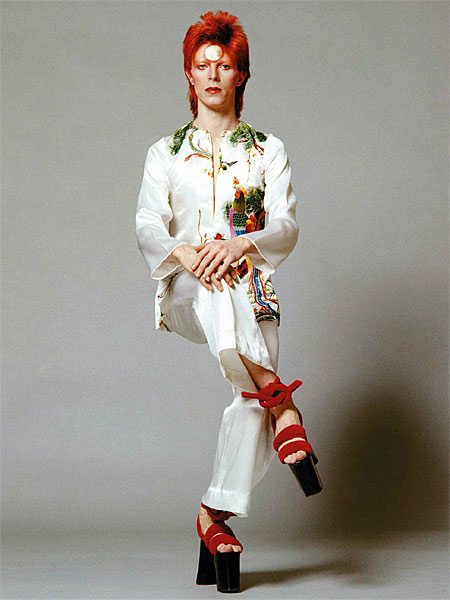 In conjunction with the ongoing Bowie 75 – an extended celebration of David Bowie’s 75th birthday on January 8th, 2022 featuring two physical pop up locations in NYC and London equipped with 360 Reality Audio listening experiences at each location – longtime Bowie producer Tony Visconti crafted 360 Reality Audio mixes of Heathen, Reality, A Reality Tour (Live), The Next Day, and  ★ (pronounced “Blackstar”). The albums will be available for streaming in 360 Reality Audio beginning January 21st on Amazon Music Unlimited, Deezer, and TIDAL.

Additionally, the David Bowie Estate and Sony are making available four archival live performance recordings that have been mixed and reimagined in 360 Reality Audio (which makes it possible to create a lifelike music experience, giving listeners the feeling that they are in a live concert setting).

Viewers will be able to stream this performance with the Artist Connection app on a smartphone. With Sony-certified headphones and the Sony | Headphones Connect app, users can also optimize their experience by analyzing their individual ear shape to enjoy a custom immersive musical field. This sound field personalization feature is only available for streaming with the Artist Connection experience.

“The fan response to Bowie 75 has been nothing short of amazing,” said Lawrence Peryer, Producer of Bowie 75. “David was always on the cutting edge of the latest developments in technology, so it was a natural fit to collaborate with Sony’s 360 Reality Audio team to bring fans a whole new way to experience his music. The reimagining of David’s music, which can be experienced at the pop-ups or via streaming, has given his lifelong fans and new listeners alike a reason to celebrate.”

“It’s been an honor partnering with the David Bowie Estate to help deliver special new fan experiences as part of Bowie 75,”

The Bowie 75 pop-up locations will remain open through late January 2022. 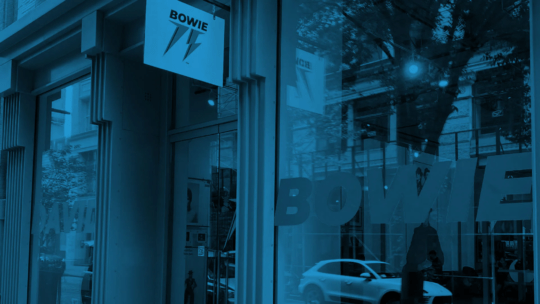 — and 14 Heddon Street — the London location where the cover of The Rise and Fall of Ziggy Stardust and the Spiders from Mars was shot. 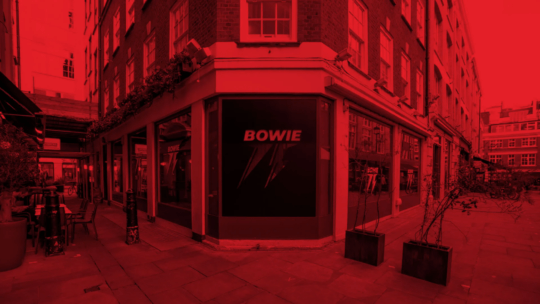 The pop-ups offer visitors a unique and immersive career-spanning deep dive into the sound and vision of David Bowie, with features including:

David Bowie redefined musical genres and the potential of live performance for generations of music lovers. Creating and discarding a variety of personae and restlessly challenging musical boundaries, Bowie released timeless albums including The Man Who Sold The World, Space Oddity, Hunky Dory, The Rise and Fall of Ziggy Stardust…, Aladdin Sane, Diamond Dogs, Young Americans, Station to Station, Low, “Heroes,”  Lodger, Scary Monsters…, Let’s Dance, Heathen, The Next Day and many more. ★ (pronounced “Blackstar”), Bowie’s 28th and final studio album was released on his 69th birthday—January 8, 2016—and charted at #1 in more than 20 countries (including his first #1 in the U.S.), later winning five Grammy Awards. David Bowie died on January 10, 2016, two days after the release of ★.  His body of work, his influence on the worlds of music, art, fashion, film, theater, and beyond, and his legacy of fearless innovation and endless reinvention will live on forever.

360 Reality Audio is a new immersive music experience that uses Sony’s object-based 360 Spatial Sound technologies. Individual sounds such as vocals, chorus, piano, guitar, bass, and even sounds of the live audience can be placed in a 360 spherical sound field, giving artists and creators a new way to express their creativity. Listeners can be immersed in a field of sound exactly as intended by artists and creators. Music content created in this new format for 360 Reality Audio can be enjoyed through compatible music streaming services Amazon Music Unlimited, Deezer, nugs.net, and TIDAL.

Previous: Hubert Phipps and ARES Modena Collaborate to Launch New Art Exhibition on view until January 31, 2022
Next: 3 Ways to Develop a Winning Mindset and Achieve More in 2022