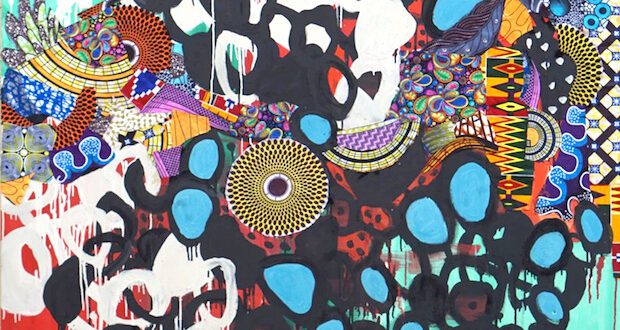 WESTWOOD GALLERY NYC presents “Danny Simmons: The Long and Short of It,” a solo exhibition of paintings, textile assemblage, and works on paper by the Neo-African Abstract Expressionist. This is the artist’s first solo exhibition with the gallery and includes new artwork as well as historic work from 1990s-present. The exhibition is curated by James Cavello in keeping with the core gallery program. Danny Simmons is exclusively represented by Westwood Gallery NYC and the exhibition will be on view from September 10 – November 12, 2022. 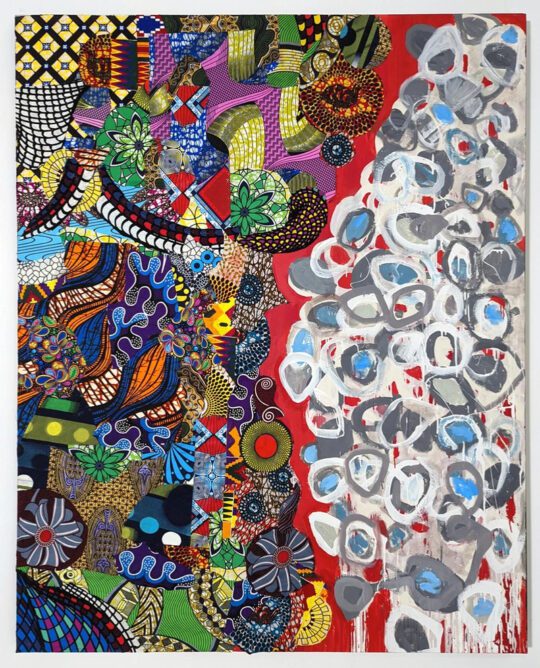 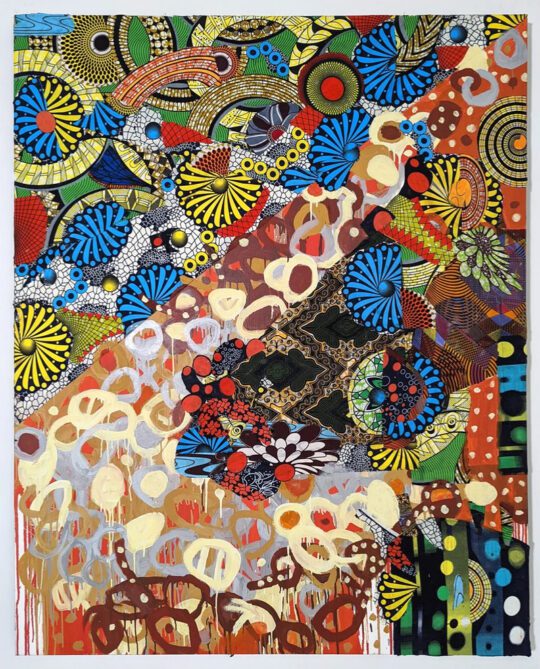 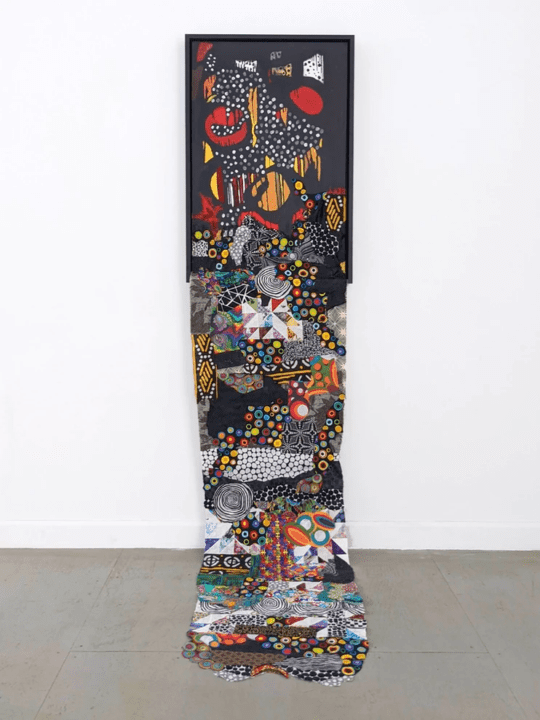 Danny Simmons is a self-taught painter who focused on his art career from the late 1970s. His initial series of works were developed in 1992 with a strong interest in Surrealism, inspired by artists such as Wilfredo Lam, Norman Lewis, Cy Twombly, and Ouattara Watts. Through his natural inclination toward collecting and studying tribal and African art, Simmons began to see patterns in the markings and iconography. Although many of his early paintings and inspirations were figurative abstractions, Simmons organically transitioned his work to non-representational as he moved to incorporate his connection to the cultural signs and symbols of tribal artists and artisans and reappropriating African forms from Modernist history.

“Part of my visual cues which I did get inspiration from is the art of Africa or indigenous arts all around so long before I used any of the fabric, I would note the patterns. This includes textiles from Ghana, body paintings from Africa and other parts of the world.” 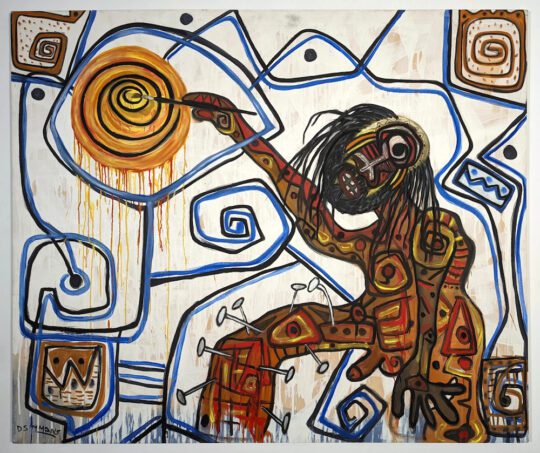 “The Painter” (1999), on view in the exhibition, provides a view of Simmons’ earlier work, which evolved organically into his own movement he titled, Neo-African Abstract Expressionism. As he moved into more abstract expressionism, Simmons developed a quiet process and methodology, which represents a transfer of energy, reminiscent of the spiritually charged Minkisi figures from the Congo, which transfers spiritual power into an artist’s carved wooden figure.

As he attained full abstraction in the 2000s, Simmons began to utilize dots as the primary visual motif in his paintings. The dot patterns emanated from indigenous dot painting techniques, used as coding for sacred stories and ancient iconography. In the last decade, Simmons incorporated collaged textiles into his paintings, sourcing his inspiration from African weavings and symbolically patterned cloth. The unique quilted assemblages are applied directly onto the canvas and in recent works, Simmons creates long trails of fabric cascading beneath the painting. 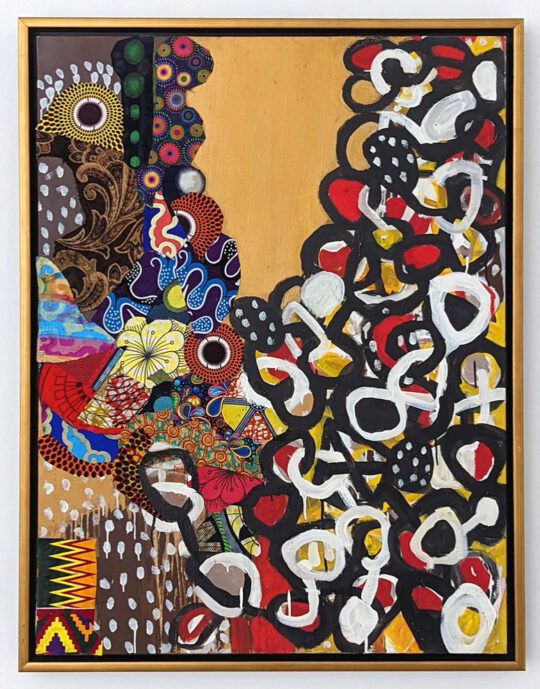 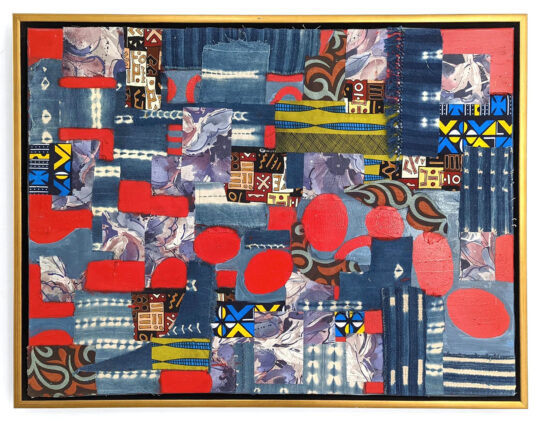 In his studio, Simmons is surrounded by his large collection of African art and sculpture from Congo, Mali, Ivory Coast, Liberia, Benin, Guinea, Burkina Faso, Ghana, West Africa, and many other nations, which for him, provides an artistic energy field. African power figures have been a compelling influence in the creative spirit of Simmons for 30 years.

“My concept is to place spirit into the creation of my artwork much like indigenous artisans place spirit into inanimate sculpture. My technique is to paint in complete silence and isolation and hopefully allow intellect and spiritual influence to guide my painting.” 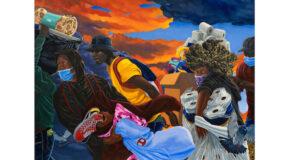