George Billis Gallery is pleased to announce Danny Simmons and his latest work at the New York location. The exhibition titled Alone Together , will run from September 3 through 28, 2019. 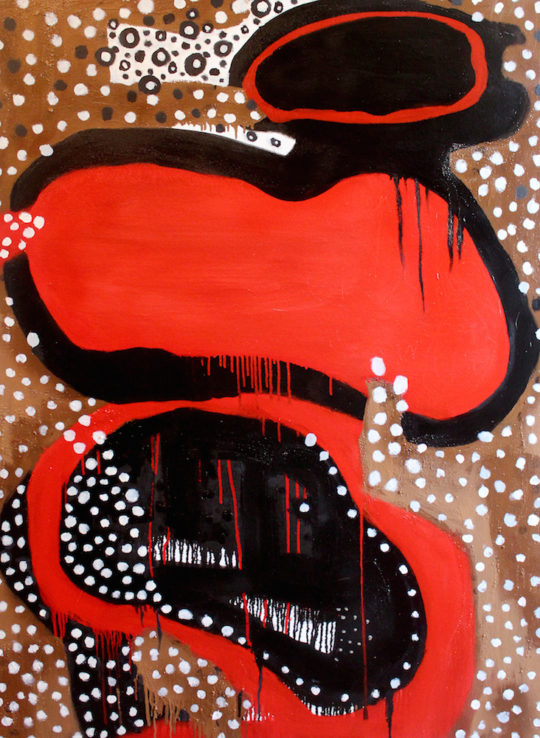 Alone Together exhibition is about breaking down the walls we put around ourselves and the boxes we put others in. Through Creative Diversity and Inclusion we celebrate American Artists and their personal vision. We recognize that in our differences there is strength. In our uniqueness is commonality.

Through the artist’s work we will start a conversation. A conversation that will begin to build a world anew. A world where we must not only recognize and discuss our differences, but celebrate them. Through creativity we begin to share our most potent power – our humanity. Together we rise. 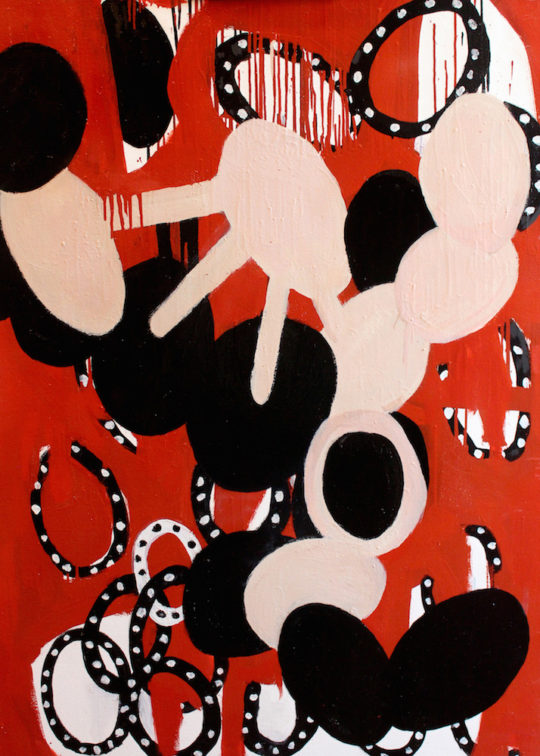 The public reception will be held on Thursday, September 12th from 6-8pm.

The gallery will offer private viewings by appointment only.

Danny Simmons, Jr., is an American abstract painter from Queens, NY, who once coined his particular style of painting as “neo-African AbstractExpressionism”.

Raised by parents who emphasized the importance of education as well as individualism, Danny embraced fine arts while watching his mother, also an artist and painter. He’d eventually take on her love for painting and his father’s love for the written word – becoming renowned in both avenues of expression. The New York Times, in reviewing one of his art exhibitions, stated that Simmons “injects freshness” into his abstracts, and that they are “meticulously rendered and decoratively impressive”.

Today, his works appears in prominent locales around the globe, including: Brooklyn Academy of Music, Brooklyn Museum, Chase Manhattan Bank, Deutsche Bank, Schomburg Center for Black Culture, The Smithsonian and The United Nations.

Simmons is co-founder, along with his siblings, music mogul Russell, and hip hop legend Joseph Simmons aka “Rev Run”, and president of the Rush Arts Gallery. He is also founder and VP of the Rush Philanthropic Arts Foundation, a 501(c)3 organization “dedicated to providing disadvantaged urban youth with significant arts exposure and access to the arts”.

He is a former board member of the Brooklyn Museum, the Brooklyn Public Library, the New York Foundation for the Arts, and the National Conference of Artists. And his own works have been obtained by art lovers and renowned celebrities everywhere, including: music industry executive/producer Lyor Cohen, film director/producer Stan Lathan, musical producer Andre Harrell, actor Ron Perlman, renowned businessman Olivier Sarkozy, actress Annabella Sciorra, actor Will Smith, and many others. Danny Simmons holds a Bachelor’s degree in social work from New York University, a Masters in public finance from Long Island University, and is the recipient of an honorary PhD from Long Island University. He continues to thrive at his ‘home gallery’ in Philadelphia, PA.

The George Billis Gallery marks its 23rd year in the Chelsea Art district and its sister gallery is located in the burgeoning gallery district of Culver City in Los Angeles.