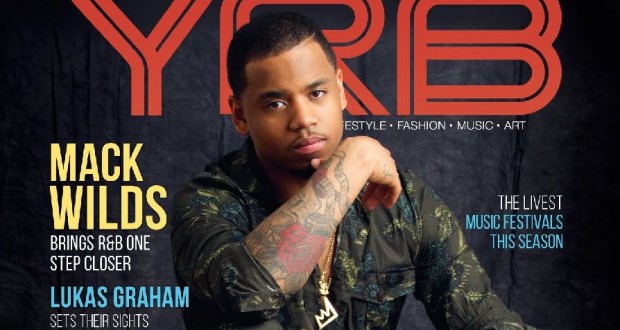 You may recognize him as the hottie in Adele’s “Hello” or from the VH1 TV movie, “The Breaks” but what you might not now is that Mack Wilds, is no stranger to the limelight.

From hanging out as a young boy on the streets of Staten Island with Wu Tang Clan to getting schooled in the world of art by Swizz Beatz, Wilds, who has starred in “Miracle Boys”, “The Wire”, “Red Tails”, and “90210” has got the ambition and talent that will carry him for years to come.

We caught up with the 26 year old “Love in the 90z” crooner via phone while he was on set in North Carolina shooting “Shots Fired” a pilot show that will debut on FOX. 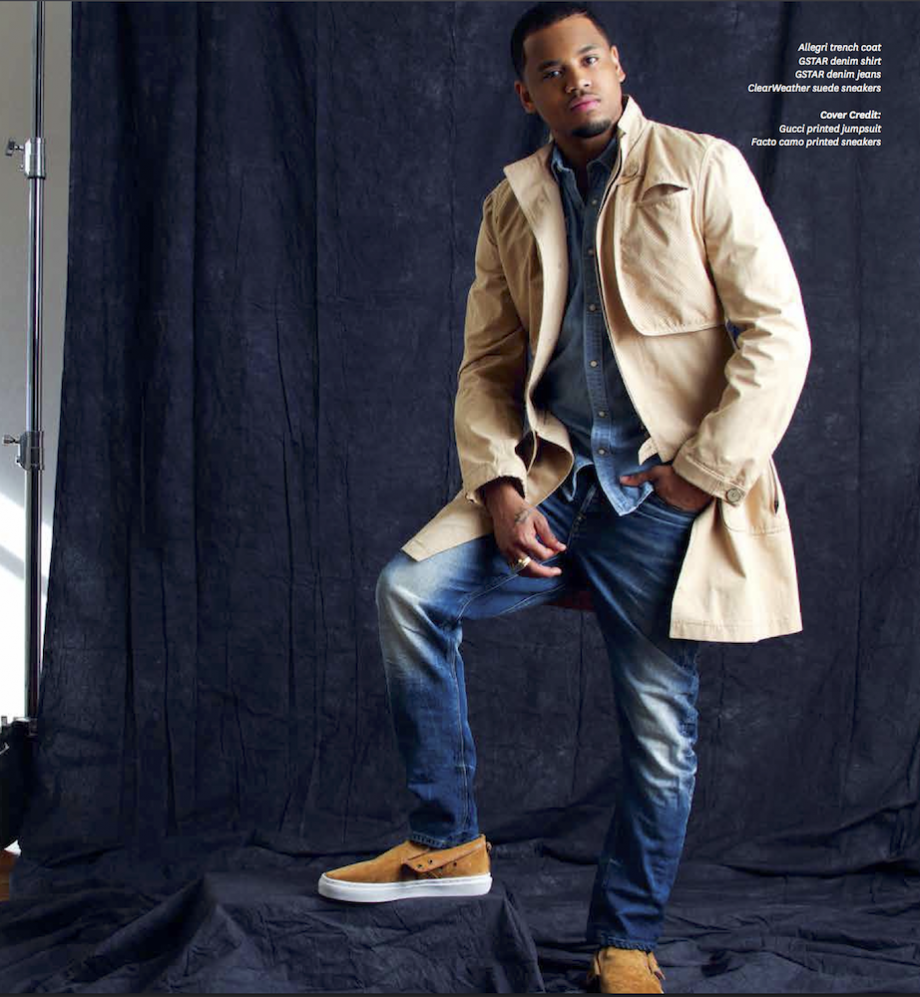 YRB: I dig your new single, “Money Dance II” with Rick Ross. What was it like working with him?

Mack: It was pretty dope. My friends over at the J.U.S.T.I.C.E. League set it up. Automatically, they had an idea for the song and they wanted me to jump on it. I’ve known [Rick] Ross before anyone knew I was even doing music. We’ve always have an amazing relationship.

Mack: It’s more of a tribute thing. I’d just got finished doing the “The Breaks”, so in my mind I was still in the 90s and understanding the amount of love, creativity and prosperity there was [around] at that moment. You could feel it, you could see how everybody connected with each other. The camaraderie was at an all time high, so to create a song like ‘Love In the 90z,’ you have to evoke the same feelings that came from that time. And of course, I was very young, but you’re never too young to experience what love feels like. That time felt differently. Instead of love now, let’s love like they did back in the 90s. 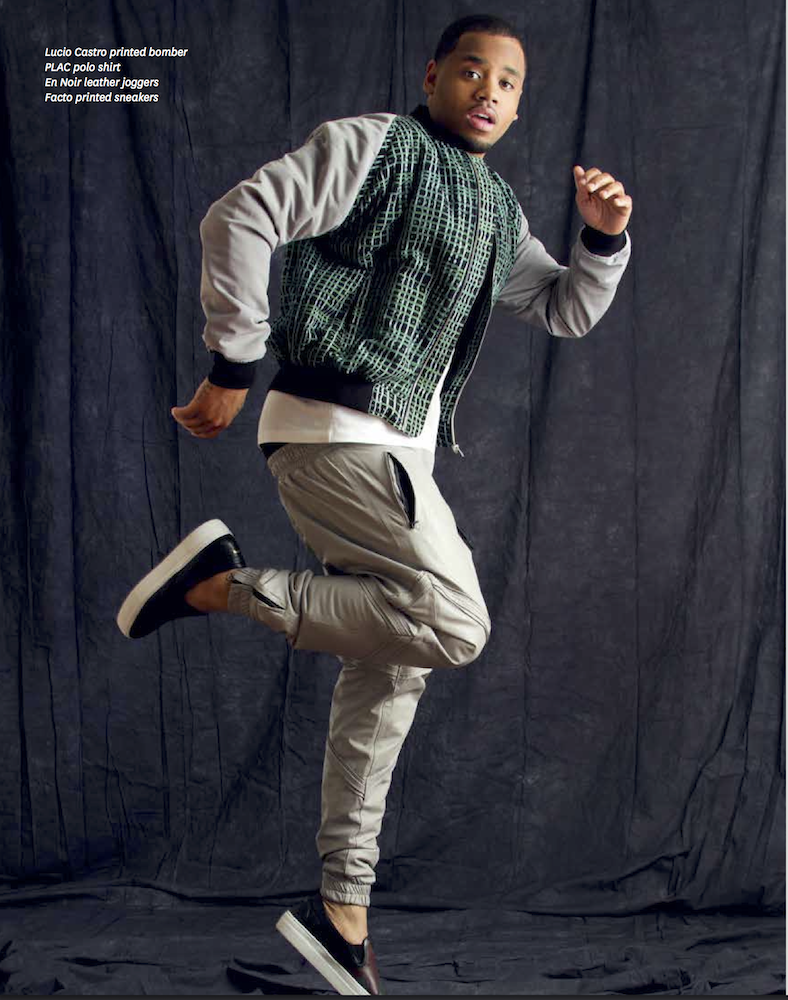 YRB: You filmed the video for the single on the infamous street where “Do the Right Thing” was filmed. Did you talk to director Spike Lee beforehand?

Mack: Yes, I got a chance to speak with Spike and just ask him for permission. It’s a classic and you don’t want to mess it up. He was like ‘Let me see what you got’ so it was one of those show and prove moments. He’s amazingly cool. He’s like the coolest uncle in the world. He speaks the truth whether you like to hear it or not.

YRB: There’s so many songs to choose from, but if you could, what would be some of your favorites from that era?

Mack: It varies. R&B and Hip Hop were amazing at that time. So you can definitely put A Tribe Called Quest’s “Electric Relaxation,” up there. Wu Tang Clan’s “Protect Your Neck”, Notorious B.I.G.’s “Juicy”, Soul For Real’s “Candy Rain”, and Tevin Campbell’s “I’m Ready”. Add in: Boyz To Men, Jodeci, and the list goes on and on.

YRB: If we had a time machine and you had a chance to spend the day with someone who passed away in the 90s, who would it be?

Mack: Tupac Shakur. He seemed like he had so much to say and had such a short time to get it out. I would honestly spend the day with him to be inspired. He seemed like the kind of guy to inspire people. From everyone that I’ve talked to that worked with him or knew him, it seemed like he was very much an inspiring guy. 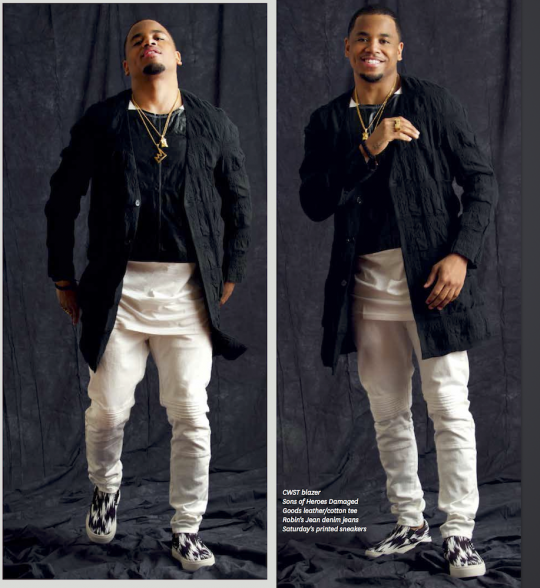 Mack: Absolutely. They are probably one of my biggest inspirations in the world. I grew up around them.

When I was a kid my dad owned a barber shop in the middle of the neighborhood. From Raekwon to Method Man to RZA. I have vivid memories of being around them when I was a kid and then growing up and jumping into music and having Raekwon, Ghostface Killah, and Meth help me along the way, and even when I forged my way into acting having RZA give me tips. They were always right behind me 200 percent of the way.

YRB: Did they offer you any memorable advice?

Mack: I think probably one of the greatest things I’ve ever heard – not just from them – everyone says it in their own way, is to stay persistent. A lot of people fall to the wayside and get scared when they see things aren’t going their way. If you want it bad enough, you’ll get it. It’s one of those lessons that gets sprouted in several different ways. 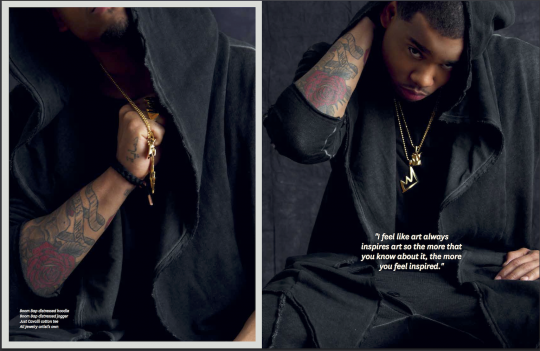 YRB: What was it like working with Adele? She’s really in a class of her own in some ways.

Mack: Adele is one of those people who can literally be great at anything she does. And she loves what she does so much. She loves her art, she loves her son [Angelo, 3] everything that she has going for her right now. When Xavier [Dolan] called [about the video] and said we need somebody who can actually handle this, I was flattered and jumped at the opportunity. Me, Adele and Xavier went to Montreal, and we sat in a room and created the music video with our own bare hands.

YRB: I kind of wanted you and Adele to get back together at the end of the video.

Mack: Not every story has a happy ending. We wanted to show that life is life and sometimes it keeps going. YRB: So do you have a romantic someone in your life right now?

Mack: Not as of now. 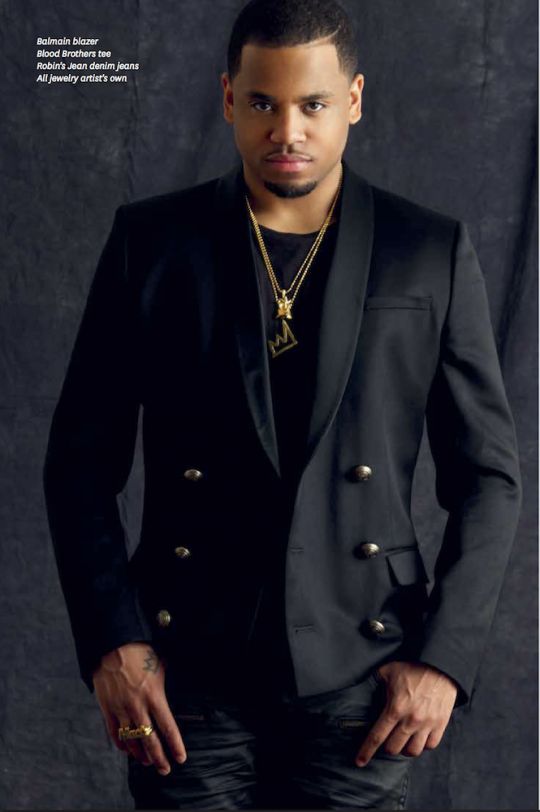 YRB: What do you look for in a partner? 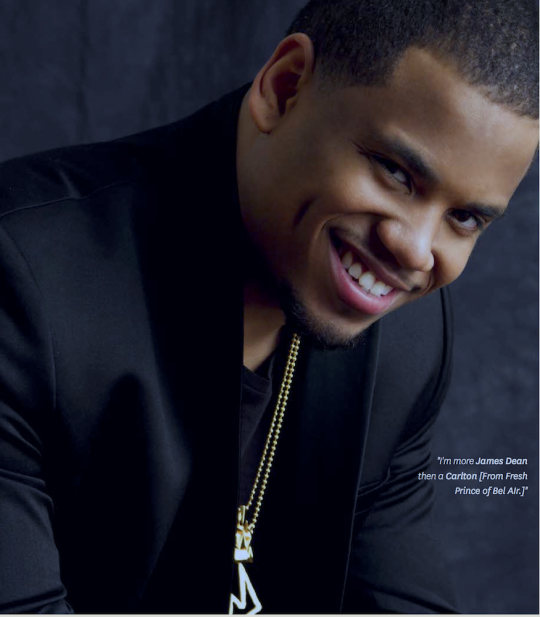 YRB: You’re 26 now, what do you want to accomplish ten years from now?

Mack: Man, I would want to have more movies under my belt, some movies that I’ve produced and maybe directed myself. Probably have curated a few art exhibits and a few more albums out. And Lord willing some more awards. (laughs.)

YRB: What kind of art would you be interested in creating?

Mack: I’m just a fan of art. I have friends who are photographers. I have some friends that actually do fine art and because of that they’ve helped my pallet grow. Swizz Beatz is like a Mr. Miyagi for me. He’ teaching me a lot about art. It keeps my mind open. Just before anything else that I do, I feel like art always inspires art so the more that you know about it, the more you feel inspired.

Mack: I’m pretty much a comfortable guy. One of my friends told me my style is like an all American remix. I love the right denim, and a clean T-shirt. Very minimalistic. My remix comes from the stuff I add onto it. Maybe a hoodie or the jacket or sneakers that I have on. I would say it would have to be comfortable mix between all American and urban. 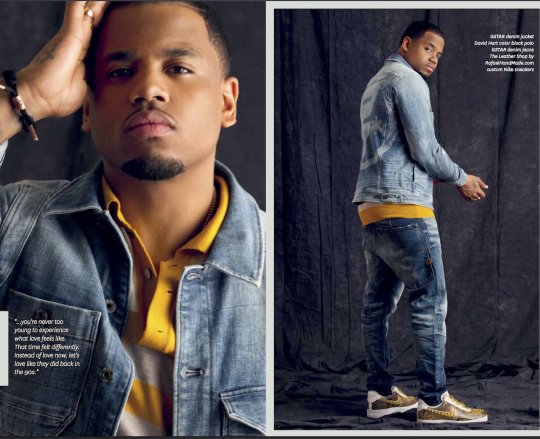 YRB: Like preppy and urban? Mack: [Laughs] No, I’m more James Dean then a Carlton [From Fresh Prince of Bel AIr.]

YRB: Tell us about your upcoming projects.

Mack: ‘The Breaks’ just got picked up into a series. We’re shooting that this year. And my album is coming out very soon, probably in the fall.

YRB: Do you still visit Staten Island much?

Mack: My mom and dad are still out there so I go home as much as I can. And also to visit my nieces, nephews, brother and my sisters.

YRB: I’ve actually never been there.

Mack: I don’t know anyone who’s ever been to Staten Island (laughs). There’s not much to do yet. I know right now they’re building The New York Wheel by the ferry and making it feel like a whole tourist attraction and turning downtown into something big. There’s nothing to do as of yet, but there will be soon.

YRB: That New York Wheel looks scary, but then again, I’m afraid of heights. Would you ride on it?

Mack: Of course. After filming “Red Tails” my fear of heights – or lack thereof – has disappeared so now I’m so gung ho about the whole thing of heights. It makes no sense.