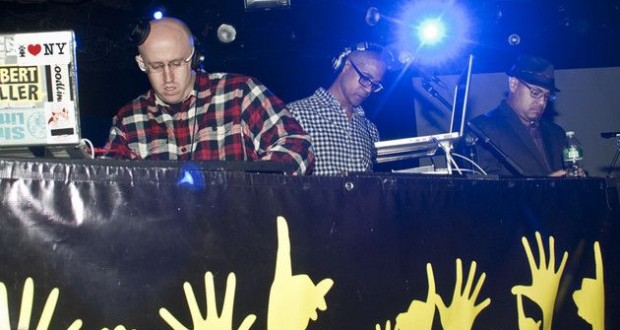 DJsHerbert Holler, Cosi and Marc Smooth have the remedy for your week-long blues. If you are a soulful jones who loves Chubb Rock more than Rick Ross, the Freedom Party’s 10th Anniversary at Central Park Summerstage is what you need.

From their current residency at (Le) Poisson Rouge (LPR), in the West Village, NY the triple threat DJs keep us sweating and forgetting the world outside. if only for a few hours at a time.

This Tuesday, check off the list for a baby sitter, play clothes and train fare. At Summerstage, the DJ’s will keep the crowd jumping; then Cameo will come out to keep everyone blissfully afloat.

And, after the grass is steadily stomped, Freedom Party takes the groove to their home base — LPR — for a great after-party.