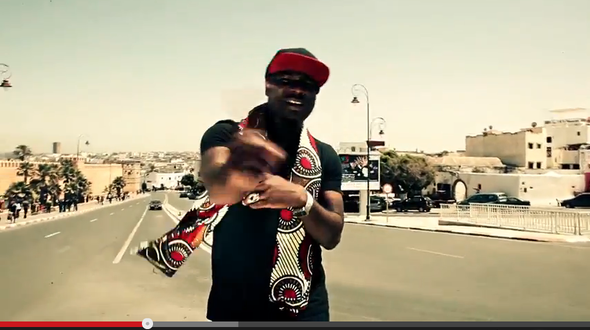 Posted by: Jonn Nubian in Music

Blitz the Ambassador, the Afropolitan rapper from Brooklyn-by-way-of-Ghana, released a brand new video for “Dikembe”, the lead single off his forthcoming The Warm Up EP (due out August 6).

Blitz has been touring the world for the past several years, playing major festivals across Europe and South America with his live band, The Embassy Ensemble, but “Dikembe” is Blitz’s first new offering since his 2011 album, Native Sun.

Shot on location in Morocco, the video features Blitz spitting rapid fire flows, while riding through the streets of Rabat on a flatbed, with the North African city scape sailing by in the background.

The Warm Up is a prelude to Blitz’s third full length album, Afropolitan Dreams, slated for release later this year. The album will be Blitz’s first since 2011’s Native Sun, and features guest appearances by Afro-German chanteuse, Nneka, Brazilian rap luminary Emicida, 20Syl from the renowned French turntable crew C2C and more.