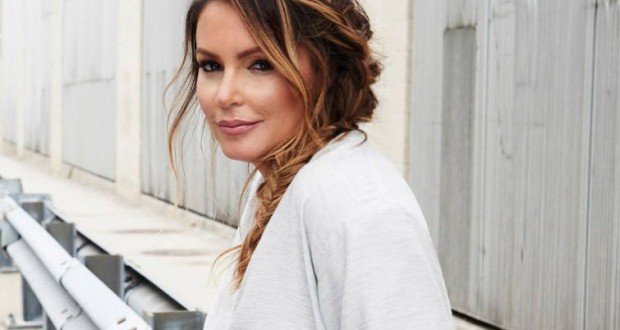 IN A CAREER SPANNING OVER TWO DECADES, ANGIE MARTINEZ HAS SOLIDIFIED HERSELF AS MUCH MORE THAN A POPULAR RADIO HOST – SHE HAS BECOME A TRUE ICON IN HIP HOP HISTORY.

WHILE ANGIE ADDED “AUTHOR” TO HER IMPRESSIVE RESUMÉ LAST YEAR WHEN SHE CO-WROTE HEALTHY LATIN EATING, IT IS HER NEW MEMOIR MY VOICE THAT IS EARNING PRAISE FROM FANS AND CRITICS ALIKE. 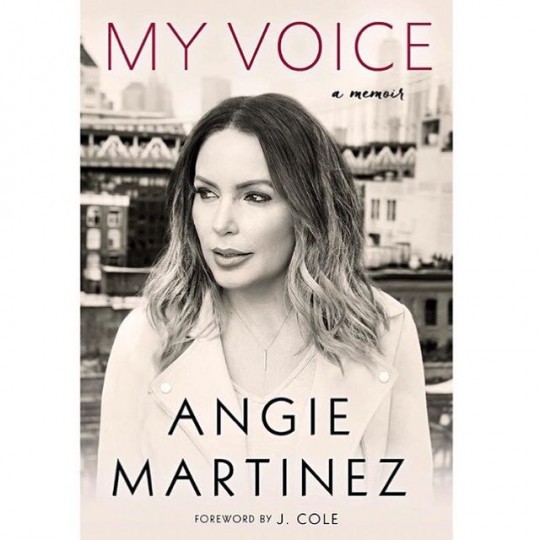 THE BOOK ACTS AS MUCH AS A TIME CAPSULE AS IT DOES A PERSONAL STORY FOR MARTINEZ, WHO SHARES CRAZY MEMORIES LIKE UNWITTINGLY SMOKING CRACK WITH HER FRIENDS AS A TEENAGER, AS WELL AS PIVOTAL CAREER MOMENTS LIKE A HEATED MEET-UP WITH TUPAC OVER AN INTERVIEW SHE REFUSED TO RUN.

A WOMAN FOREVER IN LOVE WITH HER HOMETOWN, ANGIE INVITED YRB TO SHARE IN A TOUR BUS TREK THROUGH MANHATTAN TO SCOPE OUT SOME OF HER OLD STOMPING GROUNDS, COMPLETE WITH A STOP IN WASHINGTON HEIGHTS FOR A BITE OF MOFONGO. ALONG THE WAY, WE LEARNED MORE ABOUT HER INCREDIBLE JOURNEY AS CONVEYED IN MY VOICE, HOW SHE PERCEIVES THE GAP BETWEEN GEN-X AND MILLENNIALS, AND MORE.

YRB: Which story in your book was most difficult to write and why?

Angie Martinez: 9/11 I think, and I didn’t expect that, because I didn’t start it with any agenda. I just kinda started trying to recall the day, but as I was writing it I was remembering all the details of how I felt and the fear. Everybody always talks about the tragedy, devastation, and the sadness. We all know that, it’s a part of history, but I was scared too. In the middle of writing that, I remembered those feelings of sitting in the house, looking around thinking “is my building gonna be next?” So it brought up a lot of that, which I didn’t expect.

I’m finishing up the audio book right now and even reading it back I had to stop twice because I got super choked up and emotional during it for multiple reasons. Number one being, it’s the most tragic event in our lives and in our city.

On a smaller scale in terms of me writing my book and my career, it made me feel like I wanted to use my voice to maybe give people some comfort. In the book I talk about finding my voice, using it, and finding revelations about it and 9/11 was one of those. I was sitting home, scared, and my boss was like “You need to get on the radio. People need to hear you. This whole thing is already so foreign and they need to have a sense of normalcy. You need to get to work.” Having that understanding, it was an emotional chapter for me.

YRB: You have mentioned wanting to educate and bring generations together. From your perspective, what do you think the millennials are doing right, and where do you think people should step up?

AM:  There’s a lot of independence in what they do. I think social media gives them a freedom that we didn’t have coming up. I think it gives them a greater freedom in how they want to present themselves, promote themselves, even in the music that they make. Like “ok maybe they’re not buying it, maybe they’ll stream it.” There are more ways to put your music out. I think that’s good and the spirit of Hip Hop, being authentic to just finding what your shit is.

I think one of the things that we can do better on, actually is two things. Protecting the culture; the history of it, the future of it, how it’s portrayed in the media or just in general. Also galvanizing, getting together to stand for something… like when you take it back to eight years ago how everybody kinda came together to put the President in the White House and stood around him.

I won’t mention names, but I had dinner with a few millennials the other day and I was talking about that [subject], because they were saying “hey we like Bernie (Sanders)” but they weren’t doing anything about it and they said “He’s not gonna win anyway”. I would like their spirit to be “how do we get this to happen” like we did with Obama. I would like to see a little more confidence, assertiveness, and pushing the culture forward as a whole.

YRB: You are meeting a lot of young, new talent every day. What advice would you give young artists about this game to learn longevity?

AM: That there are peaks and valleys especially now because times are so noisy. If you do something good or bad everybody knows it. But those are just moments. The grind has to be consistent, so to not get too caught up. It’s so easy in the noisiness of “You’re so hot! You’re on fire this week!” , but that doesn’t mean in two months that’s gonna matter. I would just remind them to stay consistent, stay at it, and that it’s a long haul and not a short race. You want a career, you don’t want a moment.

YRB: You’ve been a radio host, performer, an artist manager, author,and so many different things, are there any other goals that you want to put on your plate? 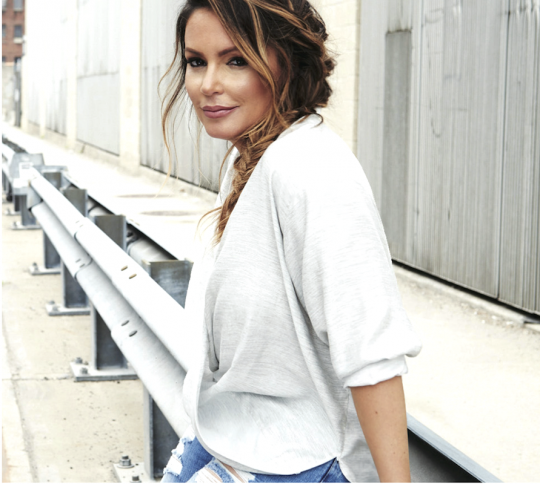 AM: Television; producing a show or maybe being part of one. Just kind of really having a space in television that feels authentic to who I am and authentic to my voice and also more writing. This kinda opened my palette up to what this feels like and I feel like I’ve been looking at things different since I’ve went through this whole process. It makes me want to tell more stories; not just my own personal story but other people and documenting stuff. Something in that kind of space. I’m still trying to figure out what the next phase is, so I don’t have all those answers.

YRB: Could you see yourself doing something else in your life that didn’t involve entertainment?

AM: No. I think things could be meaningful. I think I’m motivated by all different types of causes and helping people and things like that, but in terms of my creative and getting my juices flowing I don’t know what else I can do. I couldn’t be an accountant or teacher. My heart wouldn’t be in it. I think I’m exactly where I’m supposed to be.

YRB: What do you want people to know most about you as a woman at this stage of your life?

AM: That I am somebody because of what I love, and because of my passion I was awarded a lot of opportunities and I did my best to not miss an opportunity, and do it with integrity. I pride myself on being consistent and working hard and beings somebody that could make people proud, [as someone] who represents the culture. I care about that. I care about how people look at us. I care about how I’m perceived not just for myself but as a representative of what this is. There’s more to come!

Previous: YRB presents The Next To Shine Issue Covers featuring @ZaraLarsson @MackWilds @LukasGraham
Next: The growth in app gamification