In the Summer of 1999, Ros Stone conducted an online chat with Marc Ecko  who used the screenname ENYAMOUTH via AOL Instant Messenger. The transcript was unedited and was later printed in the very first issue of YRB Magazine later that year.

Yellowrat1: Hey. How are you?

Yellowrat1: I’m really into this IM interview
Looks like you guys at Ecko are pretty web savvy
too I just took a look at your website. It
very nice.
Enyamouth: Thanks…we are re-launching the
website in a week or so as “ecko.complex.” Much
hotter then it is now….we have a real on-1ine
initiative for the new year

Yellowrat1: So how and when did you decide to
become a designer?

Enyamouth: It’s modeled after slashdot.org…as a real time community. It also
has an interesting spin to retail. Jedi secrets. . .stuck in a business plan

Enyamouth: Becoming a designer was accidental.

Enyamouth: I always considered myself.. .an
illustrator/ graffiti artist. I intended to
become a pharmacist. But after… .almost failing
inorganic and medicinal chem. . .I said I’d
probably be a better “something” related to art.
It just turned out to be fashion

Yellowratl: huh. interesting. You’re the guy
who designed the Yellow Rat Bastard store in
Soho. How did you come up with the idea?

Enyamouth: For years I beat up on Isaac and
Aaron on how wack their other retail locations were. I used to tell them that I want to design
a store for them. After asking about a thousand times, when they signed the lease….they called me. Of course I said yes….they assigned me a budget and then I got busy

Enyamouth: The idea spawned from a Frank Miller comic book called “sin city”. .. .there was
one issue called “Yellow Rat Bastard. ” From there the juices just flowed.

Enyamouth: When we looked at the floor plan of the physical space.. .I was like what the
fuck…you expect me to design a store that ‘s
basically a tunnel??? It was so long and thin… .What was I to do??? So I simmered in it
and said let’s make it an event store. ..1ike a Warner Brother ‘s store or Disney, just on acid
and with a shitty attitude. The graffiti was an easy extension of what I was doing at Ecko
Proper. The artwork was courtesy of “Mear” while he was over at Conart

Yellowrat1: The shitty attitude is definitely something we are trying to carry over into the
magazine. There is really a wealth of ideas in that store for a magazine

Enyamouth: No doubt. Do you know about the rats in the window story???

Yellowrati: hell yes. The publisher told me that story, plus I’ve seen articles posted on
the web about it. What did you think of that whole thing?

Enyamouth: That was my partner Seth Gersberg’s idea. He organized the whole stunt. It was
brilliant. They were fucking rats, they were better off in the window, rather than getting
infested with HIV or sickle-f’ing cell in some lab!!

Enyamouth: YRB can be everything. It is everything urban minded and otherwise. It’s
about having a sense of humor…about living.

Enyamouth: Did I just say that or think that???

Yellowratl: you said it. that’s ok, I understand these things. I can delete it if you
want.

Enyamouth: Cool. I don’t give an “F”..I was being silly

Yellowrat1: how old are you?

Yellowrat1: where did you grow up.

Yellowrat1: and you went to Rutgers for a while right?

Enyamouth: All I learned in college was about Sally Mae. How to collect debt

Yellowrat1: that ‘s ok. your much better off
this way, I am sure. Can you talk a but about how your childhood may have informed your
designs?

Enyamouth: In 5th. grade there was a book that came out called “Subway Art”, by Henry Chalfant. It was the only thing that distracted me from intellivison and comic-books

Enyamouth: Urban cultured was a major part of my growth as an adolescent. I didn’t grow up
listening to Aerosmith, I grew up listening to UTFO and Jungle Brothers and Alexander O’ Neal
and 98.7, when it was the hot shit. It just is in my soul

Yellowrat1: Have you ever thought about doing women’s clothing?

Enyamouth: Funny, we just launched our new women’s apparel and footwear line this past
Monday. Rave reviews.. .I am very, very proud.

Yellowrat1: good, good, good. I look forward to it

Yellowrati: do you want to talk about your upcoming lines?

Enyanouth: The theme for fall 2000 is Ritalin

Yellowrat1: for you or for fashion? fashion is so fucking weird. what does that mean, exactly?

Enyamouth: My collection…I’m serious. I will be showcasing a collection that features
Marvel Comics, Playboy, Keith Haring, Miles Davis, De La Soul and Ecko proper art archives.
It’s about being all over the place…feeling what you want to feel for the moment. Constant
elevation….distraction….video games. It’ s ill. It’s about technology evolving faster than
me and you, and us as human’s. It does shit to our evolution. Attention Deficit Disorder is
like the common cold.

Enyamouth: while you are trying to type back response

Yellowrat1: what a great concept. what role does Playboy play in your new line? and, yes,
the internet and the IM conversation especially is perfect for ADD types. Sometimes not being
able to focus on one thing is a good thing.

Enyamouth: I have licensed all of those archives. ..it’s going to be brilliant. Very new.

Enyamouth: I am doing the Playboy Sweater collection. Inspired by Hugh Hefner, designed
Marc Ecko. I am also launching a new brand called “The Physical Science” or “Phys.Sci.”

Enyamouth: Playboy is letting me do whatever want.

Enyamouth: Phys. Sci. is all sport related….I am launching it with the NFL. I have access to a 2.2 million photo/art archives It’s amazing.

Enyamouth: Some of the art from the 60’s and 70’s looks like Futura’s work today…
aesthetically speaking of course. Only it’s imagery of footbal1. Imagine Prada Sport meet
the NFL. Feel me?

Yellowratl1: yes. interesting. how do you feel about having this interview on the internet?

Enyamouth: I prefer this internet thing, my quotes come out more accurately

Yellowrat1: Good. I like it too. what is the significance of the rhino?

Enyamouth: The rhino was a way to say Ecko without having to say it. It’s got a clumsy
poise…a sort of mythological thing with the horns…and simply, it’s a survivor. That is
Ecko.
Yellowrat1: I like the rhino. a very good animal to have as a logo. Well, our two hours
are up. thanks for everything.

Enyamouth: Thank you. ..you are real cool. Stay up.

Yellowrat1: thanks. congrats with everything. I dig your clothes, by the way. I’m looking
forward to the girlie stuff 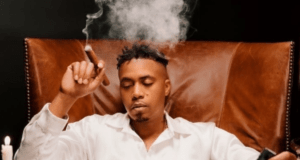 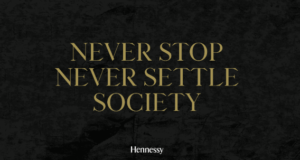 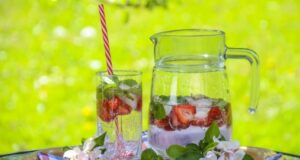 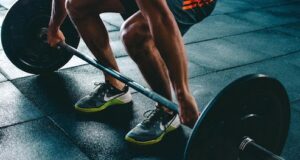 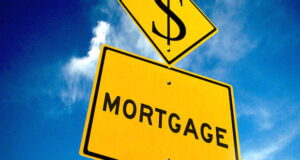 442 years ago, foreigners in large ships came from

Shinju, which means pearl, was born from the slope