This issue is a celebration of the 20th anniversary of the first issue of YRB Magazine!

Originally published in the Fall of 1999, The publication was a hybrid catalog that transformed into one of the most influential magazines in the world. It includes high-resolution scans from the source material with some digital enhancements and bonus content to provide context of the last year of the 20th century. Featuring The Arsonists, Bobbito The Barber, The Donnas, Marc Ecko, Moby, and more!

Click here to purchase a copy of the print edition 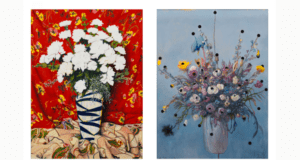